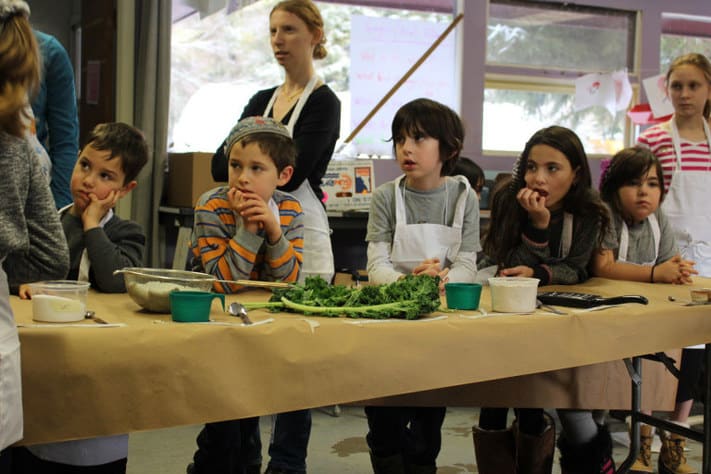 What strikes me most about this week’s parsha, Behaalotecha, is the kvetching. The parsha (Torah portion) spends an entire chapter retelling several instances where the Jewish people complained endlessly. So, what can we learn from this?

As an outdoor educator who works with children, and who supervises other educators, I too encounter whining. What interests me most about this parsha are the descriptions of the different ways in which Moshe and G!d react to their cranky people. I think that there is a lot to learn from how Moshe in particular, as leader, caretaker, and educator of the Jewish people, responds to the incessant whining.

Before I go any further, full disclosure: I am totally a whiner. I get cranky, and I express it in ways that I am not always proud of. So I get it. I can’t imagine it was easy to wander aimlessly through the desert for 40 years, and there were probably lots of things to be cranky about. But, in Behaalotecha, the Children of Israel’s complaining takes on a whole new level.

“The people took to complaining bitterly before Hashem and the Lord heard and was incensed.” –Bamidbar 11:1

How does Moshe respond to this first instance, when G!d becomes so incensed by the complaining that “a fire of the Lord broke out against them, ravaging the outskirts of the camp” (Bamidbar 11:1)? In this moment, Moshe holds compassion for the people he is responsible for, and prays that Hashem will have compassion as well. Responding to Moshe’s request, G!d stops the fire, teaching us that compassion can quell the fury of G!d and the grumblings of the people.

Ideally, I would always respond to complaining from my students with compassion. However this is more easily said than done. As part of my job as Teva’s Education Coordinator, for example, I sort the students into electives. Part of this job is directing traffic as students find out their electives to make sure that everybody knows where they are going. Inevitably, student after student comes up to me, kvetching about how I placed them in their second choice elective, and not their first, and could they please switch because all of their friends are in that other activity.

While sometimes I find it easy to remain compassionate towards one complaining student, I find that my patience wanes when it is many students, one after the other. We see this happen to Moshe in the next section of the parsha. A single verse after Moshe has convinced G!d to quell the fire against the people, the Israelites are complaining again. This time, the Israelites are kvetching about Mana and about how they miss the cucumbers and the meat of Mitzrayim (Egypt).

While Moshe remained calm and compassionate in the first instance of whining in this chapter, by this point Moshe can no longer bear the complaining. He exclaims to Hashem that he “cannot carry all these people by myself” that if they are going to continue to behave like this he would rather G!d kill him.

I really relate to Moshe in this moment. I have found that when complaining is directed towards me about things that I see as blessings, I have a much harder time finding compassion for the whiner. It is often hard for me to not take the complaint personally.

Think for a moment what the Israelites are really complaining about here. They are kvetching about a magical food source that falls from the sky as they travel through a landscape void of all other food. It is similarly infuriating to me when a student is sitting around a campfire, complaining that they “only get one s’more,” after I spent an entire day running around to meet all of their needs.

In this moment, G!d is the one who remains calm, and wisely takes some of the burden away from Moshe by appointing seventy elders to act as judges. For me, this represents a critical lesson in teaching: Don’t be afraid to call for backup.

While in the woods with a group of twelve eleven year olds, it can be hard to remember that you are not alone in the world, subject to the whims and emotions of complaining pre-teens. At Teva, we are blessed with culture where educators and administrators strive to support and care for each other, no matter what our students throw at us. 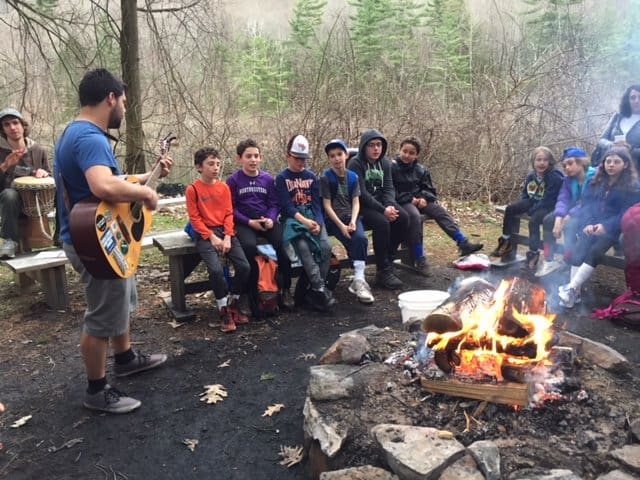 Students singing, impatiently waiting for their s’mores around the campfire | photo credit: Teva

Unbelievably, while this support makes it possible for Moshe to carry on in his leadership, the saga of whining continues. Still caught up on the lack of meat in their mana filled diet, the Israelites continue to complain. “They whined in the ear of Hashem” (Bamidbar 11:18), and angrily G!d tells Moshe that he is going to concede to their request for meat. By this time Moshe has lost all hope of appeasing their kvetching.

While we do not preach vegetarianism necessarily at Teva, our official policy is a message of meat reductionism, so we do not serve meat for the four days that the students are at Teva. Unable to imagine their life for four days without eating meat, there is often a lot of complaining about this.

When the students go through the buffet line and see “vegan pasta” on our buffet cards they make snooty comments, smirk, and kvetch “why can’t we have normal pasta.”  Similar to Moshe, I too want to lift my voice to Hashem. “Will nothing satisfy them? Don’t they know that all plain pasta is inherently vegan! What kind of kid won’t eat plain pasta?”

The last story in the chapter is about G!d sending a plague against the complainers whom both Moshe and G!d tried so hard to placate. Here, we see how giving into the complaint can end up hurting the whiner. After the story of the fire, and of Moshe breaking down, we see that while G!d concedes to the whining and gave the Israelites meat to eat, G!d is not happy about it.

“The meat was still between their teeth, not yet chewed, when the anger of the LORD blazed forth against the people and the LORD struck the people with a very severe plague.” -Bamidbar 11:33

Clearly, the Israelites did not learn their lesson. Looking at G!ds reaction in this last incident makes it very clear that concession does not equal compassion. When Moshe loses compassion for the Children of Israel, and begins to kvetch himself, he becomes unable to guide his people towards right action, and as a result G!d’s furry is incited towards them again.

Moshe turns to G!d to kvetch about the Israelites, and G!d offers Moshe support. It is ok to take the time to kvetch to about our students to our fellow educators. Often, this kvetching is the cathartic release that we need to find our compassion once again, and have the strength to correct the behavior. When students are complaining, it is important for one’s own sanity to remain compassionate.

However, this cannot be the only thing that we do. When we snap or give into complaining, to make it stop, because we are annoyed and don’t want to deal with it, we are doing a disservice to our students and ourselves. When students whine “why do we only get one smore?” I smile at them, and in my best imitation of a Yiddish speaking grandparent, I respond “How lucky you are to have one whole s’more! Wow, amazing, one s’more!” 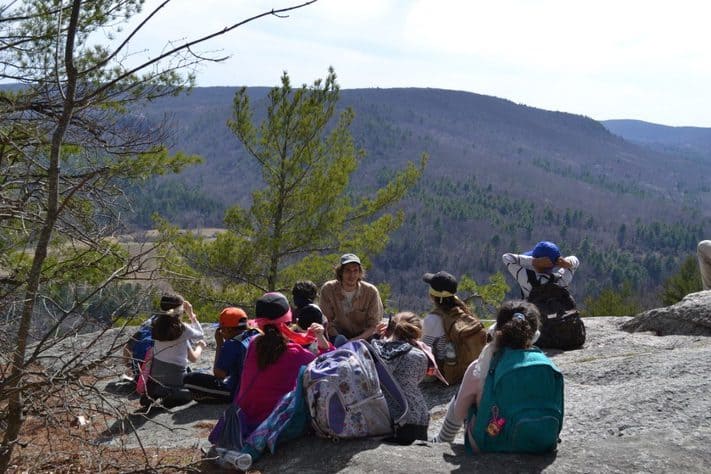 Teva Educator Jeremy Orenstein at the overlook with his students- no kvetching up there! | photo credit: Teva

While I do not think it is easy, I firmly believe that the best way to deal with kvetchers is to respond directly to their complaint. In the places where we hold onto the compassion for the complainer in front of us, while firmly reminding them that their actions impact other people, we most emulate the wisdom of our teacher Moshe.

Frances Lasday is Teva’s Education Coordinator and JOFEE Fellow. She has been working for Teva since 2016, and lives at Isabella Freedman Jewish Retreat Center. See her full bio here.

A real gift / pass this on…
Hazon: The Jewish Lab for Sustainability…