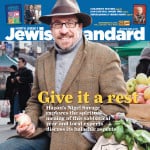 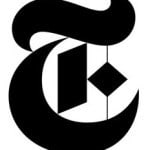 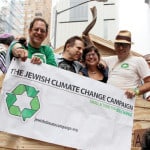 In Western Europe, a Jewish ‘Community’ is an organization. They operate like expensive members-only clubs.
By Cnaan Lipshiz, JTA, July 28, 2020

A Student’s Reflections: Inspirations out of Detroit
By Daniel Heinrich, eJewishPhilanthropy, June 28, 2020

Jewish protesters blast shofar at rallies across the country
By Ari Feldman, The Forward, June 9, 2020

Video: How to use your garden to help others during pandemic
By Sandra Ali, WDIV ClickOnDetroit, June 3, 2020

Grapevine: In memory of Nechama Rivlin (Hakhel)
By Greer Fay Cashman, The Jerusalem Post, May 27, 2020

Detroit Businesses and Schools are providing Food for those in Need
MegaCast, Civic Center TV, April 22, 2020

The Earth Needs Healing, Too, at This Time of Epidemic
By Nigel Savage, The New York Jewish Week, April 17, 2020

Creative Gardening For A Cause During COVID-19
By Corrie Colf, The Jewish News, April 17, 2020

Faces and Places: Tu B’Shevat Seder at the JCC
The Jewish News, February 18, 2020

It Takes a Community to Protect the Planet
USCJ Journeys, February 2020

The Promise of the Land: An Interview with Rabbi Ellen Bernstein
By Catherine Bell, Jewish Women’s Archive, February 11, 2020

The Art of the Yoga Practice
By Carol Berlin, The Jewish Link, December 26, 2019

Five Chicago Organizations Are Among 21 To Join Hazon Seal Of Sustainability
The Chicago Jewish Home, December 6, 2019

Podcast Episode: Genesis
By Nicole Asquith, In the Weeds, November 1, 2019

5780: The Year of Environmental Teshuva
By Nigel Savage, The Jerusalem Post, October 2, 2019

How can I celebrate the Jewish New Year when the planet is burning?
By Eve Andrews, Grist, September 26, 2019

The Empty Seat Next to You in Synagogue
By Aharon Ariel Lavi, The Jerusalem Post, September 26, 2019

Growing community: How Colorado religious leaders are farming food — and a new variety of faithful
By Adrian Miller, The Colorado Sun, September 25, 2019

This High Holiday Season, Commit To Joining The Fight Against Climate Change
By Yonatan Malin, The Forward, September 25, 2019

How my Omaha roots will help me chair Hazon
By Richard Slutzky, Omaha Jewish Press, September 20, 2019

Here are 7 things to do in your neighborhood this weekend
WXYZ Detroit, August 16, 2019

Step on board the topsy turvy bus. It runs on solar power and veggie oil
Fox 2 Detroit, July 12, 2019

Self Healing Starts With New Adventures on Your Bucket Lists
By Ben Cleaver, Thrive Global, June 14, 2019

How my years with federation will help me chair Hazon
By Richard Slutzky, New Jersey Jewish News, May 22, 2019

Where Do We Begin? The Hazon Food Conference
By Becky O’Brien, Boulder Jewish News, May 22, 2019

A Giving Gardens Club
By Vivian Henoch, My Jewish Detroit, May 7, 2019

Jewish farm plants a Garden of Eden in southern England
By Robert Philpot, The Times of Israel, April 25, 2019

Could This Ancient Jewish Practice Be a New Tool for Sustainable Agriculture?
By Ethan Blake, Yes! Magazine, April 17, 2019

Spreading the good word of sustainability
By Will Brendza, Boulder Weekly, April 4, 2019

Could the Ancient Jewish Practice of Shmita Be a New Tool for Sustainable Ag?
By Ethan Blake, Civil Eats, March 28, 2019

A ‘Headache’ Of A Family Farm Gets Rebooted As A Jewish Community, With Pickles
By Sarah Garfinkel, The Forward, March 14, 2019

The Jewish People are Divided … Here’s How To Fix It: Terrarium Design
By Bradley Caro Cook, eJewish Philanthropy, March 8, 2019

Getting Away on a Jewish Farm in Connecticut
By Selah Maya Zighelboim, Jewish Exponent, March 7, 2019

This curd nerd has been crowned the top U.S. cheesemonger
By Alix Wall, The Jewish News of Northern California, January 22, 2019

The Power of Jewish Blessings
By Rabbi Isaiah Rothstein, My Jewish Learning, January 15, 2019

Where to Find a Tu Bishvat Haggadah
By MJL, My Jewish Learning, January 15, 2019

The Best Jewish Food in Detroit
By Liz Alpern and Jeffrey Yoskowitz, My Jewish Learning, November 7, 2018

Soul-2-soil: back to life and reality at Camp Freedman
By Cynthia Hochswender, TriCorner News from the Lakeview Journal, August 15, 2018

Hazon: On a Mission to Inspire Sustainable Jewish Communities Through Transformative Programs & Events That Bring People Together
by Emily Gerson, DatingAdvice.com, February 12, 2018

The – Urgent – Environmental Agenda for the Jewish People
by Yosef I. Abramowitz, The Jerusalem Post, January 28, 2018

My Daughter, the Farmer
by Rahel Musleah, Hadassah Magazine, January, 2018

18+ Jewish Organizations to Support (That are Not the Federations or JNF)
by Rachel Brustein, Jewschool, November 29, 2017

Cycling for peace, partnership and the environment
ISRAEL21c, October 29, 2017

Hug a chicken and 4 other twists on traditional High Holidays rituals
by Ben Sales, JTA, September 8, 2017

A Feast from King Solomon’s Table
by Vivian Henoch, My Jewish Detroit, August 2017

Elul is Judaism’s New Year For Animals. Here’s What Tradition Teaches About Our Relationship to Them.
by Raysh Weiss, Tablet, August 30, 2017

The Beyond Burger Is Beyond A Vegan’s Wildest Dreams
by Isabella Alessandrini, Forward, July 23, 2017

Hazon Marches For Israel — And The Environment
Forward, June 5, 2017

From their farm to our tables
by Joanne Palmer, NJ Jewish Standard, April 20, 2017

Tu B’Shvat is an Opportunity for Vital Civic Education on the Climate Crisis, Let’s not Lose it!
by Rachel Makleff, eJewish Philanthropy, January 29, 2017

Helping the Homeless One Slice of Pizza at a Time
by Marissa Stern, Philadelphia Jewish Exponent, January 28, 2017

The Priest in the Trees
by Fred Bahnson, Harper’s Magazine, December 2016 issue

Ever cycle across Israel?
by Ken Toltz, The Times of Israel, October 26, 2016

Why Fast?
by Yedidya Julian Sinclair, The Times of Israel, October 9, 2016

Sustainability at the JCC
by JR Rich, medium, October 6, 2016

Sustaining the Soul
by David Stromberg, The Jerusalem Report, August 22, 2016

How I Got Hired: A Conversation With Morgan Dorsch
by Victoria Crispo, Idealist Careers, June 14, 2016

RETREAT! On Passover you can ‘Retreat,’ and then ‘Return!’
by Sandy Wasserman, Times of Israel, May 6, 2016

Growing the Field From Seed to Harvest: Jewish Outdoor, Food, & Environmental Education (JOFEE) Matures into its Next Phase
by Julie Botnick and Yoshi Silverstein, eJP, May 6, 2016

An Urban Kibbutz Kitchen – On the Upper West Side
by Danielle Kohanzadeh, Forward, April 24, 2016

The Israel Ride: Off the Beaten Path from Jerusalem to Eilat with Andy Roisman
by Vivian Henoch, myJewishDetroit, January 8, 2016

Why Hazon, Why Now
by Vivian Henoch, myJewishDetroit, November 20, 2015

A Celebration of Food, A Call for Justice
by Michael Bomze, Jewish Exponent, November 10, 2015

Is the Jewish Community in America Actually in Crisis?
by Joshua Ratner, eJewish Philanthropy, November 8, 2015

Holy Cow: How This Funder Found Religion in Farm Animals
by Stefanie Garden, Inside Philanthropy, November 2, 2015

Jewish Food is Subject of Rocky Mountain Festival
by JTA, The Times of Israel, September 30, 2015

Schlepping My Family to a Rosh Hashanah Retreat Was So Worth It
By Kerry Newman, Kveller, September 2, 2015

From the White House to the USDA and Back to Boulder
by Rabbi Marc Soloway, Boulder Jewish News, July 23, 2015

Selected Stories, Quotes and Ideas from Summit of Conscience
Alliance of Religions and Conservation, July 22, 2015

Cooking My Way Through the Torah
By Sarah Newman, Forward, July 19, 2015

How Jewish Is Jewish Environmentalism? by Julian Sinclair, Mosaic, May 7, 2015

The Passover Gluten of Our Affliction, by Julie Botnick, The Forward, April 5, 2015

A Jewish Perspective on Preserving, by Jacob Siegel, The Forward, March 24, 2015

To Celebrate Pesach, We Must Learn to Bake Bread, by Blair Nosan, Jewschool, March 19, 2015

Peoplehood With Purpose: A Renewable Light Unto the Nations
by Yosef I. Abramowitz, eJewish Philanthropy, January 25, 2015

Considering the Chicken by Jacob Siegel, The Forward, January 11, 2015

October 2014, eJewish Philanthropy, You Are What You Eat

September 2014, Jewish Standard, Give it a Rest

September 2014, The New York Times, In Israel, Values of a Holy Respite Are Adapted for a High-Tech World

September 2014, Haaretz, What is Shmita and where did it come from?

September 2014, Huffington Post, How the Once-Every-Seven-Years Observance of Shmita is Changing Jewish Lives

September 2014, Civil Eats, Beyond The Kibbutz: A Jewish Farm Renaissance

September 2014, JHub, What We Can Do Together

September 2014, JTA, Jews to Blow the Shofar in the People’s Climate March NYC on September 21

June 2014, The Huffington Post, Yes, Religion Can Still Be A Force For Good In The World. Here Are 100 Examples How

June 2014, eJP, How the Outdoors, Food, and Environment Leads to Increased Jewish life

April 2014, Yoga City, Torah Yoga Is Growing For Jews And All Wisdom Seekers

April 2014, JWeekly, Findings of JOFEE study to be shared in San Francisco

April 2014, jWeekly, Farm-to-table food and a path through the wilderness led me to my Jewish roots

March 2014, Heritage, Is JOFEE the new acronym for the Jewish future?

March 2014, JWeekly, Is environmental education the wave of the Jewish future?

March 2014, Jweekly, Is environmental education the wave of the Jewish future?

March 2014, The Jewish Week, The Greening Of Jewish Millennials

March 2014, The Algemeiner, After Pew Pessimism, is ‘JOFEE’ the New Acronym for the Jewish Future?

March 2014, JNS, After Pew pessimism, is ‘JOFEE’ the new acronym for the Jewish future?

March 2014, The Covenant Foundation, The Art of the Family Meal

February 2014, JWeekly, Cultivating the next generation

November 2013, JTA,  Intentional communities initiative aims to put Jews back in touch with the land

November 2013, The New York Jewish Week,  ‘We Are Inventing A Life’

October 2013, Boulder Jewish News,  Something for Everyone at the Hazon Food Conference

October 2013, The Jewish Week,  The Territories Within

October 2012, JTA,  Jewish senior camps retool to keep up with more active seniors and the competition

Monday, September 19, Shared Values: Why We Bring Our Organizations to IF to Dream with guests Ruth Messinger (American Jewish World Service) and Nigel Savage (Hazon)

Special thanks to Kata Karasszon for the creation of our Isabella FreeRadio listening goat logo.

November 2011, The Tufts Daily, For the second year, Hillel farm retreat brings faith back to nature

July 2011, Huffington Post, Is The Jew Still In The Lotus?

December 2010, Sisterhood Blog on The Forward, How Jewish Workplaces Can Right Gender Disparities

November 2010, The Jew & The Carrot Blog on The Forward, Can Cheese Be Jewish?

November 2010, Jewschool blog: Inside the Activists’ Studio, Starting From Wherever You Are

November 2010, eMagazine: Feeding the Faith, Religious Orders Are Growing Vegetables, Raising Cows and Making Cheese in the Name of the Spirit

November 2010, The New York Times, To Revive Jewish Dishes, Some Cooks Look to the Shtetl

October 2010, Lakeville Journal, Planning for the Future in Farm Fields