An Update on Israel’s Water Situation 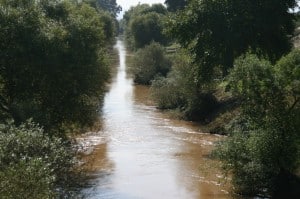 This winter Israel was blessed with abundant rainfall. January 2012 was the wettest January on record. The Kinneret has risen by over one meter and Mount Hermon is covered in snow. Nonetheless, this good news needs to be tempered with the reality that prior to this year’s rainy season, the last six years have been drought years and Israel is faced with a growing water scarcity problem that one good rainy season will not solve. The reason behind the water scarcity problem is due to a number of factors. These are: population increase and a higher standard of living, the negative effects of climate change on naturally occurring water resources, and Israel’s commitments to allocating water to her neighbors. 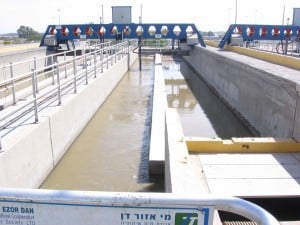 In order to solve the water crisis Israeli water experts have embarked on a two pronged process. The first is seawater desalination. Israel has now three of the world’s largest seawater desalination plants on the Mediterranean coast. Combined, these plants are now producing 30% of the country’s water supply. By 2020, there will be two additional plants and close to 80% of Israel’s drinking water will come from the sea. The second is wastewater treatment and reuse for agriculture. Israel leads the world in wastewater treatment with more than 70% of the country’s sewage water treated and about 50% of this treated wastewater goes into irrigation. Israel is capping freshwater use in agriculture and replacing it with treated wastewater. This policy has actually allowed for an increase in agricultural output and together with greater irrigation efficiencies Israel is getting “more crop per drop.” 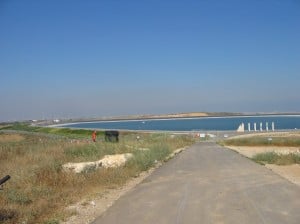 Yet, even with these policies in place, there still may not be enough water to go around. The population between the Mediterranean Sea and the Jordan River is now around 12 million. This will double in less than 30 years. Israel must therefore seek ways to cooperate with her neighbors in ensuring a sustainable water supply for all. Cooperation over water is one of the few areas where there is no argument between Israel, the Palestinians and Jordan. This cooperation is now being borne out through the joint development of the Red Sea Dead Sea Conduit. This plan is designed to both save the Dead Sea, which is declining by more than a meter a year and to provide desalinated water to the three countries. The successful completion of this project will tie the future of the three peoples together as they will share the same fate in terms of water.

This year was a great year for rain but we cannot afford to be complacent and indeed Israel’s water experts are forging ahead to ensure there will always be sufficient water for all.

Bike Israel from top to bottom, October 30 to November 6, 2012! This year’s Israel ride will take you through the north and south of Israel and includes exploration of Israel’s water systems with an overnight on the headwaters of the Jordan river and around the Kinneret. See Israel from the seat of your bike while supporting the Arava Institute and Hazon. Learn more. Register today.

Clive Lipchin is a member of the Arava Institute faculty, teaching courses in sustainable development, water management, scientific research methodology and culture and environment interactions. Clive also serves as the director of the Arava Institute’s Center for Environmental Policy and Research where he oversees research projects, workshops and conferences that focus on transboundary environmental problems facing Israel, Jordan and the Palestinian Authority. Most recently he has been involved in a regional project on assessing impacts on the declining water level of the Dead Sea.