By Hazon on July 8, 2015 in Jewish Greening Fellowship

“Something miraculous happens when we stop. We get to experience the power that nature knows called dormancy…”

This year, Jewish communities in New York — and all across the world — embraced the biblical concept of Shmita. And JGF institutions led the way.

With the help of JGF alumni shmita grants, Fellows created a variety of programs and events that highlighted Shmita values like releasing debt, eating thoughtfully, and reducing waste.

One of Shmita’s core teachings is to let the land lie fallow every seventh year, encouraging us to become more in sync with the earth’s natural cycles. In keeping with this message, many institutions developed programs centered around local food and gardening. 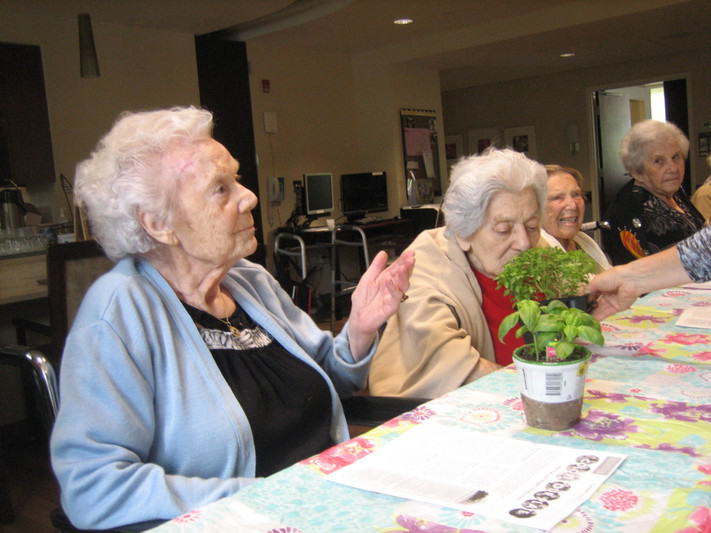 The JCC of Staten Island hosted its first Shmita Seder, using the Passover seder format to educate participants about the connections between Jewish and environmental values. A specially designed “Haggadah” guide walked participants through the seven days of creation, assigning each day an environmental and spiritual value, like clean air and concern for others. The seder plate showcased items that symbolized these values, such as seeds, a Tzedakah box, and a bowl of salt. Contact JR Rich (jrich@sijcc.com) to see the Shmita Seder program.

Similarly, the Samuel Field Y held a Tu B’Shevat Seder and “Food for the Jewish Soul,” a series of cooking demonstrations conducted by a dietician using locally sourced foods. At the Y of Washington Heights, families used recycled materials like milk containers and newspapers to plant seeds at a green fair held in March. 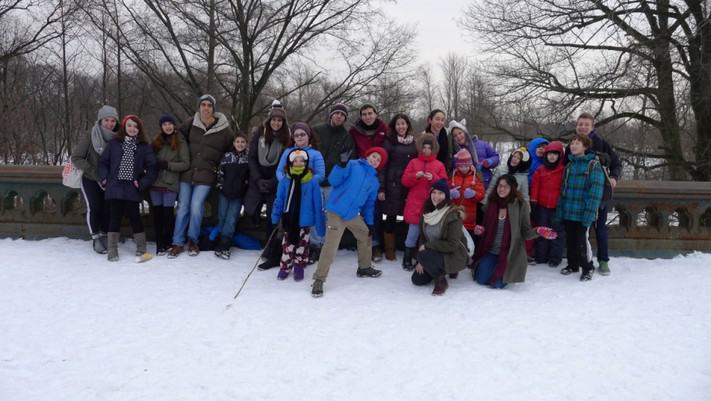 Teens join Hashomer Hatzair counselors on a nature hike in the city.

In one thought-provoking activity, teens were given two dollars to spend on the most nutritious food they could find. Finding healthy food with so little money was no easy task, and the challenge prompted teens to consider the relationship between food and poverty; they were inspired to take action to help New Yorkers access healthy food.

Shmita’s emphasis on debt release and aiding the underprivileged inspired classes on jobs and financial responsibility. The Central Queens Y worked with out-of-school young adults aged 16 to 24 working towards a high school equivalency diploma. The young adults helped restart recycling at the Y and learned from professionals about how to secure jobs in the environmental sector after graduation.

The Riverdale Y targeted a different age bracket with its Financial Literacy Seminar Series for senior citizens. Presenters spoke to the seniors about maximizing income, estate planning, and the psychology behind our attitudes towards money. 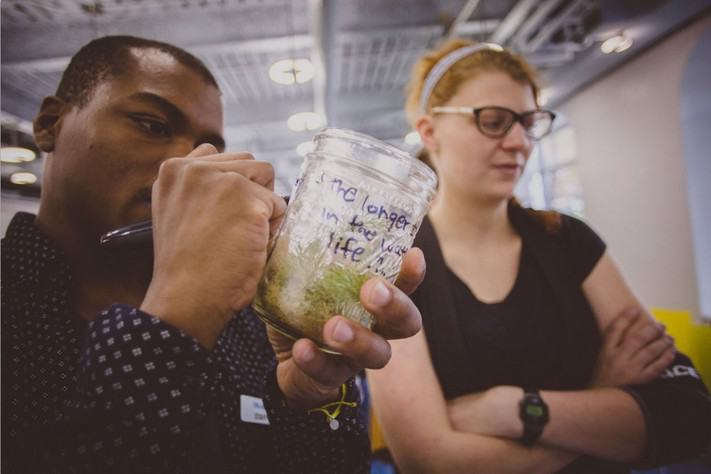 Community members at the 14th Street Y share stories on jars of pickles.

Other institutions used art to communicate the overarching values of Shmita. At the 14th Street Y, LABA fellow Shawn Shafner embarked on a year-long community art project called “Eat Your Feelings.” Community members shared personal stories with Shafner, who then created fermented foods with tastes that symbolized the stories.

Fermentation, like Shmita, requires rest, because the foods can only mature into pickles if left alone for a period of time. The fermenting foods, along with personal artifacts from the stories, went on display in the lobby of the Y.

The JCC of Manhattan exhibited a unique fusion of art, science, and Shmita-based learning in an interactive installation called “Incubating Ideas and Cultivating Connections: The Greenhouse of Ein-Shemer.” Famed Israeli artist Avital Geva built the greenhouse exhibit in the lobby, and erected ecological sukkot on the sidewalk using materials like plastic bottles sourced from community members. Thousands had the opportunity to lounge, learn, and create in these Shmita spaces.

The Shmita year is coming to a close in September, but there is still time to plan at least one more Shmita event. Check out Hazon’s Shmita Project for suggestions for Shmita programming, some of which can also be adapted for non-Shmita years.