In the last several years, many societies and cultures have been stirred by the sense of a great planetary crisis caused by human action to overwork the earth — – the burning of fossil fuels scorching our global ecosystem, the human gobbling up of eco-space bringing on the extinctions of many other species, widespread deforestation weakening the Earth’s ability to absorb the overproduction of CO2, human behavior poisoning rivers and oceans and exhausting many watersheds.

For some, these events have stirred two biblical memories and midrash: the identification of corporate “Carbon Pharaohs” that profit from bringing plagues upon the Earth; and for the first time in Jewish history, a serious exploration of how the Torah of the Shmita/ Sabbatical Year of rest for the land might be applied outside the Land of Israel –- indeed, universally.

The realization of this powerful biblical way of understanding and addressing our generation’s crisis came soon enough before the Shmita year of CE 2014-2015 to stir rich discussion, but not soon enough to make the year a time of public transformative action — a real Shmita. As our present Shmita dwindles down, what can we do now, to keep our planet livable?

Facing this crisis, 380 rabbis from every stream of Judaism have signed the Rabbinic Letter on the Climate Crisis. Among the actions they urge is that Jewish communities do everywhere as Torah commands — Hak’hel/ Assemble! during the Sukkot after this Sabbatical/ Shmita Year of Release to discuss what we might call the Torah of eco-social justice.

So Moses connected/commanded them, saying: “At the end of every seven years, in the celebratory-cycle of the year of Release/ Non-Attachment, in the meeting- time of Sukkot [Huts], when all the Godwrestling folk has come to see the face of YyyyHhhhWwwwHhhh [the Breath of Life] your God in the place which The One shall choose, you shall read-aloud this Teaching before all the Godwrestling folk in their hearing.

“Assemble the people, the men and the women and the little ones, and your stranger that is within your gates, that they may hear, and that they may learn – yes, learn! – and revere YyyyHhhhWwwwHhhh [the Breath of Life] your God, and observe to do all the words of this Teaching.

“And so your children who had not fully-experienced — will hear and will learn to revere YHWH your God, for all the days that they live upon the Earth as you cross the River of Justice to inherit it.”

The Torah dos not specify what “the words of this Teaching” should be. The Mishna says that when the King and the High Priest assembled the people to carry out this liturgy of learning, there were three major aspects of what we call the Book of Deuteronomy that they read:

These readings add up to teaching eco-social justice: preventing the rise of arrogant top-down power and protecting the poor, the disempowered, and the Earth itself from exploitation. We could all be planning such events in our own cities to focus on the “eco-social injustice” of our climate crisis, the profits it gives huge corporations and the plagues it brings especially upon the poor.

This coming Sukkot, the most auspicious time to do this might be Sunday, October 4which will also be the festival’s seventh day — Hoshana Rabbah,. Why then?

Not only because the Torah singles out Sukkot, the most Earth-conscious of our festivals, for Hak’hel. 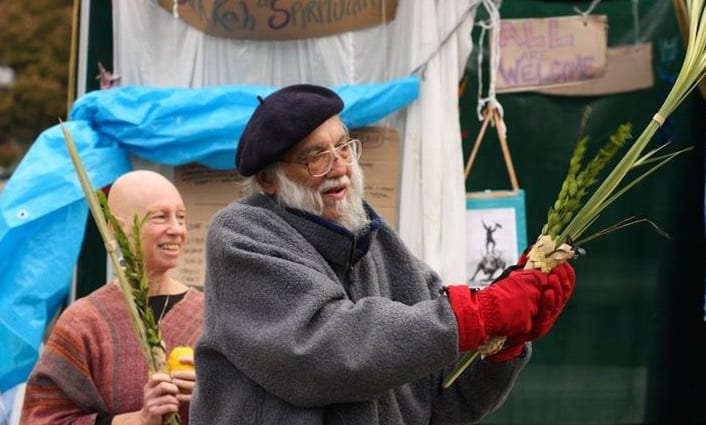 Not only because on Hoshana Rabbah, we not only invoke the powerful sacred Sukkot magic of living in the leafy, leaky sukkah and waving the palm branch and the lemony citron– lulav and etrog — but also beat willow branches on the earth. (The willow is a water-thirsty tree, so by connecting it with Earth we appeal to ourselves to heal our endangering of the planet’s water.)

Not only because we create seven sacred dances with the Torah scroll, each of which we could make a celebration of one day of the Creation.

Not only because that day, October 4, is for Christians the Feast Day of St. Francis of Assisi, who famously loved the Earth, the poor, and peace, who opposed the Crusades and met with Muslim leaders, and who has in our own generation become the spiritual guide of Pope Francis — so that Hoshana Rabbah could also be a time for multireligious gathering.

Also, and most important, for the crucial reason that we need to Assemble! — to think, to reevaluate and reenvision, to plan how to build the wisdom and the power to actually heal our planet – to make a real Shmita. (And not to wait till 2020 to start planning.)

I am glad to share the beginnings of a model: In northwest Philadelphia and the near-in suburbs, planning along these lines has already begun within and among several congregations and institutions that are geographically close to each other: Six congregations, plus the Reconstructionist Rabbinical College  and The Shalom Center, are discussing how to Hak’hel — Assemble! – on Sunday, October 4.  Here are some notes from an email discussion of the possibilities:

These are pointers. If we are to make the next Shmita a true Time of Transformation in the relationships of adam with adamah, then the planning must begin now. So the Torah anciently imagined; so we today must act. Must “Assemble!” 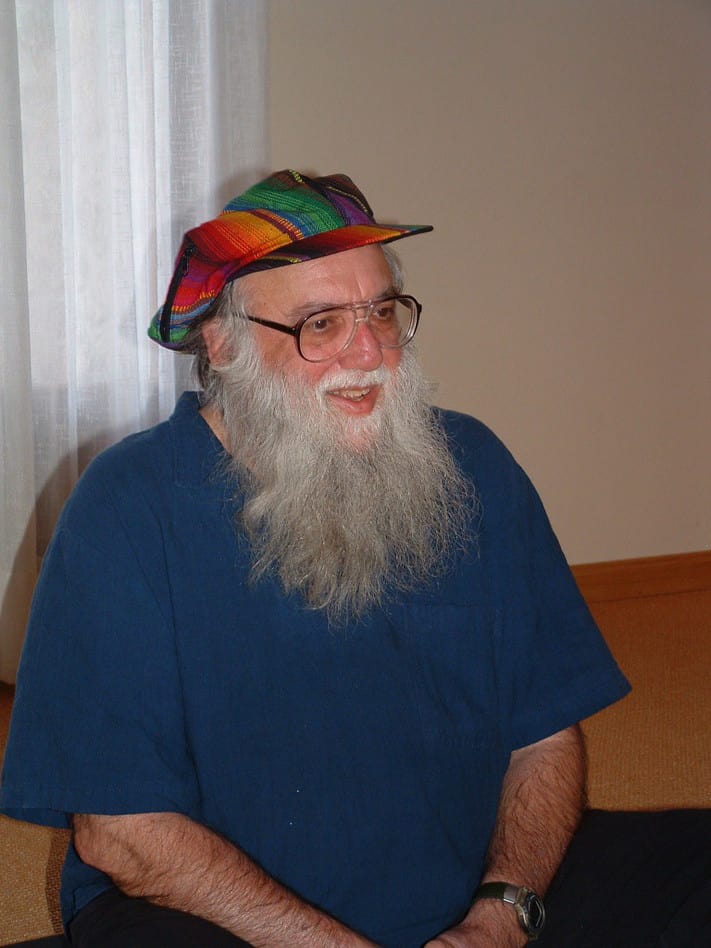 Ph.D., founded (1983) and directs The Shalom Center. In 2014 he received the Lifetime Achievement Award as Human Rights Hero from T’ruah: The Rabbinic Call for Human Rights. In 2015 the Forward named him one of the “most inspiring” Rabbis. His most recent book of 22 is Freedom Journeys: The Tale of Exodus & Wilderness Across Millennia, co-authored with Rabbi Phyllis Berman (Jewish Lights Publ., 2011). His most recent arrest of about 22 was in an interfaith climate action at the White House before Passover & Palm Sunday, 2013. He has written or edited five books on Eco-Judaism, and is a member of the coordinating committee of Interfaith Moral Action on Climate.