And they and all their belongings went down, alive, into Sheol

I was traveling once, and my tour guide, a wizened Arab, asked me if I wanted to see the pit that swallowed Korach’s followers. Intrigued, I followed my guide through the desert.

After some time, through a haze of heat and mirage, we saw smoke billowing from a fissure in the ground. My guide doused a towel with some of his water, and tied it to the tip of his staff. He cautiously approached the fissure, and held his staff over the smoking vent. To my surprise, the wet cloth began to burn.

As he was walking back to me, I could hear voices carried on the warm desert wind. Faint voices, singing, or perhaps chanting. Softly enough that I wasn’t sure if I was hearing anything at all.

“What are those voices?” I asked my guide.

“Those are the children of Korach,” he replied. “They are slowly lowered into the hellish heat of the Earth and then raised back out, rotated like a roast on a spit. When they finish a full revolution, they are close to the surface again, just below this crack in the ground. It is then that their tormented voices can be heard.”

I was shocked. “What are they saying?” I asked him.

“Moses and his Torah are true, and the others are false.” 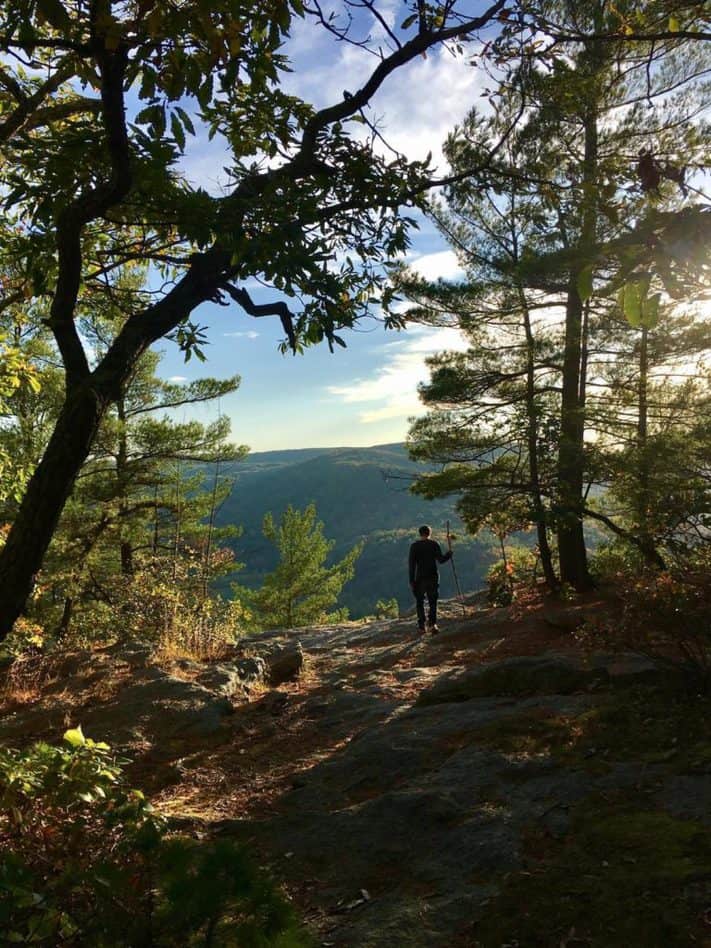 Over the past few months since my JOFEE Fellowship began, I’ve led a lot of hikes. At Isabella Freedman, we have a number of great hiking trails right in our backyard, and guests love to get out into nature. Isabella Freedman is a haven for these Jewish Hiker types – it’s a place they can live their outdoor values while in a Jewish setting. However, I find that many people struggle to find true synthesis of Judaism and the Outdoors. To try and show people the authenticity of outdoor values in Judaism, I’ve been teaching about “Jewish Adventurers” on the trail. We take time at the Overlook to talk about Abraham, Rebecca, Moses, Deborah, and other Biblical personalities who exemplify the value of outdoor experience.

One of the great Jewish adventurers was the Babylonian Talmudist, Rabba Bar Bar Chana. This sage is a personal inspiration to me. He was not only a premier Torah scholar who was consulted by other great Rabbis of his generation – he was also a traveler, and his incredible stories about his trips out at sea and in the desert (like the one I adapted above) indicate the sense of wonder that Rabba Bar Bar Chana had when approaching the natural world. He sensed that there was some knowledge that couldn’t be gleaned from a book or a class, some knowledge that one has to go out and experience for themselves.

However, if we take a look back at Rabba’s story, we find a distressing problem: If the children of Korach are saying “Moshe is true,” isn’t that Repentance? Our prophet Malachi said “Return to me and I will return to you.” God accepts repentance! Why are Korach’s followers still being spit roasted in the fires of Sheol if they have learned their lesson?

Clearly they haven’t learned their lesson.

We need to take a closer look at what was really going on. In Numbers 16:3 we find Korach’s original claim – that Moses had taken on too much honor for himself. “Everyone is holy,” said Korach, so the honor should be more divided. “After all, all the people heard the word of God at Sinai.”

Perhaps Korach was wrong. Maybe some people should be honored above others, possibly on account of their wisdom and character. That could be why Korach is punished.

But you know what? Maybe Korach was right.

Maybe Moses had taken on too much. He’s done so before: Jethro made a similar claim in Exodus 14. But Jethro makes the claim without getting dropped in the Sarlacc Pit. Why should Korach get such a severe punishment for an ostensibly legitimate question?

Because of how it was asked. When Jethro approached Moses, he did so by himself, and out of concern for “both you and this entire nation that is with you (Exodus 18:18).” When Korach approached Moses, he did so with a crew. He gathered up some other disgruntled people and came in with his accusation-guns blazing. He built an echo chamber for himself, filled with like-minded people, and then got fired up enough to instigate a dispute.

The punishment was never about the details of the dispute. It wasn’t about right or wrong, or about “Moses and his Torah” being either true or false. It was about respecting the person you disagree with.

It was about discourse with dignity. It was about the dangers of echo chambers where people get riled up and disregard these important values.That’s the lesson that Korach’s congregation still has yet to learn, and it is the exact sort of lesson that Rabba Bar Bar Chana could teach. He had gotten out of the house of study and experienced the world outside. He met sailors and Arab guides. He saw the brilliant and terrifying secrets of the natural world. He had an appreciation for the process and not just the product.

When we go out into nature and escape the usual impulses and voices of city life, we suddenly realize there is more to life than the bottom line. We all need to take a lesson from Rabba. We need to get out of our routines and make time for the lessons of the earth – the lessons that teach us how to make room for other people. 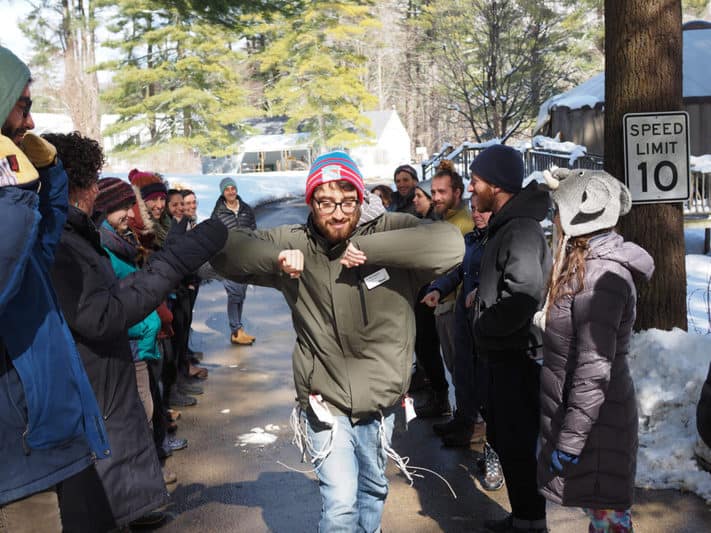 Eli Weinbach is a Retreat Coordinator and JOFEE Fellow at Isabella Freedman Jewish Retreat Center. He has been working for Hazon since September 2017, and splits his time between NYC and Isabella Freedman. See his full bio here.