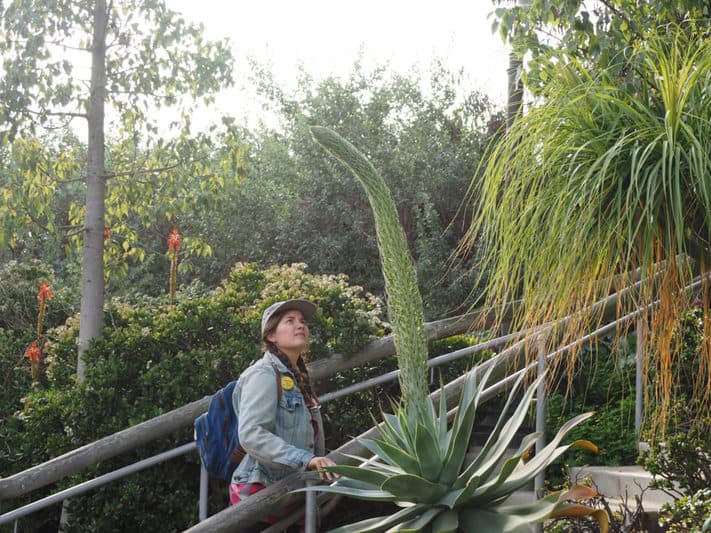 We put the twelve spies on trial on my Chumash/Bible class in my Jewish Day School when I was thirteen.  My friend Leah Estreicher and I were appointed lawyers for the defense team. We studied the text, and took walks from my house to Leah’s house to sharpen our arguments. In the real story, the spies are found guilty. But our argument was so strong that our teacher, Mrs. Tuchman, had to declare the spies not-guilty.

It was an important early victory for me, and I was eager to review the story that had such an impact on me: this week’s Torah portion, Parashat Shlach. At this juncture of the people of Israel’s journey, we find them in the wilderness, about to make their move into the Promised Land. They have been working hard on becoming a people, they have received the Torah, and have eased into a comfortable status quo in the wilderness (with something shaking them up every so often) as they inch towards entering the land of Canaan.

This journey has not been easy for them. Many times they regress into wishing they were back in Egypt.

G-d decides to appoint a leader from each of the twelve tribes to scope out the land, because it is good to know what lies ahead, right? Well … welcome to one of the greatest biblical dramas of all time where something seemingly innocent ends up escalating very fast, changing the course of our history

“The Lord said to Moses saying, “send men to scout out the land of Canaan, which I am giving to the Israelite people; send one man from each of their ancestral tribes, each one a chieftan among them. So Moses, by the Lord’s command, sent them out from the wilderness of Paran, all the men being leaders of the Israelites. And these were their names…”

The Torah expounds on the ask of Moses to the leaders:

Go up there into the Negeb … and see what kind of country it is.

Are the people who dwell in it strong or weak, few or many?

Is the country in which they dwell good or bad?
Are the towns they live in open or fortified? Is the soil rich or poor?
Is it wooded or not?
And take pains to bring back some of the fruit of the land.
Now it happened to be the season of the first ripe grapes.

Remember the grapes. These grapes end up taking center stage of this drama.

This was a very specific ask and, for the most part, the leaders returned with exactly what Moses had asked for.mThe spies answered the above questions that Moses posed for them and brought back the grapes he asked for.

My argument as the thirteen year old lawyer for the spies was very simple: The spies were telling the truth. The grapes they brought back were really that big. How can someone be punished from telling the truth?

It is really interesting to read through what happened. I have laid out the sequence of events in which they happen in the parasha.

They went straight to Moses and Aaron and the whole Israelite community at Kadesh in the wilderness of Paran, and they made their report to them and to the whole community, as they showed them the fruit of the land.

This is what they told him: “We came to the land you sent us to; it does indeed flow with milk and honey, and this is its fruit.

However, the people who inhabit the country are powerful, and the cities are fortified and very large; moreover, we saw the Anakites there.

Caleb hushed the people before Moses and said, “Let us by all means go up, and we shall gain possession of it, for we shall surely overcome it.”

Thus they spread calamities among the Israelites about the land they had scouted, saying, “The country that we traversed and scouted is one that devours its settlers. All the people that we saw in it are men of great size;

We saw the Nephilim there – the Anakites are part of the Nephilim – and we looked like grasshoppers to ourselves, and so we must have looked to them.

What I am seeing here is as follows:

They went straight to Moses and Aaron and the entire people when they returned. They did not think about the words they were going to say and how it might impact the people. What they were saying may have been true, that they felt like grasshoppers compared to the inhabitants of Canaan. Immediately after we read that they spread calamities.

What they really did was cause distress to an entire people, a people who had been slaves.  The leaders were not thoughtful in how they spoke to their people to which refers back to point one. As leaders, they probably should have had a private meeting with Aaron and Moses to chart out a plan of action.

The response of the people upon hearing the reports of the spies is as follows:

The whole community broke into loud cries, and the people wept that night.

All the Israelites railed against Moses and Aaron. “If only we had died in the land of Egypt,” the whole community shouted at them, “or if only we might die in this wilderness!

Why is the LORD taking us to that land to fall by the sword? Our wives and children will be carried off! It would be better for us to go back to Egypt!”

And they said to one another, “Let us head back for Egypt.”

And this is the last straw for G-d. Hearing the people say three times in a row about going back angered G-d deeply.

And the Lord said to Moses, “How long will this people spurn Me, and how long will they have no faith in me despite all the signs that I have performed in their midst? I will strike them with pestilence and disown them, and I will make of you a nation far more numerous than they!”

Moses intercedes and persuades G-d from striking his people with pestilence but the punishment is still very harsh:

Nevertheless, as I live and as the Lord’s Presence fills the whole world, none of the men who have seen My Presence and the signs that I have performed in Egypt and in the wilderness, and who have tried Me these many times and have disobeyed Me, shall see the land that I promised on oath to their fathers; none of those who spurn Me shall see it.

This generation will not live to see their land. This is a very final and very somber moment for the people of Israel.

In a conversation with scholar and a close mentor of mine, Elana Stein Hain, she pointed out to me that this very harsh response did not come out of nowhere. This tension between the people and G-d has been going on for awhile and is apparent throughout their desert journey. The people of Israel constantly saying they want to go back to Egypt despite G-d’s commitment to their safety through clouds, manna, a tabernacle. G-d brings miracles and they still talk about Egypt. This story feels like a culmination of those smaller moments in the past, just like the story of the golden calf was. In this story, G-d was triggered deeply and personally — and so were the Israelites. G-d is triggered by hearing the Israelites talk about Egypt again when he feels they should have enough confidence in him to take them safely into the land of Canaan and the Israelites are triggered by the calamities being spread by people who are supposed to be their leaders.

What G-d does differently than the twelve spies was to talk with Moses first before telling off the Israelites and announcing that he was going to strike them with pestilence. Moses was then able to soften the punishment. The twelve appointed leaders did not do that courtesy for the Israelites – they went straight to them right when they got home and caused them severe distress by their words. What if they had gone to Moses and Aaron first? Maybe they would have spoken to their constituents differently.

This story make me think deeply about the JOFEE ethic of People Care – are we being careful in the words that we say to our students, our constituents, our coworkers, and ourselves? Do we let people craft their own Jewish Journeys or do we put words into their mouths that are really our words and our ideas about how the world is, never giving them a chance to make it their own. Do we see say things that alienate someone and cause distress?

Finally, I want to make sure that Caleb and Joshua’s voices are not overlooked. The drowned-out voices of Caleb and Joshua are always there in our lives: That voice saying to have faith in the process, in the people around you, and yourself. The voice saying not to unnecessarily distress your participants even if you are afraid of what is coming next.

A blessing to all of us before Shabbat is to find that balance of telling the truth without needing to cause unnecessary stress and uncertainty in the people around us.

I want to leave this with a quote from a mentor of mine that I have recently reconnected with, Rabbi Nahum Zak. This is part of the blessing he gives to his children every week:

Mollie Sharfman has created, led, and implemented vibrant Jewish experiences for all types of Jewish communities across the globe – including Winnipeg, Berlin, Salzburg, Jerusalem, Los Angeles, and Sarajevo! Mollie is the Community Manager and JOFEE Fellow at GatherDC, organizing community around Jewish values and volunteering. Read her full bio here. 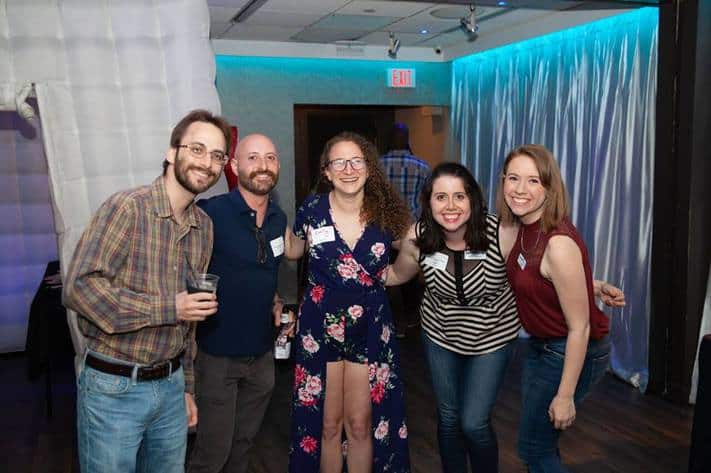