By Hazon on November 16, 2011 in Colorado, Food, Reflections 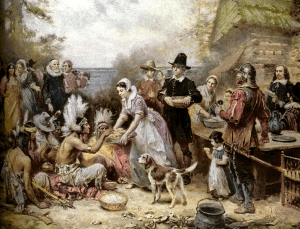 I was not brought up with Thanksgiving. Guy Fawkes night on November 5th, with bonfires and fireworks, yes, but Thanksgiving, no. In fact my first exposure to this very American holiday was when I was in Yeshiva in Jerusalem, where a group of American students enjoyed the opportunity to invite a Hungarian, South African and an Englishman (that would be me) to their festive gathering. There was a politically correct and insightful reenactment of the story with puppets, rituals of gratitude and, of course, great food! As a vegetarian who occasionally indulged in chicken or turkey, but strictly no red meat, I really relished this almost religiously required ritual of ripping into a turkey. It was so delicious. In Hebrew, there is even a pun to increase the force of the obligation: hodu means both ‘give thanks’ and turkey! That joyful gathering in Jerusalem was not my last turkey dinner on Thanksgiving.

On Yom Kippur, I gave a sermon on the holiness of eating that focused on the horrors of factory farmed meat production. For years, I believed that occasional forays into the flesh of chicken or turkey was relatively harmless and certainly nothing like on the same scale as getting bloated on beef. Since reading Jonathan Safran Foer’s book “Eating Animals,” however, I have come to realize that industrialized poultry is actually the worst, in its cruelty and the amount of disease and drugs carried in these poor birds. As delicious as that turkey dinner is on Thanksgiving, it is an increasingly ironic way to celebrate freedom and gratitude. As Jonathan Safran Foer puts it:

Food is not so much a symbol of freedom as the first requirement of freedom. We eat foods that are native to America on Thanksgiving to acknowledge that fact. In many ways, Thanksgiving initiates a distinctly American ideal of ethical consumerism. The Thanksgiving meal is America’s founding act of conscientious consumption.

But what about the food we feast upon? Does what we consume make sense?

All but a negligible number of the 45 million turkeys that find their way to our Thanksgiving tables were unhealthy, unhappy, and – this is a radical understatement – unloved… Today’s turkeys are natural insectivores fed a grossly unnatural diet… Given their vulnerability to disease, turkeys are perhaps the worst fit of any animal for the factory model. So they are given more antibiotics than any other farmed animals. Which encourages antibiotic resistance. Which makes these indispensable drugs less effective for humans. In a perfectly direct way, the turkeys on our tables are making it harder to cure human illness. 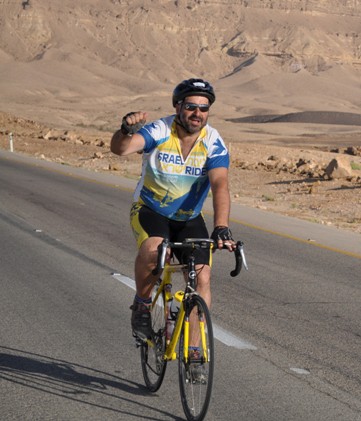 Bah humbug. How dare I, an Englishman, not brought up with this sacred turkey fest, spoil your appetites? Well, in some ways, this distance gives me a perspective to see the irony of a tradition that started with wild birds and that has now created a demand on a scale that can only be met by factory farms. Forty-five million turkeys! There are many countries in the world with smaller populations.

I really like the idea of a ritual meal focused around local food, freedom and gratitude and we have some wonderful traditions around eating in Judaism and every meal has a whole liturgy of thanksgiving attached to it. The early rabbis, in their ingenuity, taught that after the destruction of the Temple in Jerusalem, the festive table of Shabbat or a Holiday, is like the altar, and our meal is a sacrificial feast. This is one of the ways that Judaism survived; that it was able to take rituals that could no longer be performed and give them a new application, in the Jewish home. So, what are we sacrificing on that mizbeach, the altar? What are we complicit in when we consume factory-farmed meat? If the rabbis’ intention was to elevate a communal meal into a holy offering, can that offering be something that has suffered so much and is so full of drugs and disease?

There are producers who are supplying ethically produced, anti-biotic free, kosher turkey, allowing us to choose conscience over convenience; and there are also delicious local winter squash and yummy alternatives to birds. Since being a member of our CSA (Community Supported Agriculture) and enjoying the delicious fresh weekly offerings from Red Wagon Organic Farms, I have found it so special to express my Thanksgiving for the earth, the bounty and the wonderful farmers who have grown this food.

May we all be blessed with the appreciation of our abundant gifts and the wisdom of our choices as consumers! May every meal be a sacred act of Thanksgiving!

Postscript – Information on Organic, Ethical, Kosher Meat
Soon, there may well be a supply of locally raised organic chickens, ritually slaughtered here in Boulder by the group who recently learned this. This would be a small scale operation, but an important service for our community. There are three companies that I know of currently that provide good quality, ethical Kosher meat, one in Colorado and two on the East Coast.

EcoGlatt Inc., based here Colorado, so local and I have met some of the animals as well as the farmers!

Grow and Behold, OU certified, based on the east coast, but with buying clubs nationally. I know the owners of this company well through my work with Hazon.

Kol Foods, OU or Star K certified and also on the east coast, but available nationwide too. Worth noting that some of their less expensive meat comes from South America, which is grass fed and grass finished and well raised, but the local practices of slaughter are problematic.

Marc has served as the rabbi of Congregation Bonai Shalom in Boulder, Colorado since 2004. He has always loved food, perhaps a little too much, and in recent years has thought more deeply about where this food comes from, how it is produced, and how all of that fits with deep Jewish obligations and values. Marc has ridden twice in the Hazon-Arava Institute Israel ride in 2008 and 2010. Most recently, Marc was a co-chair of the 2010 and 2011 Hazon Food Conferences.