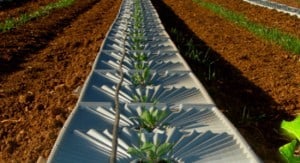 Not that we think you need another reason to visit Israel by bike this fall, but just in case, here are twelve ways that Israel is creating healthier and more sustainable food systems — in Israel and abroad.  This information is adapted from a piece by Abigail Klein Leichman in Israel21c. 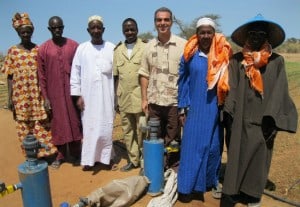 Senegalese farmers learning how to install the Tipa irrigation kit.

Probably no other advancement has been quite as significant. Just one recent example of how this method has impacted food supply in foreign countries is Tipa, literally “Drop,” an Israeli-developed kit that has allowed 700 farming families in Senegal to reap crops three times a year instead of just once, even on infertile land.

The huge bags, invented by international food technology consultant Prof. Shlomo Navarro, keep both water and air out. They’re used all over the developed world, including Africa and the Far East, and even in countries that have no diplomatic ties to Israel, such as Pakistan.

Chinese are using Israeli systems to set up their dairy industry.

SAE Afikim is one of 10 Israeli companies involved in a five-year project in Vietnam to implement every aspect of a vast $500 million dairy farm project. It’s the largest project of its kind in the world.

It took nearly 30 years of research, but Hebrew University’s Prof. David Levy developed strains of potatoes that thrive in hot, dry climates, and can be irrigated by saltwater. Potatoes are one of the top sources of nutrition in the world, but they never before grew well in hot, desert regions like the Middle East. Now farmers in these regions can grow potatoes as a cash crop

7. Squeezing Every Drop of Water from the Air

Tal-Ya Water Technologies developed reusable plastic trays to collect dew from the air, reducing the water needed by crops or trees by up to 50 percent. If it rains, the trays heighten the effect of each millimeter of water 27 times over. 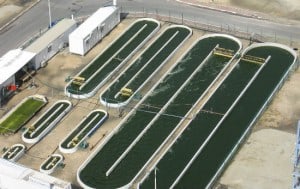 The total worldwide herbicide market is valued at more than $15 billion, of which approximately a quarter is dedicated to soil-applied herbicides and other pesticides. The Israeli approach incorporates herbicides into micelles or vesicles, which are absorbed onto negatively charged clay minerals to enable a slow and controlled release, reducing leaching to deeper soil layers. This enhances efficiency and reduces the required doses.

9. Fishing in the Desert

Overfishing is a serious threat to the food supply, a grave situation since fish is the main source of protein for hundreds of millions of people. But what if fish could be raised virtually anywhere, even in the desert? That is just what the Israel’s GFA (Grow Fish Anywhere) Advanced Systems has made possible.

Israel’s Seambiotic clean-tech company recently launched a commercial algae farm in China and does business in the United States and Italy as well.

Half a century ago, Lake Victoria carp was a significant part of the diet of the nearby Ugandan villagers. But when Nile perch was introduced to the lake, it decimated most of the smaller fish including the carp. Prof. Berta Sivan of Hebrew University came to the rescue with a multiyear project near to help these African families. The Israeli project not only successfully spawned carp on Ugandan fish farms, but also provided training on how to dig and fill ponds and raise the small fish. Now local children have an abundant supply of protein to eat with their fruit and vegetables.

Hebrew University agricultural scientists Ilan Sela and Haim D. Rabinowitch developed TraitUP, a trademarked technology that enables the introduction of genetic materials into seeds without modifying their DNA. This method immediately and efficiently improves plants before they’re even sowed.

Take the Classroom on the Road with Tiyul B’Aretz
What’s for Dinner? Making Time to Be Home for Dinner

One Response to The Top 12 Ways Israel Feeds the World