By Hazon on May 2, 2012 in Farm Bill, Nigel, Reflections, Resources 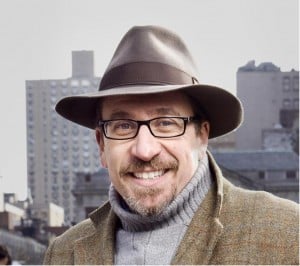 Work to pass the next Farm Bill is happening now. Nigel Savage, Executive Director of Hazon, believes it is important for you to act.

I first raised the topic of the Farm Bill at our very first Food Conference in 2006. As an organization we’ve been learning and teaching about it every year since then. If we’re serious about a healthier and more sustainable Jewish community, and a healthier and more sustainable world for all, then it makes sense that we’d want to learn about the Farm Bill – because it has a greater impact on food systems, and the relationship between people and food – than anything else the government does.

The Farm Bill is a complex piece of omnibus legislation (meaning it contains many different elements) passed by the U.S Congress roughly every five to ten years.  (For background, the Wikipedia article is as good a place as any to start.) If you actually want to read the current farm bill, you can find it here. If you scroll down that page, you see the summary of titles and what they contain, and you’ll get a sense of the range of impact of this legislation. (Note that the sequence, last time around, started in the House of Representatives in July of 2007 and wasn’t finally approved until May 2008.)

Learning about – let alone influencing – the Farm Bill is remarkably complicated.  In the last four weeks I’ve met with congressional staffers from four different elected officials, to discuss the Farm Bill, and I attended meetings on the topic with a series of senior administration officials. Two staffs told me it would be discussed and agreed in the next three or four months. Two told me they thought it wouldn’t make it through. The White House people said they weren’t sure.

The reason for the opacity is that it has to go through committees of both the House and the Senate.  As I write – May 2, 2012 – the Senate Agricultural Committee has already passed its version of the bill.  It then must go to the Senate; afterwards the House Agricultural Committee and the House itself must approve their versions of the Bill; and finally, if there are discrepancies between the House and Senate bills (which is nearly inevitable), there will be a process of reconciliation, after which the President will sign the Bill into law.

So now is the time to make our voices heard.  Here’s why:

So if you’re interested, we invite you to read some of the materials that we have, and then call or email your elected official to let them know that you care about the Farm Bill; and that you believe that resources should a) help people in need, and b) lead to healthier and more sustainable food systems for all.

Please take a moment to explore our Farm Bill site, learn about the Farm Bill and how it affects people, and what steps you can take to help make a difference.

Inside the Activists’ Studio 2012: Finding Your Voice in a Global Movement
[Cross-USA Ride] Participant Email May 2