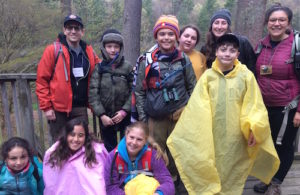 “I used to think nature was something I was outside of, but now I know it is something I am a part of!” – Sarah, 4th grade

Teva educators and staff members eagerly awaited the first school of the Spring Teva season yesterday morning, looking out over the lake at the Isabella Freedman Retreat Center in Connecticut, remarking on the budding trees and plants, the simultaneous stillness and steady movement of spring awakening before us. We shared gratitude for the land and prepared for the school bus to arrive. 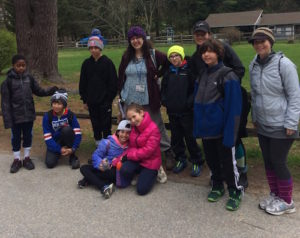 Shefa from Manhattan arrived early afternoon, with 31 kids excitedly exiting the bus to song. They were oriented and had time to move into their cabins before coming back for lunch. After lunch and a Teva Band introduction, they watched the Teva staff perform Bereishit (in the beginning), which tells the creation story and introduces the idea of humans and nature as being interconnected and demonstrates the need for us to have awareness and to take responsibility for our actions in order to create a healthier, more sustainable world.

After the play, the kids were sent in their kvutzot (groups) with their educators into the forest, to begin exploring and opening their eyes, gaining awareness of the space they are in, and playing games with their kvutzah. One group came back excitedly talking about crossing the stream and how they had helped each other cross it. 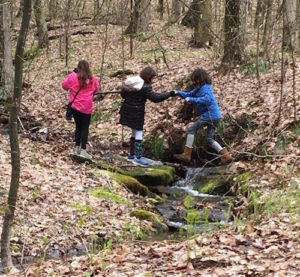 With various awareness activities, tapping into different senses and using games and various tools for engagement, the kids came back a few hours later happy and intrigued. After free time and dinner, the evening Ritual Craft Chuggim (activities) began. Kids spent a few hours making candles, kiddush cups, challah boards or kippot. After closing the day in their ktuvtzot with songs and an evening snack, the first day came to a close. 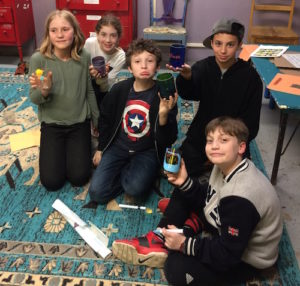 Today, each kvutzah is spending five hours on trail; learning about ecology, responsibility, awareness of nature and each other, and wilderness survival skills, all through a Jewish lens. This afternoon, we will play a campus-wide game called Predator vs. Prey, which is a live simulation of ecosystems and food chains. This evening there will be a camp-fire and a dusk-walk, where the kids will learn to tap into their different senses and maybe even hear the call of an owl! 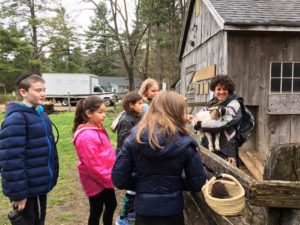 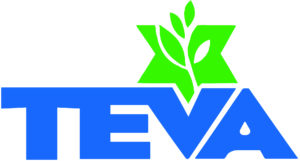 Food and Freedom: Our Relationship with Food, Ethical Consumption and Responsible Recycling
Vision.