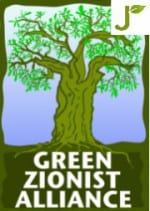 Imagine a Siach that isn’t just for Jews, but isn’t secular — a Siach that’s wholly religious and spiritual, but involving many religions —  and you’d have a conference run by the National Religious Coalition on Creation Care. With financial support from Siach, NYU’s Hannah Engle Memorial Travel Fund, and generous individual donors, I traveled to Camp Mokuleia on the Hawaiian island of Oahu as the Green Zionist Alliance representative — and the only Jewish voice — in the first NRCCC conference to develop an interfaith ethic of the seas.

While we all came from different faiths, we shared the same core values as well as the belief that our religions compel us to protect the Earth. And the most-neglected and least-understood place on Earth is the aquatic ecosystem that covers nearly three quarters of the planet. We know more about the moon’s surface than about the seafloor, more than 95 percent of which remains unexplored. Israel, of course, is home to four seas — the Dead Sea, the Galilee, the Mediterranean and the Red Sea — and since both the majority of people and the majority of Jews worldwide live near the sea, we as Jews and as people are inextricably linked to the sea.

But as we learned in Hawaii, in meeting with officials from the National Oceanic and Atmospheric Administration and others, the sea is in trouble. Increased carbon in the atmosphere isn’t just warming the whole planet, the sea included, it’s acidifying the sea as it absorbs more and more excess carbon from the air. The one-two punch is wreaking havoc on phytoplankton, which is not only the foundation of the food chain but also the source for half of the oxygen we breathe. The Great Pacific Garbage Patch — a concentration of floating trash in the Pacific — may be as large as twice the size of Texas, but no piece of the sea is untouched by floating garbage. The nitrogen in sewage and fertilizer runoff is causing algae blooms, and the bacteria that eat the algae are deoxidizing the sea. Combined with overfishing, it’s estimated that the sea may be fishless by 2050. Basically, three quarters of Creation is in peril.

To address these threats to the sea, the NRCCC conference was not held in a vacuum. Both before and after it, we traveled to Washington to meet with members of Congress and policy advisors at the White House. And in preparation for my participation in the conference, the Green Zionist Alliance developed three new resources:

Brit HaYam: A Covenant with the Sea

Tehillat HaYam: A Psalm of the Sea

Birkat HaYam: Blessing over the Sea

These new resources are being incorporated into the larger interfaith ethic of the seas, which is still in development. As at Siach, at the NRCCC conference we discussed and shared stories all day, and then continued into the wee hours of the morning. But we still have more work to do. We are continuing to bridge our differences, and we plan to continue meeting with officials in Washington. We have taken it upon ourselves to represent the religious voice for the sea.

Do you want to participate in the conversation? As a member of Siach, you can become a Green Zionist Alliance representative in these interfaith climate talks. Together, as people of faith, we can stand together for the sea and all Creation.