By Nigel Savage on October 26, 2011 in Newsletters

Reading Noah in 2011 – Where Do Our Values Really Come From?

I’m back from my mini-sabbatical. My time away included riots in England, the European debt crisis, the Occupy movement, the Palestinian application for statehood, the death of Gaddhafi, the release of Gilad Shalit, and, most recently, Manchester United’s catastrophic home defeat to Manchester City.  In the Jewish world, JDub, The Curriculum Initiative, and Milestones all announced their closure, at least in their current form. This is an unsettling time.

Over the coming weeks I’m going to use these emails to reflect on some of what I’ve been thinking about, as we look back on Hazon’s first dozen years and look forward to the future. For now I want to think about this coming week’s parsha to reflect very straightforwardly (i.e. unromantically and honestly) on how we read the Torah itself. 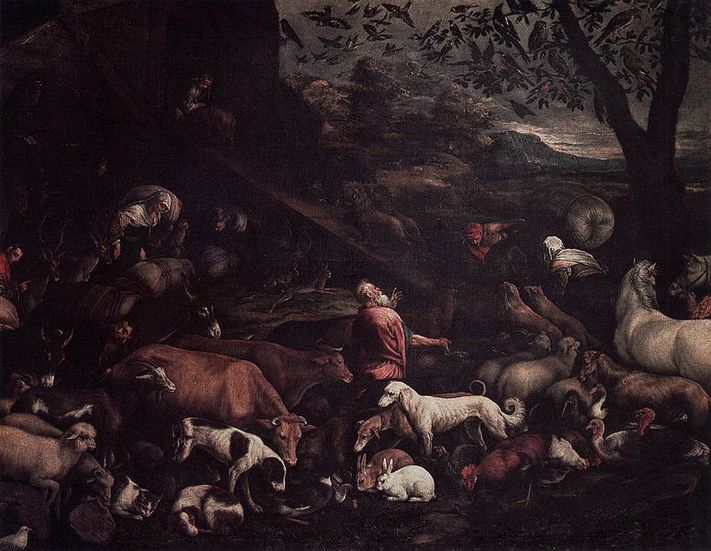 This week is Parshat Noach, which includes the famous story of Noah and the flood. It’s often the occasion for sermons about saving the world. But why is that so, and how do we hear those sermons, and what do they mean? As each year passes, I’m less and less clear about this.

Nigel Savage, originally from Manchester, England, founded Hazon in 2000 by riding his recumbent bike across the US. He worked previously in the English equivalent of Wall Street, and was a founder of the New Israel Fund in the UK. He studied at Pardes, Yakar and Hebrew University. In 2008, he was listed in the Forward 50, the Forward’s annual list of America’s 50 most influential Jews. 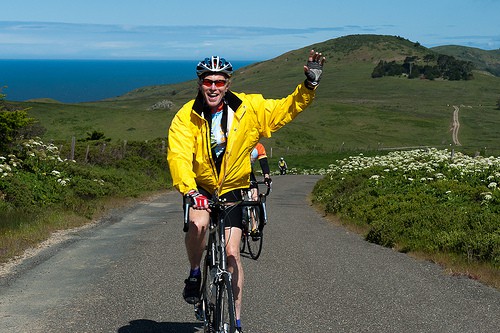 Help celebrate 3 years of successful biking in California by participating in the 3rd Annual California Ride and Retreat, May 10-13, 2012.  Over the past few years the California Ride has seen tremendous growth and positive change.  The number of participants has grown steadily and with your support and participation this event will continue to thrive.   Make your mark on the Jewish environmental movement by joining us for the California Ride and in doing so, supporting Hazon’s mission of creating healthy and sustainable communities in the Jewish world and beyond.

We’ve made some exciting changes to the 2012 Ride weekend.  The Ride will kick off on Thursday night at Camp Newman with a community-wide Lag B’Omer celebration.   In contrast to previous years, the Shabbat retreat will be nestled between two days of riding.  We’ll ride from Camp Newman to Walker Creek Ranch on Friday, break for Shabbat and continue on toward San Francisco on Sunday. Similar to the New York Ride, California Ride participants are required to fundraise a minimum sponsorship on behalf of both local Jewish environmental projects and Hazon.  As always, the Ride is fully-supported and intended to accommodate cyclists of all skill levels with route options ranging from 30 to 80 miles per day.

We are already cultivating the seeds of what will be an incredible California Ride and Retreat. Join us in making this experience memorable.

Register between now and December 15th for the lowest registration rate.

Over the years, many of you have come to Hazon asking “What next?” You’re already participating in the Jewish Food Movement, have started a garden or a CSA. However, you can do more to change the food at your Jewish institution.

Hazon’s New Food Guide and Food Audit Toolkit  will enable you to:

Grab Life by the Handlebars! 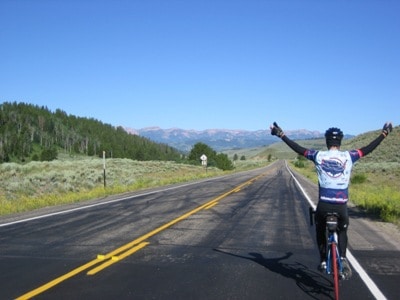 Information Sessions Near You

Learn more about the 2012 Hazon Cross-USA Ride as, Wendy Levine, Cross-USA Ride Director, travels around the country this October and November to speak to potential riders. We ask that you RSVP if you’re planning on attending.

Now accepting applications for Spring and Summer of 2012

A program of Hazon’s partners

Urban Adamah is a three-month residential leadership-training program for young adults that integrates urban organic farming, social justice work and progressive Jewish living and learning. Fellows operate an organic farm and educational center in Berkeley, CA, while interning with community-based social justice organizations addressing issues at the intersection of poverty, food security and environmental stewardship. The Urban Adamah curriculum is designed to equip fellows with the tools to become agents of positive change in their own lives and in their communities.

Admission to Urban Adamah is rolling. Visit the Urban Adamah website to learn more and download an application.

High Tech Spirituality and the Environment in Israel

Meet Michael Kagan of The Jewish Climate Initiative in Israel. Michael has been an innovator and entrepreneur for 18 years. He has co-founded six high-tech companies, holds a doctorate in chemistry from Hebrew University of Jerusalem and is an inventor with twelve registered patents.

We are delighted to announce that this year the second Global Day of Jewish Learning will take place on Sunday, November 13th. The Global Day of Jewish Learning unites Jewish communities around the globe to celebrate our foundational Jewish texts through community based learning. Last year’s inaugural event celebrated the completion of the Steinsaltz Talmud and counted over 400 communities in 48 countries and on six continents – clear evidence of the importance that Jews everywhere place on the shared experience of study.

A program of Hazon’s friends.

Free and open to the public

Register by October 28 at www.jvalley.org/jcrc

Experience the inequities of food resources in the San Francisco Bay Area. Not all guests will leave with a full stomach, but all will gain a new perspective on the root causes of hunger and feel motivated to do something about it.

Dr. Daryl Temkin received his Ph.D. in 1989 from the University of Southern California in Education and Counseling Psychology. Besides his work in counseling, for the past decades he has served as a guest lecturer at several North American universities, corporations and national leadership organizations. He is the founder and director of the Israel Institute for the Advancement for Alternative Energy Innovation, which serves to teach pivotal facts about Israel and Israel’s contributions to advancing technology.

Reading Noah in 2011 – Where Do Our Values Really Come From?
The Promised Podcast from Shaharit