As we begin approaching Teva’s 25th Anniversary, we will be spending the month of June featuring former Teva Educators who were once Teva students. They are from different Teva seasons and have different stories, experiences and memories. Enjoy the walk down memory lane with us!

Leah Simonson came to Teva as a student with SSDS of New London in the 6th grade. She returned as a Teva educator for the Fall 2018 season. Leah currently works as a healthcare assistant at Planned Parenthood League of Massachusetts. 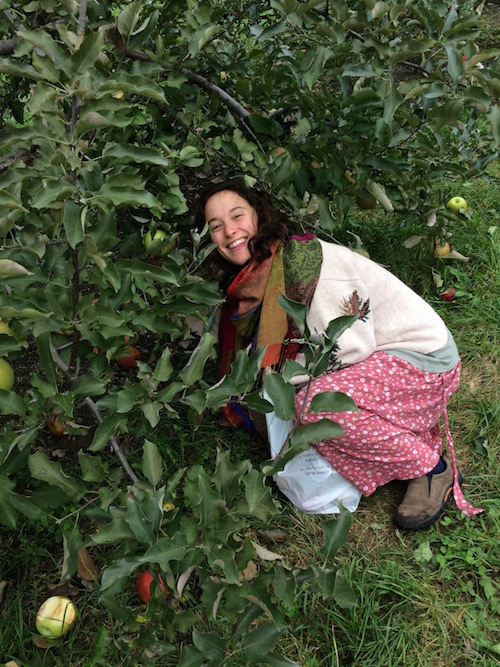 What do you remember about Teva as a kid? Which moments/memories/stories stand out?

I remember having so much fun at Teva as a kid. For years we knew we’d be going in 6th grade, so by the time it came I was beyond excited. I remember there was a talking garbage can that would talk grouchily at us if we threw something in it. I found that so funny and creative. I also remember singing, A LOT! I have a memory of waking up before the others in my cabin and walking to the lake. It was chilly, and there was a light mist on the lake. It felt magical. When I came back to Isabella Freedman many years later, it’s the lake that jogged my memory and reminded me that I had been there.

I think Teva taught me, in tangent with all that I had been doing at Solomon Schechter, that learning can be fun! And learning doesn’t always have to mean sitting at a desk.

When you grew up and thought about Teva, before you came back to be an educator, what words would you have used to describe it?

I would have used the word “special.”

I stayed involved in the Jewish world through USY, and later on Hillel and One Table Shabbat dinners. Jewish community deeply impacted my life growing up and continued to be an integral part of my life. In the fall of 2017 I came to Freedman for a retreat and it felt so familiar to me. That weekend I learned that that was where Teva happens, and I felt so much joy. I came back in the spring for another retreat and for my interview to be an educator, and next thing I know I’m moving back in. 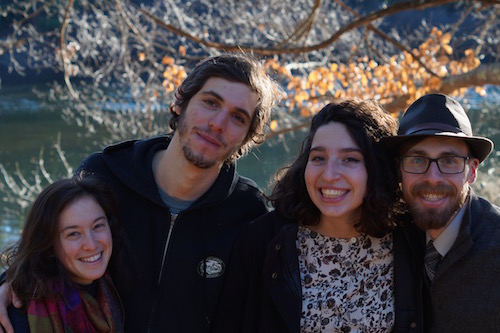 Leah, pictured on left, with three returning Teva educators this past fall

It was special to return, but also difficult. I had these vague, blurry memories of this magical time as a kid. Working and living as an educator was challenging just as it was special, and I learned so much about what it means to live communally, to be surrounded by your work environment at all times.

What stands out to you now as a Teva Educator when you think about your experience as a Teva Student?

How do you think doing Teva as a young person and coming back to be a Teva educator will or has shaped your life going forward?

I learned that there is always something to learn or gain from being outside, no matter how cold or rainy it is. I have already taken that with me and will continue to.