By Hazon on August 1, 2012 in Education, From Our Friends, Jewish Texts, Resources, Spirituality

Jewcology is a diverse platform for Jewish environmental activists to learn from each other in order to educate Jewish communities about our responsibility to protect the environment.

Hazon is excited to share these resources with you! We provide and promote ways to relate each of our Holiday Resources to specific sustainability tips and suggestions! The Hazon Food Guide has sustainable kosher options for all sorts of food  which might be considered during chagim (holidays). Find out more: Hazon’s Bike Rides and Food Programs all contain resources which relate to sustainability issues and ideas! 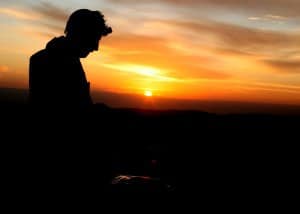 When something breaks, the question may arise, repair it, or get rid of it and buy a new one? We can answer a question with a question: If it is cheaper to buy a new one, why should I go through the hassle of trying to repair it? With material goods so abundant and cheap today, it is easy to throw things away. We discard clothing and appliances and buy new ones instead of repairing them, or throw away useable items because they are a few years old and maybe outdated by new products.

The decision whether to reuse or discard an object in part emerges from how a person relates to material possessions: as essential or expendable, indispensable or disposable. People living in consumer society relate to material objects in a vastly different way than people did in previous times. Age-old Jewish teachings reveal a Jewish vision for ‘holy use’ of the material world and relate deeply to today’s need for sustainable resource use.

Let us begin with the Talmudic sage Rabbi Yochanan ben Zakkai. On his deathbed, he told his students to remove the vessels from his room lest they become contaminated by his corpse, and thereby unusable. In the 20thcentury, Rabbi Yaakov Kanievsky, the Steipler Rebbe, instructed his children to straighten a bent nail and use it in building their sukkah so that it would not go to waste. These examples show the relationship our Sages had with material objects, and the effort they invested in holy use of them.

Jewish sources abound with examples of reusing ritual objects. The Talmud Sages Rav Ami and Rav Asi stated concerning the reuse of ritual bread, “Since one mitzvah (commandment) was done with it, we should use it for another mitzvah”(Babylonian Talmud, Tractate Berachot 39b). The principle manifests in a number of other Jewish practices, including the custom to use the myrtle from the lulav bundle (four species) of Sukkot as the pleasing fragrance for Havdala.

A story about the patriarch Jacob also lends perspective to how we are meant to use our resources. Before the epic encounter between Jacob and Esau, Jacob brought his family and possessions across a stream. He returned at night to the other side of the stream, and the Torah narrates that: “Jacob remained alone.” The rabbis understand that Jacob re-crossed the stream at night to recover a few small vessels he forgot to bring across (Babylonian Talmud, Chulin, 91a) Why did Jacob, facing an imminent confrontation with Esau and his 400-man militia, leave his family alone and vulnerable at night to recover a few forgotten flasks?

The strangeness of Jacob’s action becomes understandable when one examines Jacob’s worldview: he believed that everything in his possession comes from G-d, has a specific purpose and must be used to its full potential. As the Orchot Tzaddikim commentary explains, each material item that a righteous person uses is a means toward a spiritual repair in the world. Jacob went back for the vessels to ensure that their full potential would be realized. The truly righteous recognize the value of their G-d-given possessions, and are very careful with them, no matter how small or seemingly insignificant they are. Reuse is their message.

This perspective is foreign to our current “disposable” lifestyle, which has tangible, environmental consequences. For example, the United States’ National Academy of Sciences estimated that each year, humans put 6.4 million tons of marine litter into the oceans. This debris entangles sea life, and harms marine animals such as sea turtles, seabirds, and marine mammals who come to eat the debris, according to the U.S. National Oceanic and Atmospheric Administration (NOAA) Marine Debris Program. Furthermore, NOAA notes that marine debris can harm important marine habitats like  coral reefs, which “serve as the basis of marine ecosystems and thus they are critical to the survival of many other species.”  Humans depend on healthy marine life for food consumption. Indeed, some countries harvest from the oceans a significant percentage of their dietary intake.

How could it be that we generate so much waste? That brings us back to the small vessels– one plastic bag at the checkout stand, or one item I could have had fixed– multiplied by decades of such consumption and now billions of people. Things add up. Jacob’s going back for two or three vessels teaches us that little things matter. Seeing the higher value in objects reorients how we use them. While recycling is often synonymous with ‘green,’ acts with far greater environmental impact include reducing what one uses in the first place, and reusing what one does use.  Hence the phrase, “Reduce, reuse, recycle.”

The affluence and abundance of Western society today presents both an environmental and a religious challenge—to avoid needless waste and use the resources of the physical world in a holy way. If we live up to the task, we can discover both physical and spiritual rewards through our  “holy use” of the material world.

Rabbi Yonatan Neril founded and directs Jewish Eco Seminars, which engages and educates the Jewish community with Jewish environmental wisdom. He has worked with Canfei Nesharim for the past six years in developing educational resources relating to Judaism and the environment.

These materials are posted as part of Jewcology’s “Year of Jewish Learning on the Environment,” in partnership with Canfei Nesharim.  Learn more at http://www.jewcology.com/content/view/Year-of-Jewish-Learning-on-the-Environment.