[NOTE: Applications for the next JOFEE Fellowship cohort are open now through October 5! Apply today!] 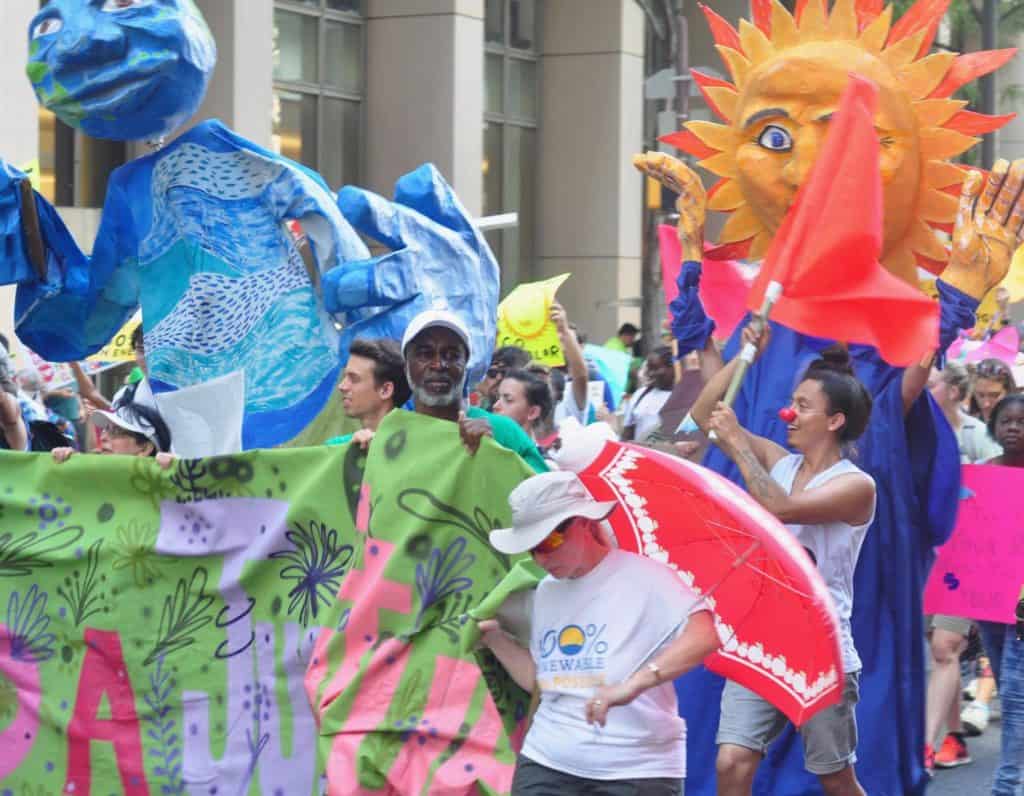 In Ha’azinu, Moses sees the Israelites for who they are: humans, scarred by 40 years of impatient wandering and in no mood to listen obediently. Moses is 120 years old and holds so much wisdom; this is the last day before his death, and he has some things to say. He has the story of his life to tell, which in his epic personal union with the Israelite people is also the story of God. He needs them to understand, like the tender, concerned patriarch that he is, how to live in God’s favor so they can blossom into the promised land and not mess up this covenant (fast-forward: oops).

What he has to say is so important that he does something that really resonates with me. Moses speaks language that heaven and earth themselves will understand, and in a language that will more likely move the people: in song.

He launches into a 48-verse poem doing his damnedest to sum up his life’s spiritual learnings. I’m not going to get into it because it’s densely rich in meaning and metaphor and historical context and critiqueable content that honestly I don’t have time to dive in because I don’t know when I’d come out. But I can summarize it as a poem about God.

Or, what we have left is a poem, but we know it’s called “the song of Moses,” and if we want to stretch our minds a little bit, we can imagine that it was a song with a melody. It inspires a deep, ancestral fluttering in the heart to imagine the song of 120-year-old Moses–on his death day, emptying the deepest truths of his soul, on the precipice of the promised land to which he’s denied entrance save for the one final glimpse he’ll get before his soul returns near to God. It must have been hauntingly and exultingly beautiful.

Since diving into the waters of the JOFEE world, I’ve been wondering how our tradition–born in the wilderness and hewn on the land–is now transmitted to us through text. Often opaque, dense, linear, black-and-white text.

Maybe it’s because, as one version goes, the rulers of 8th and 7th century BCE Judea wanted to shore up their power and legitimize their small-but-chosen kingdom. They commissioned the most compelling set of stories ever told and now we have the Torah.

Later, exile forced us into a lot of contortions, including developing the incredible, portable technology of the talmud so our oral history may never die even as most of the bearers of those stories were starved or murdered.

Since the first millenium we were strangers in every strange land, bound to our past and each other by the word, to the hebrew language that could support a friendship between Jews in any part of the world.

And all these acts, these consecrations into the word, are such deeply human reactions to dislocation, and isolation, and desecration.

Out of this question–how our tradition became a text-based tradition–emerges another: how can I inherit an enriched heritage that is more than text-based? How can I communicate in a way Moses communicated on that day, in a way that roundly resonates the earth more than writing or scribing or typing does?

One attempt at answering this question led me to directing a performance in this summer’s Carnival de Resistance, an interfaith world-building project and residency that intersects art and ecological resistance. The performance was called “Selah!” and it was a wandering storytelling exhibition through a cave of jewish remembrance and resilience. We mashed up and retold stories about jewish grief, wisdom, commitment to tikkun olam, and bravery in the face of massive imperial oppression. 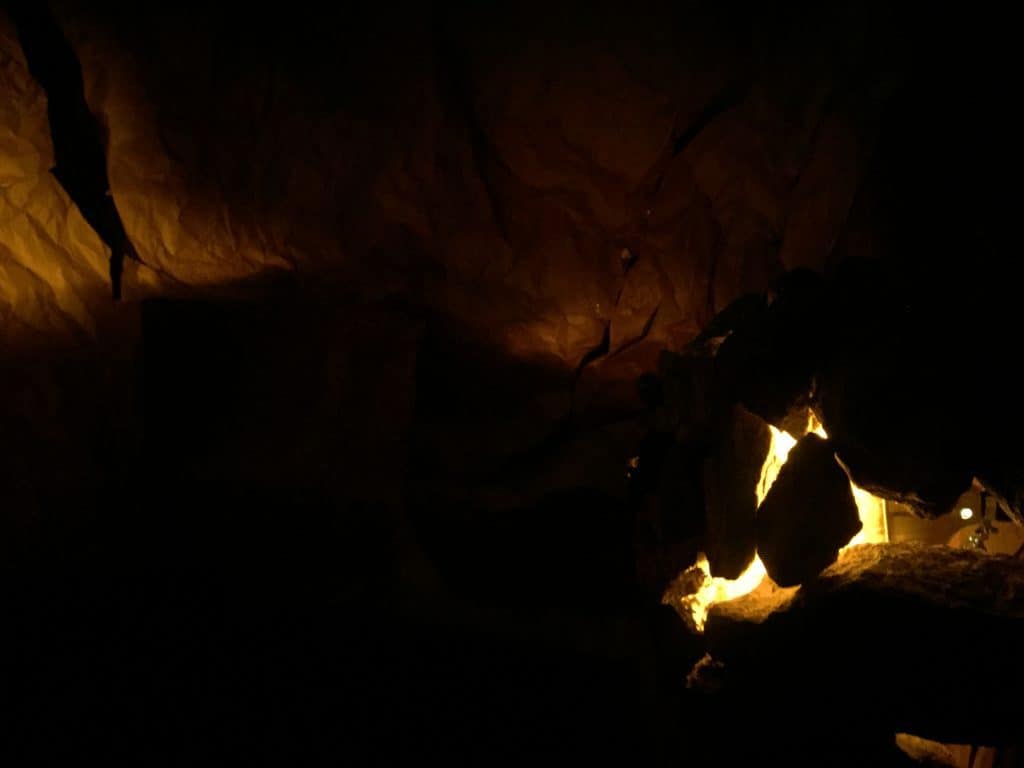 A mysterious glimpse inside the cave | photo: Jewish Farm School

The stories were good, but the experience was made complete by our allies in the senses: most of the cave was almost completely pitch black, within which the audience experienced the sound of voices, a dripping cistern, crunching rocks beneath their feet; they smelled the smell of decomposing leaves and old books; they felt the stones on which they tread and they felt where each other was by touch; they felt in their hands the brittle texture of dead leaves and magical pages. There was so much to convey, we knew that words alone weren’t going to teach what needed to be taught. This, as I’ve come to understand, was also what Moses was thinking.

The translation of ha’azinu is “listen y’all.” The first line of this parsha is ha’azinu hashamayim va’adabarah; v’tishema ha’aretz, eemray fee–based on translations I’ve found and my own surmising, this means “listen all transcendent beings, I’m going to speak; hear, all earthly beings, I’m about to make a statement.” To the earth, shema, and to the heavens, ha’azinu. Moses is quite aware of the different ways of listening, and for him, what was foremostly important was that heaven itself could hear what he had to say.

In the cave the audience was delighted, frightened, and mystified, which are all feelings that open up the senses and stir the elemental makeup of a person and get the parts of them that can listen like heaven to do so. Creative artistic resonance that stirs the heart and the soul is almost certainly the spiritual language of heaven, at least more than linear text. I’m inspired by the possibilities of how art intersects with our faith: it offers the possibility of speaking in our indigenous language – not Yiddish, or Ladino, or Hebrew, but in the language of earth and of heaven.

Alex Voynow is a JOFEE Fellow at Jewish Farm School. He grew up in the Pine Barrens, 45 minutes east of Philly, where his growing wonder of trees and forest soil mingled with a discomfort and distrust of mainstream suburban lifestyle, and set his eyes towards alternative and restorative ways of living. Read his full bio here.