Important food and farm policy work moved forward this winter amid all of the daunting political news. On December 20th the 2018 Farm Bill became law. The law’s passage was a win simply in that it allowed the continued function of crucial programs that address issues like hunger prevention and price stabilization. Thanks to widespread public advocacy, there were also specific wins for sustainability.

Keep reading to learn more about the good and bad of the law, about the work ahead in influencing implementation, and crucial action steps you can take today. If you don’t have time or energy to absorb the details of our update but want to join the throngs of individual citizens nudging those in power toward a more equitable and climate-friendly food system, you can skip to the script at the end and call your legislators! The overwhelming state of our national politics won’t stop the Jewish community from participating in the greatest work of our generation: combating climate change and inequity.

Passage of the 2018 Farm Bill, which became law on December 20th, was critical to the continued basic functions of the farming and food systems in the U.S.

Hazon applauds lawmakers for slugging their way to a 2018 Farm Bill and for including some key provisions to further sustainable agriculture and healthy eating. Some of the biggest wins in the bill include permanent funding for organic research, training opportunities for farmers, and purchasing incentives for SNAP recipients to buy from local farmers. Importantly, the Conservation Stewardship Program was preserved despite threats to cut this key environmental program. Unfortunately, its long-term CSP funding was cut.

We are also disappointed that the bill does not do more to comprehensively address the climate crisis or inequities in the food system. In fact, the bill expands subsidy loopholes for the nation’s largest commodity “growers,” mostly non-farming conglomerates. The money going into those subsidy checks should be redirected toward supporting agricultural reform in the direction of regenerative farming that sequesters carbon, and toward regional food systems that improve the accessibility of healthy food. There is a great deal of work ahead for food and farming advocacy!

Nutrition Assistance
Attempts to impose hindrances for SNAP eligibility were rejected in the law and thus food assistance will be administered at the funding levels approved at the previously reduced levels of the 2014 bill. However, when the president signed the bill into law he said that he intends to put eligibility restrictions in place through the USDA in implementation. This is a good example of how our voices matter going forward even though the farm bill has been signed into law already. The upcoming appropriations and rulemaking processes will determine whether or not families who need food assistance are deprived of access.

Conservation
As with nutrition, the final 2018 Farm Bill’s conservation title looks closer to the Senate’s draft, which is a good thing because the House draft had weakened conservation programs dramatically. Some of the good news is that the Conservation Stewardship Program was not eliminated as threatened and certain measures were taken to strengthen existing programs. Some of the bad news is that long term funding for the CSP AND EQIP programs were reduced by five billion dollars.

The law also went as far as it could in fighting the Trump administration’s plans to move and reorganize the federal ag research departments the Economic Research Service (ERS) and the National Institute of Food and Agriculture (NIFA). Lawmakers dictated that the agencies must stay in Washington DC but the USDA still claims to be going forward with the move. The fight on this is not over.

Local and Regional Food Systems
The 2018 Farm Bill makes some great investments in this area. It combines two previous USDA programs into the new Local Agriculture Market Program, providing it with $50 million per year in mandatory, permanent funds. It also reauthorizes the Food Insecurity Nutrition Incentives program, now called the Gus Schumacher Nutrition Incentives Program, and provides it with $250 million over 5 years. Unfortunately, the Farm to School Grant program did not receive mandatory funding.

Hemp
The 2018 Farm Bill legalized the growing of cannabis plants as long as they contain .3 percent or less THC. The legalization allows growers to produce hemp for food and fiber but regulates it heavily.

The major highlights are that funding for SNAP, conservation, and strengthening organic and local food systems were not as gutted as the 2018 house draft had threatened. Certain dangerous anti-environment riders were also not included.

The lowlights are cuts to long term conservation funding, the failure to make much-needed crop insurance and commodity subsidy reform, and the failure to address issues like low farm income or farm consolidation.

After the passage of the Farm bill, the next step for lawmakers is to determine how the law will be implemented. This process, called appropriations and USDA rulemaking is really the meat of how the policy plays out. With FY19 appropriations recently passed, after a long delay due to the government shutdown, the work ahead is to pay attention to USDA rulemaking, particularly with SNAP accessibility, the location of research agencies, and conservation, and to pay attention to FY20 appropriations.

For the moment there isn’t much to say on Farm Bill implementation while we are in a space between the two appropriations bills. Hazon has two current recommended actions. One is quite broad and one is quite specific, but both support the future of a more equitable and regenerative food system! 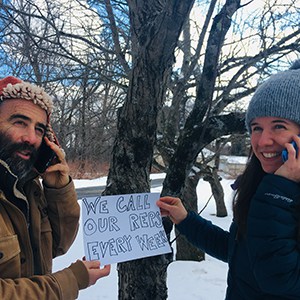 1) Legislators report that support for climate change action is very low on the list of issues that they hear most about from constituents. We need to change that, flooding the telephone lines of our representatives to make sure they know that voters are paying attention to their actions on climate change.

While the Green New Deal is only one of many potential strategies for addressing climate change, it is the most prominent one on the table at the moment. It won’t get anywhere with the current makeup of the Senate, so there is no chance of it becoming law until after the next election cycle (for which we will have record voter turnout, right???), but with an eye toward possible success in 2020, it needs to gather momentum with the support of as many MOCs (members of Congress) as possible. If legislators hear massive public support for the GND, they are more likely to believe that climate change is an issue voters expect them to center. Many legislators have already come out in favor of the GND but it is still important for them to hear from us so that, in the face of opposition, they can say “I received an overwhelming number of calls from my constituents expecting me to take action on climate change.”

You can look up the names and contact info for your two senators and your house representative here or you can use the switchboard numbers below.

2) The people whose hands produce our very sustenance do not have the same legal protections as almost anyone else in the American workforce. At Hazon, we believe in a big tent of food system reform. What does a more equitable food system look like for all? Here is a good start:

Janna is the Adamah Farm Director.
View all posts by Janna Siller →

The Acute and the Chronic
Ethical Eating Mini-Grants