The New York Ride‘s weekend retreat will take place on the grounds of Camp Kinder Ring, a Jewish summer camp located in Hopewell Junction, New York. Aside from being a beautiful and fun setting for the Shabbaton and start of the Ride, Camp Kinder Ring has a very interesting and unusual history. 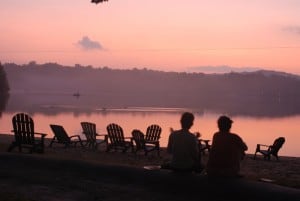 Camp Kinder Ring was started in 1927 by The Workmen’s Circle/Arbeter Ring, an organization founded in 1900 by Jewish immigrants in New York and still active today, with members across North America. As the number of Eastern European Jews immigrating to the United States grew drastically near the end of the 1800s, it became clear that there was a real need for an organization that would work to preserve the Jewish culture and identity, and to unify the community against the challenges facing new American immigrants. Der Arbeter Ring, or The Workmen’s Circle in English, was founded to meet these challenges, and has evolved with time to adjust to the changing situation of American Jews, while remaining true to its founding principles of Jewish community, the promotion of an enlightened Jewish culture, and social justice. 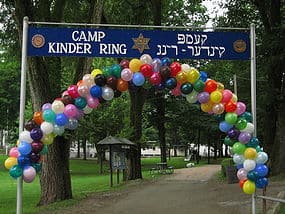 Camp Kinder Ring has been run in its original location on Sylvan Lake ever since 1927, and many families have attended for up to four generations. The camp shares the progressive Jewish values of its founding organization, and focuses on educating campers about Jewish traditions and culture. On the weekend retreat, Ride participants will have plenty of time to wander the grounds of Kinder Ring, and from the sings that are written is Yiddish, English and Hebrew to some of the older camp buildings, will be able to take in the parts of the camp that connect it to its very unique history.

Learn more about the Weekend Retreat, and The New York Ride.  To join us at Kinder Ring you can register for the Ride, or if you don’t feel like biking, come along for just the Retreat!