By Hazon on December 17, 2014 in Jewish Greening Fellowship

Hanukkah is a holiday about a small band of revolutionary activists who, against all odds, routed the Assyrian Greek Empire, retook control of the Temple in Jerusalem, and there witnessed an energy miracle: a vial of oil kept the Temple’s menorah aflame for eight days instead of one.  In short, Hanukkah is a holiday about energy use, rededicating our buildings, and rebelling against the established system — the perfect holiday for all of us dedicated to greening our institutions and our lives.

This Hanukkah we celebrate the rededication of buildings with cleaner and more efficient ways of using energy, like the following: 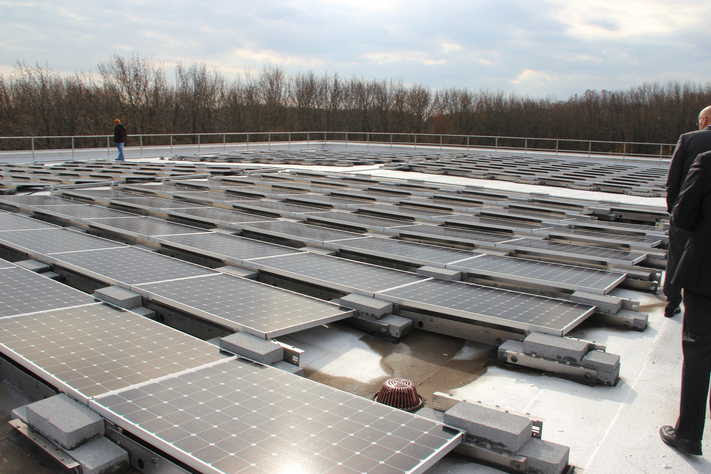 Solar panels on the roof of the Staten Island JCC

Gift-giving is a common custom on Hanukkah. But before you rush off to the store, consider buying greener gifts:

Like the Maccabees facing the Assyrian Greek Empire, we, too, face a powerful system (the fossil fuel economy) and a moral challenge (climate change) in the face of which we sometimes feel helpless. But with every act of greening and advocacy, we rebel against the entrenched power of fossil fuels and the inevitability of climate change.

When you see Hanukkah candles burning this week, remind others that the holiday offers a powerful energy message for our time, urging us to rededicate ourselves to the fight for energy efficiency and a livable climate.

The 2014 Israel Ride: Posts from the Road, Third Day of Riding
Shmita Reflections on the Origins of Teva