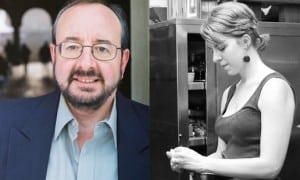 Why is hummus taking over New York? When did brisket become Jewish food?

These and other intriguing historical nuggets are on the menu as food writer Gil Marks and Leah Koenig delve into the fascinating history of Jewish cooking, holiday food from Jewish communities around the globe, and how societal developments shaped the nature of Jewish cooking.

Gil Marks is an author, rabbi, historian, chef and social worker and leading authority on culinary subjects in general and Jewish cuisine in particular. He is the author of Encyclopedia of Jewish Food, James Beard Award-winning Olive Trees and Honey: A Treasury of Vegetarian Recipes from Jewish Communities Around the World and James Beard Award finalist The World of Jewish Cooking. Marks was included in The Forward‘s annual “Forward 50,” a list of the fifty most influential Jewish-Americans in the year 2010.

Leah Koenig is a freelance writer and cookbook author. Her work has appeared inThe New York Times Magazine, Saveur, Everyday with Rachael Ray, CHOW, Food Arts and Tablet magazine, among other publications. She writes a bi-montly column called “One Ingredient Many Ways ” for Saveur.com and a monthly column on Jewish food and culture for The Forward. Prior to freelancing, Leah worked for Hazon where she edited The Jew and The Carrot blog. Her first cookbook, The Hadassah Everyday Cookbook: Daily Meals for the Contemporary Jewish Kitchen, was published in 2011.

Co-Presented with the Jewish Daily Forward and The Jew and the Carrot Blog.