By Hazon on March 18, 2019 in Activism, Climate Change, Education, In the News, Tzedek/Justice

On March 18, 2019, Dr. Mirele B. Goldsmith testified at the Environmental Protection Agency (EPA) on behalf of the Jewish Climate Action Network for stronger mercury standards. Below are her remarks. 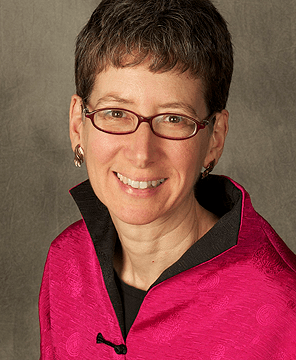 My name is Dr. Mirele B. Goldsmith. I am a member of Congregation Adat Shalom in Bethesda, MD, a leader of Jewish Climate Action Network, and an environmental psychologist. Thank you for giving me the opportunity to testify.

In this time of deep division in our country, I’m proud to be here with a group of 20 leaders of different faiths who will testify today.   We have our differences, but when it comes to the mercury rule we all agree that it would be immoral to weaken the current life-saving standards.

The current leadership of the EPA claims that the cost of this rule is not worth the benefits. What are those benefits? According to the EPA itself, the current mercury pollution standards avoid up to 11,000 premature deaths, along with heart attacks, asthma attacks and brain damage to infants and children exposed to mercury in the womb.

The rabbis make this statement in the context of the responsibility of a witness called to testify in a court of law. First, the witness must be warned not to give false testimony. Because causing the death of even one innocent person is a catastrophe.

But they also warn the witness that if she knows that a crime has been committed she has an obligation to testify. If she does not bring her testimony forward she is considered to be a sinner. By testifying faithfully, the witness is bringing justice into the world. That is why I am here today.

The mercury rule is already in effect and it is working to reduce mercury pollution. What possible reason can there be to change it except to increase profits at the expense of human lives?

I urge you not to weaken the mercury rule.

Dr. Mirele B. Goldsmith is on the Hazon Seal of Sustainability Advisory Council.