This post was written by Aharon Varady, of OpenSiddur.org, in honor of the ancient tradition of a Jewish New Year for Animals, which was counted on the new moon of Elul. As we are nearing Rosh Hashana 2013 (5774)- one year away from the next Shmita- this is an opportunity to begin thinking of an aspect of Shmita that is somewhat overlooked: the way Shmita informs and directs our human relationships with animals, both domesticated and wild. Read on for more about the Rosh Hashana La’Beheimot (New Year for Animals):

When I first learned this, in 5th grade, studying the Mishna, I was floored. Really? I had just learned that Judaism had a New Years festival for Trees. A universal day of healing for the Tree of Life, Tu Bishvat, a former tithing day for dedicating first fruit offerings to the Temple, had been recovered by Jewish mystics 1500 years after the destruction of our Temple. Jews, especially the historic rabbis I admired, were creative thinkers, lovers and poets, like Rabbi Moshe Cordovero who in 1588 wrote in his work the Palm Tree of Devorah (Tomer Devorah), “This is the essence: to have compassion on all living creatures.”

My religion was awesome. A year before my family adopted our first stray cat from a no-kill shelter in Cincinnati. We accepted him into our Jewish family completely. I hadn’t learned about it in school, but in a book my mother brought back from our JCC’s Jewish Book Fair, I read that Judaism had an important mitzvah: to be mindful of the suffering of all living creatures. In Hebrew the mitzvah was called tsar baalei ḥayyim. From this commandment, I was obligated to feed my cat before myself at breakfast. I really appreciated that Judaism was mindful enough to speak for creatures that had no voice of their own. This all helped to convince me that Judaism, regardless of whatever boring or annoying social experiences I had in day school, was essentially a good religion, thoughtful and caring. It was up to me to live up to its peaceful and compassionate vision.

Later, when I was 18, in the first month of my first year in Israel, I got a strong flavor from my Lithuanian-style yeshiva of what the period preceding Rosh Hashanah and Yom Kippur, Elul Zman, could really feel like… the increasing sense of urgency to repair and correct all of my relationships was intense and heartbreaking. (Isolated in a fairly monastic institution in a disputed corner of Israel, I was despairing what few personal relationships I had to repair.) Elul Zman was a month for a practice called ḥeshbon nefesh – making an accounting for one’s soul and it began with Rosh Ḥodesh Elul, the new moon festival coincident with the New Years festival for Animals. What was the connection between the two days? 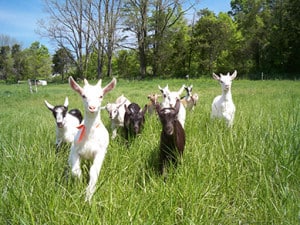 Maybe the connection between them had something to do with the feeling that in the lead-up to Rosh Hashanah, we were trying to put ourselves in mind of the annual day of judgement. During the Days of Awe, God, our Shepherd, would separate his flock, us, into those who would live and die. Intense. Perhaps we could be a little more mindful of all those animals whose welfare depends upon us, in much the same way we imagine our welfare to rest upon God.

The New Years for Animals would then be something more like a ḥeshbon nefashot – an accounting for all of the souls we, as individuals and as a society, are responsible for. What a better way to begin a month of self-reflection and repair then to renew our awareness of ALL of the creatures we are in a direct relationship with (such as our pet cats and dogs), and indirectly, such as the kosher and non-kosher animals that our grown for our consumption, experimented on (ostensibly) for our benefit, shorn and skinned for our clothing, milked for our cereal, and paraded and raced in displays for our entertainment. There were animals that had once upon a time been domesticated by my ancestors that had remained dependent upon society long after they had been left feral and without care. There were also the non-domesticated, wild animals, whose habitat and ecology had been so disrupted by human development and land-use decisions that the very existence of their species, let alone their own lives, depended upon the mindful attention of human beings. I began to listen for the voices of these animals in the first blast of the shofar, the horn of a ram, during the traditional custom on Rosh Ḥodesh Elul, to begin the countdown to Rosh Hashanah. 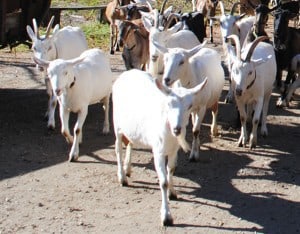 The year I arrived at Isabella Freedman Retreat Center to begin work as a Jewish environmental educator with the Teva Learning Alliance, I was heartened to find that I was not alone. Sarah Chandler, director of Earth Based Spiritual Practice at Isabella Freedman had adopted a practice innovated by Rabbi Jill Hammer, and was open to incorporating the meditation I had written for listening to that first blast of the shofar in Elul. I was heartened to find through the Hazon food conferences, renewed attention to Jewish animal slaughter within a conversation on the conditions in which those animals were cared for and fed. I met meat-eating and non-meat eating Jews who were serious about the mitzvah of tsar baalei ḥayyim and looked forward to the day in which the scribes could prepare mezuzot and tefillin from parchment sources from the skin of kosher animals known to have been lived and died in the care of compassionate farmers mindful of their ethical obligation to their animals welfare.

Next week at Isabella Freedman, on August 7th, the Adamah Fellows will be studying the mitzvah of tsar baalei ḥayyim in preparation for our celebration of the New Year for Animals. Everyone at Isabella Freedman will be invited to our goat pen for a short ceremony including listening intently to the voice of the shofar. We will then engage in a role-playing exercise introduced to the Teva community by the director of neohasid.org, Rabbi David Seidenberg – an activity called the Council of All Beings wherein participants take on the role of an animal, or the spirit representative of some habitat or aspect of the Council of All Beings natural world, and discuss how human beings are affecting them. It is a powerful activity for developing mindful awareness that I hope will lead us to renewing our sense of responsibility for our actions that impact the lives and homes of all the creatures and communities we share this precious world with.

In every seven year Shmita cycle there is an opportunity for an awakening, redemption, and rescue of all of our relationships. One of the most curious and challenging of all the laws of Shmita is the requirement to keep one’s fences open. Animals are as free to come into your field and eat from your crops, as they are to leave your care and pursue their own freedom elsewhere[1]. How can we ensure that our animals remain with us? Part of the answer must be in helping them to know through our actions just how much we really do care for them. We are quickly approaching the Shmita year. Let’s get ready for its challenge this year by listening to our animal’s voices in the sound of the shofar next month.

This post was shared by Aharon Varady with a Creative Commons Attribution (3.0 Unported) license. Please feel free to copy, remix, and redistribute this work in new media with correct attribution. 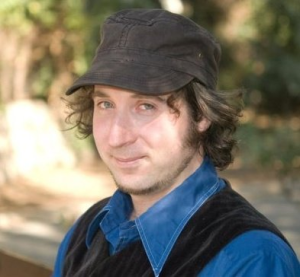 Founding director of the Open Siddur Project, Aharon Varady is a community planner (M.C.P.) and experiential Jewish educator (M.A.J.E.) working to improve stewardship of the Public Domain, be it the physical and natural commons of urban park systems or the creative and cultural commons of Torah study. His work and writing have been featured in the Atlantic Magazine, Tablet, and Haaretz, as an outspoken representative of the free-culture and open-source movement in the Jewish community. This summer he is the Jewish Experiential Education Fellow of Hazon.