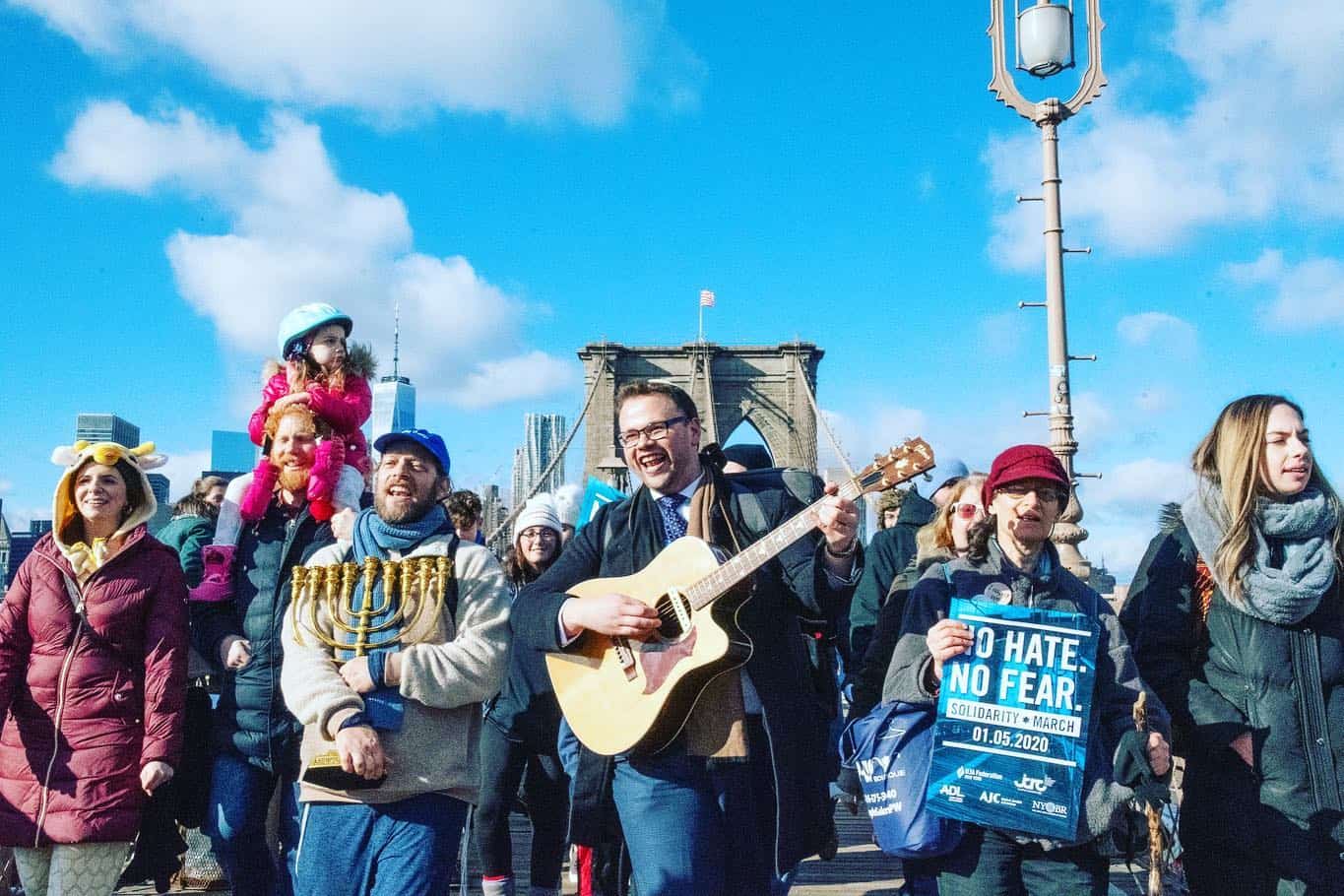 First: we were so proud of Hazon’s rabbi-in-residence, Isaiah Rothstein, who had a lead role at the march against anti-semitism in NYC on Sunday. You can see links to that here and here.

Secondly: part of the punchline of the Bari Weiss book on anti-semitism – with which I very strongly agreed indeed – is that it’s vital that we not somehow become “anti-anti-semites.” That’s not why I’m Jewish. I’m Jewish because I love the tradition and I think it wise; and – right now – I especially believe that we should be rallying the full resources of Jewish tradition and of the Jewish community to address the global climate crisis, which is the greatest crisis civilization has yet faced. And so one aspect of that is actually to deepen our own Jewish learning.

That leads me to daf yomi…

I somehow assumed that this was only an ultra-orthodox practice. But way back when – not in this last cycle, but the one before, my friend Yosh Schulman did it and completed it. He was the first friend who gave me the idea that this was something worth doing and maybe doable.

And then last week I got an email out-of-the-blue from Rob Kutner, who back in the day was in New York and produced a series of amazing Purim Spiels for Hazon. He wrote to thank me for the email I’d sent to the list, in August 2012, which you can read here, and said that, inspired by that email, he had indeed begun – and completed – daf yomi.

So – in the hope that this will further play forwards for the next 7 1/2 years, I asked Rob to write something for us all – which I’m happy to share with you below. Here’s what he sent back…

As strange as it might sound, doing Daf Yomi has a lot of connections to Hazon’s mission. First of all, the very idea of introducing a daily discipline, changing your lifestyle habits, is at the core of building a more sustainable world. Second, the idea of undertaking a 7 1/2 year commitment is so out of step with our modern world, and yet so necessary to taking the long view of the world that we must. As for the content, it provided me endless views into more ancient, pre-industrial worldviews that in some ways would benefit us to reconsider. It exposed me to a dizzying range of discussions as to what constitutes “Jewish values,” showing that they are ultimately not set in stone (besides those, you know, tablet things) but must be grasped and shaped in each generation. And finally, just like the Bike Rides and Food Conferences, studying Daf Yomi put me in connection and conversation with a wider variety of Jews than I normally traffic with.

In short, when Nigel tells you to go study something for 7 1/2 years, do it!

A big shout-out to everyone who inspires others, and everyone who is inspired by others; which is to say, all of us, one way or another. We need more inspiration in the world.

Support Conservation on Farms
From Organic Farming to Composting: Ramah Campers and USYers Get Hands-on Lessons in Sustainability