Within the Shmita Project, we have been exploring many of the complex issues that Shmita touches upon on a societal level. Beyond the societal aspects, however, there is something very personal about the Shmita Year. Indeed, the most common understanding of the Shmita has been the modern manifestation of the Sabbatical Year, that many professionals take throughout their career. In this post, Tehila Eisenstadt, a Jewish educator and community builder, shares about her own journey within her recent one month personal Shmita.

In a recent conversation with a wise woman I had just met, I mentioned that I would soon be taking a sabbatical from my job in Jewish communal service. “Oh, you’re taking a shmita,” she said. My mind immediately conjured up an image in sepia tones, shmita, resting overgrown fields in the land of Israel. Her thoughtful framing led me consider my “rest and healing” time as “room for something to take root and grow” time.

The truth is, these days, shmita involves a lot of loopholes. These loopholes are for a good cause, to avoid living without a year’s worth of income and insufficient food resources in the year post-shmita.

Jewish ritual and religious life also has a weekly shmita or Shabbat built into it. However, most Jewish professionals I know often forgo their own religious and spiritual needs in order to sustain communal life. This realization first dawned on me six years ago, when I joined a round-table of young female professionals convened by “Lilith Magazine.” The question we ended up circling repeatedly was: “How do we keep dedicated professionals like us involved, engaged, and passionate about the work we do?” I’ve heard many responses over the years. This year, my answer is respecting the need for a personal shmita.

For over a decade, I have served as a Jewish communal professional. I entered this field with a passion to make a positive impact locally, nationally, and globally and to empower others to do the same. Over the years, I never saw an opportunity for shmita. Heck, after sleeping 4 hours a night during graduate school (while holding 4 – 5 jobs) an occasional weekend nap felt like a shmita by comparison, and for many years that was enough. I was rested. I wasn’t going to “burn out,” I couldn’t imagine what that meant. But then it happened. My two year old said, “Mama, you’re always sick,” one Shabbat when I didn’t have the energy to play one of our favorite games. This was after he heard me say, far too many Sundays in a row, “Sorry, I have to go to work today, too. We can play when I come home.” This scenario a bonus for him if he just thought about it logically, since weeknights we didn’t see each other at all. At least on Sundays we could play before bedtime.

Now, while we’re being logical, this child of mine attends a Montessori school where work = play. I like that equation, what I definitely do not want to be teaching my son is that work/play = illness. Despite loving the work that I do – building community, with a focus on serving young families, guiding them as they dream their role in the world and the role of Judaism in their lives into being – I realized I needed a break. A Sabbatical. But shmita sounded richer, more of a running towards than running a way, more about making room for something to grow than simply taking one huge nap just to stay alive. And so now, I return to my heart-wrenching 2008 realization which was centered on Jewish communal workers salaries and the cost of Jewish education. I find the issue much more all- encompassing: Jewish communal workers often do not have the resources to make use of the very services they provide.

I recognize that I am blessed to take the time I needed to return to my healthy, creative, humorous self. I know not everyone can be so fortunate. I also know that creating the space and time for Jewish communal workers to take the occasional soul-sustaining shmita takes funding in addition to respecting the holiness of boundaries between meaningful work and nourishing our whole selves. I know that we have the creativity to figure it out, to support individuals and thus the institutions that are the cornerstones of future, vibrant, Jewish life.

Organizations like Hazon and AJWS have taken on some of these issues. They seem to recognize that caring for their employees strengthens their own success and that the Jewish missions they strive towards don’t begin outside their doors or cubicles.

These two organizations did not wait for the industry to change. They checked in with their own codes and Jewish value systems and acted in accordance with them. What other organizations are doing the same and are not as well-known? What will it take for a sea change, a value-wave to rush over the larger Jewish communal world? Before this happens, who, like me, will need to jump ship for a sabbatical or longer just to answer the call of her own starved soul? And what can I do to help?

In my post-sabbatical stage I’ve begun having conversations with those who have taken a similar shmita or are contemplating doing so. If you are one of these individuals looking for a (confidential) conversation please drop me a line: ourshmita@gmail.com. 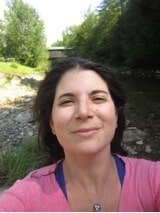