Editor’s Note: Welcome to D’varim HaMakom: The JOFEE Fellows Blog! This is our inaugural post. Most weeks throughout the year, you’ll be hearing from the JOFEE Fellows: reflections on their experiences, successful programs they’ve planned and implemented, gleanings from the field, and connections to the weekly Torah portion and what they’ve learned from their experiences with place in their host communities for the year. Be sure to check back weekly! PS Interested in being or hosting a JOFEE Fellow? Applications for cohort two are now open for both prospective fellows and prospective host institutions! And now, on to Becky’s post … 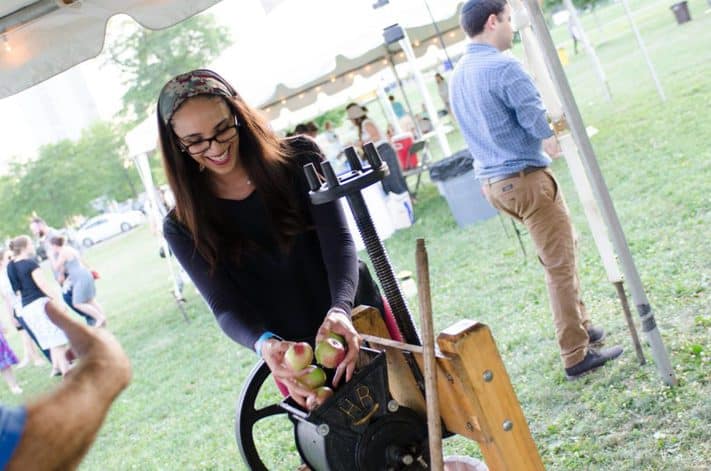 I’m thrilled for this opportunity to write about one of my favorite events of the year: Shabbat on the Lake. To me, Shabbat on the Lake is more than an event. It is a mindset, a movement, a gathering of all corners of the Jewish community;  it’s a tapestry of various affiliations, ways of engaging with Judaism and the possibility of a Jewish community who focuses on things that unite us as opposed to what divides us.

Shabbat on the Lake’s inception at JCC Chicago arose six years ago to show young Jewish adults various ways to connect with the Jewish community – many of which most individuals do not realize are part of our faith. There are people in attendance who celebrate Shabbat every week and, for some, this is their first time being introduced to Shabbat.  The event takes place on a Friday night outside with beautiful Lake Michigan as the backdrop. Beginning with appetizers and various workshops, attendees find anything from drumming to yoga to singing to an egalitarian or orthodox service; meditation, conscious art, and drama games.

After the workshops, everyone gathers for Shabbat dinner. This event has become a staple in the Chicago community and something people look forward to each year. It’s grown by 100 participants each year, reaching over 600 this year! We also included over 30 various cosponsors from Interfaith Family to Hazon to Chabad to the Israeli Consulate.

I was particularly excited this year to infuse Shabbat on the Lake with JOFEE programming stemming from my involvement in the first cohort of Hazon’s JOFEE Fellowship. Shabbat on the Lake served as the platform where the JOFEE world was introduced to the young adult Chicago Jewish community—the results were amazing! There was an apple cider press, a pickling workshop and a smoothie bike blender, along with a workshop from The Spice House on the history of spices.  JOFEE Fellow Shani Mink, working through her placement at Pushing the Envelope Farm in Geneva, IL, collaborated closely on planning and executing these JOFEE infusions and workshops. The results were incredibly well received. 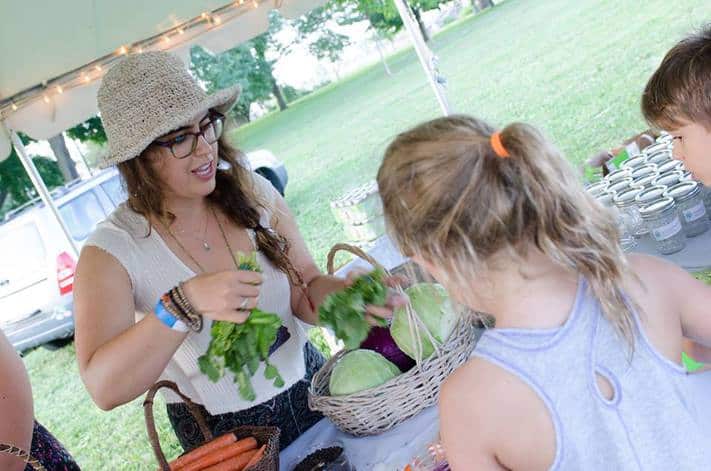 I was thrilled to be able to see how many more people were impacted and brought into this event because of these workshops. Every time I went over to the “JOFEE” tent there were people laughing, smiling, engaged and curious about what was being presented to them. There was never a lull in people and the tent was kept busy the entire time. I saw people videotaping themselves on the smoothie bike blender, eyes opening up after tasting fresh organic apple cider that they pressed themselves and senses being ignited through the various spices from around the world. The pickling workshop was interactive and people were able to see how they could pickle themselves at home! Shani followed up by posting a recipe on the Shabbat on the Lake Facebook event wall.

There are so many opportunities to infuse JOFEE programming and education into our communities. I’m thrilled to be given the opportunity to do this. Shabbat on the Lake is an example of how we can infuse JOFEE programming into already existing successful initiatives to engage more participants, as well as helping individuals connect to Judaism through another context and in a very meaningful way. 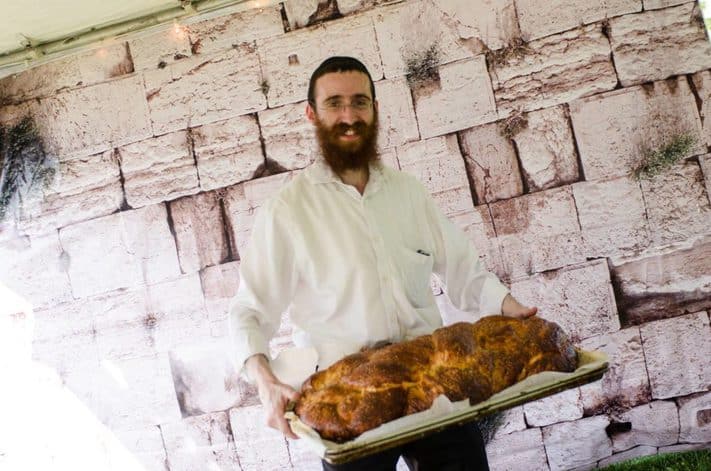 In this week’s Torah portion, Parshat Re’eh, Moses continues addressing the Israelites just before he passes away and instructs in the mitzvah of tzedakah (charity). The verse employs an expression of warning: “do not harden your heart.” Instead, open your heart. Open your hand.

Many of us, especially those living in urban cities, are far removed from nature, from connecting to the earth and connecting to these practices and mindsets in a Jewish context, from fully opening our hearts and opening our hands. It’s amazing to have opportunities to come together in a community gathering such as Shabbat on the Lake to explore all the ways to connect to Judaism –especially connections to the outdoors, food, and the environment.  Even after over a decade working as a Jewish professional, it’s a world that I am still discovering and it’s a world that I can’t wait to continue exploring.