This week in the Torah we see a double portion: Matot-Masei. Combining Matot and Masei, the two chapters at the end of Numbers/Bamidbar, allows for the need to start the book of Devarim/Deuteronomy on the Shabbat before Tisha b’Av.

Matot and Masei are both rather long portions but in the interest of brevity here’s a condensed summary:

It’s interesting how in Parshat Matot we have an instance where a woman has little autonomy, and a husband or father can completely annul any oath she makes; whereas oaths are binding for men. In Parshat Masei it’s the opposite: we have a case where if there are no male heirs in the family, the daughters are allowed to receive the land inheritance. I’m puzzled why the women have rights like men when it comes to inheriting land but are not trusted with making oaths. 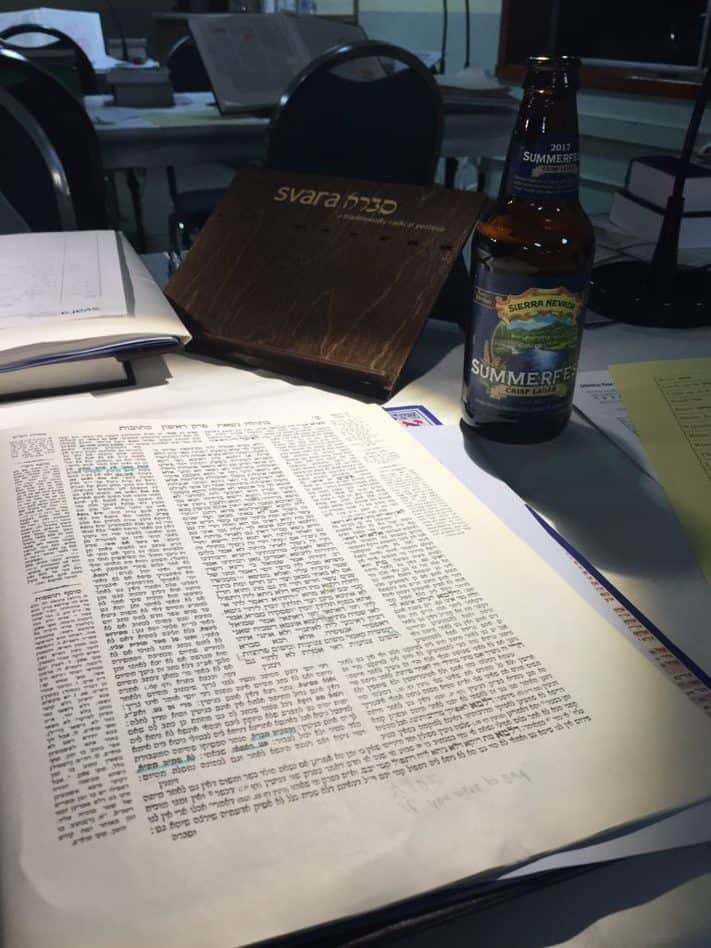 I recently returned to D.C. after spending five days at SVARA’s Queer Talmud Camp in California and thus it is fitting that gender normativity appeared heavily in Matot-Masei. SVARA (http://www.svara.org/) is a “traditionally radical” yeshiva based in Chicago, founded over ten years ago by Rabbi Benay Lappe to provide a place for anyone who has historically experienced Judaism as an outsider to access a traditional Jewish education from a queer perspective.

Traditional Judaism is full of gender norms but that’s not necessarily the world we live in today. Especially at the JCC where I work, we have community members with all kinds of identities and backgrounds. We want to provide an inclusive place for anyone to connect with their Judaism. From the LGBTQ community to interfaith couples and families and everyone in between, the JCC seeks to provide a connection to Judaism that is contemporary, yet still grounded in tradition.

One of the ways that we are accomplishing this goal is by providing spaces for people to write their own script for how they view their faith. My colleague, who runs the LGBTQ Outreach and Engagement program, and I are creating a monthly Torah & Sexuality workshop to discuss topics ranging from the multiple genders found in Jewish texts to sexual orientation. We want to create a queer-normative and inclusive environment that anyone can participate in. We will be teaching Jewish texts in a classic way, in paired hevruta study, but through a queer lens, very much based on the model that SVARA uses in their Beit Midrash. 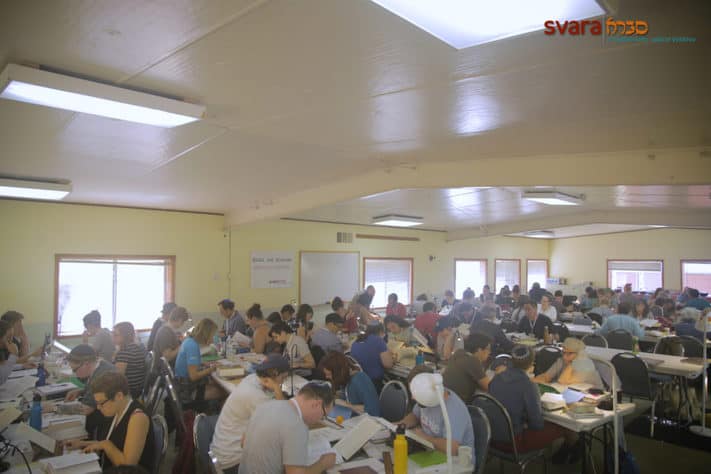 The SVARA Beit Midrash creates a queer-normative space to study Talmud but is also very similar to any other beit midrash | photo credit: Laurel Cohen

Darya Watnick is the Director of Jewish Engagement at the Edlavitch DC Jewish Community Center, focusing on programming for adults, families and young children. Prior to working at the EDCJCC, she lived in Israel for three years, participating in the Yahel Social Change Program in Gedera and studying at the Pardes Institute of Jewish Studies in Jerusalem. Read her full bio here.

Parashat Pinchas | D’varim HaMakom: The JOFEE Fellows Blog
Building a world I want to live in