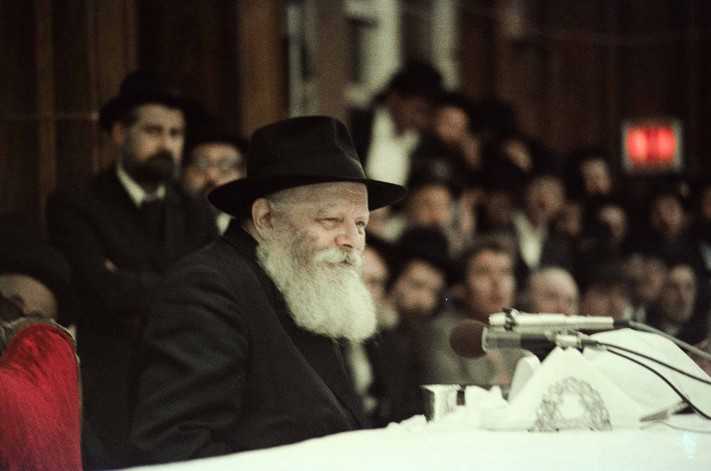 These four words are an imperfect attempt to summarize not only an ethos that underpins our work, but also some of its contradictions. Those contradictions have, if anything, grown over time. This period between Pesach and Shavuot is a good time to explore them. Metaphorically we’re in the wilderness, traveling without Torah and without rules, trying to figure out how we go from being against something to being for something. The former, of course, is psychologically far easier.

But what are we for? What do we do with our freedom?

What exactly is “Jewish inspiration?” When should we allow ourselves to be inspired, and when by contrast should we become alarmed?

I recently read both Chaim Miller’s and Rabbi Joe Telushkin’s biographies of the late Lubavitcher rebbe, z”l, and right now I’m reading David Eliezrie’s The Secret Of Chabad. I’m fascinated by the balance between fear and hope. The sixth Lubavitcher Rebbe confronted Stalin, at unimaginable personal risk. Close followers were tortured and murdered by Stalin, and then family members were tortured and murdered by the Nazis.

There is something I feel the Lubavitcher rebbes somehow got right about the balance between fear and hope. They experienced personal pain and loss and fear, they lived through some of the worst experiences of the twentieth century, they saw human beings at their absolute worst, and because of the nature of their rabbinate they personally heard about and experienced the suffering of many many others, in close to real-time, for enormous lengths of time.

Somehow they didn’t buckle under all of this. Leaving aside issues of theology and of practice, most of the people reading this have an understanding of the energy and style of a Chabad house, the sense of openness, the sense of simchah (which Lord Sacks, I think rightly, translates as “the joy we share with others.”)

So: on a day when a plane fell out of the sky in the southern Mediterranean, when we’re reminded of the appalling kidnapping of young girls in Africa, in the month after the hottest April in human history, and at a time that the political systems in many of the Western democracies are showing clear signs of rupture… I wonder how do we keep our balance, and what is the right balance?

And as best I can tell, this journey from Pesach to Shavuot, this seven week journey that maps the seven-day journey to Shabbat and the seven year journey to shmita (which we start to read about this Shabbat afternoon, and which we read in full the following Shabbat, parashat behar), this journey that is central to the Jewish calendar and the Jewish imagination; this is somehow about confronting evil, fighting to release ourselves from slavery, coming to terms with radical freedom, holding it, focusing it, and somehow – somehow! – coming out the other side with renewed commitments to focus, to self-limitation, to the hard decisions that make the world a better place.

With which thoughts I wish you Shabbat shalom! Do join us for our Shavuot retreat, or the first JOFEE Network Gathering (both with quite extraordinarily strong line-ups). Or sign up for our New York Ride it’s our first-ever loop ride, so there is a beautiful second day route, and you don’t need to navigate Manhattan traffic. It’s clearly going to sell out if you’re thinking of joining us, please sign up soon.

Finally: thank you to everyone who has donated to us this year. We have a match in place, and if you’d like to make a donation – ideally a monthly one – please click here. The work that Hazon does is extensive and wide-ranging. We’re touching people’s lives directly, we’re strengthening institutions, we’re fostering new ideas, and we’re engaging many of the best and the brightest of our young – and also not-so-young! – people. We can only do that because of the individuals and foundations who each say, yes, I want to be a stakeholder in this, it’s important.

May we be blessed with netzach (endurance, persistence) and within that a sense of hod (humility and simplicity and thus hope).