By Hazon on March 6, 2015 in Jewish Greening Fellowship

At JGF’s Leading Green conference, held February 10th in collaboration with the Wiener Educational Center of UJA-Federation of New York, we celebrated the New York Jewish community’s response to climate change and gave practical tools to Jewish communal leaders interested in starting the greening process. The conference was a resounding success, with over 100 people in attendance from a broad range of institutions and greening backgrounds. Times of Israel covered the event.

Many other JGF fellows shared their expertise during small table conversations about specific greening topics (e.g., composting, solar power, and greening with kids) and breakout sessions on facilities, environmental education, and greening/disaster preparedness for vulnerable populations. Participant feedback has been quite positive, and many attendees have expressed interest in starting to green their institutions or in being part of a future JGF cohort. 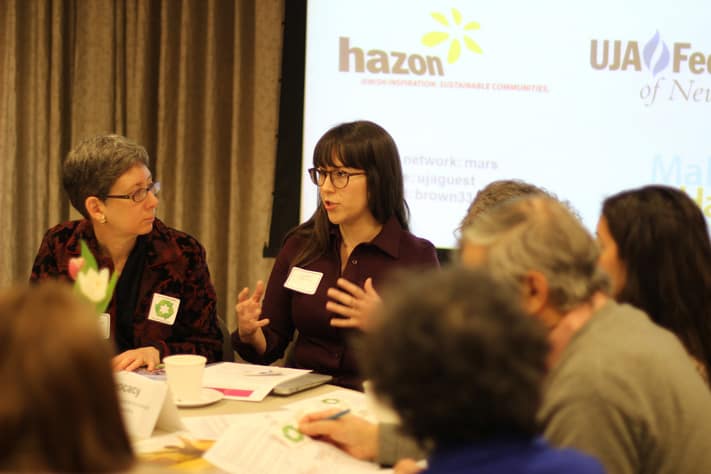 Participants share ideas at the Leading Green Conference, hosted at the Wiener Educational Center of UJA-Federation of New York.