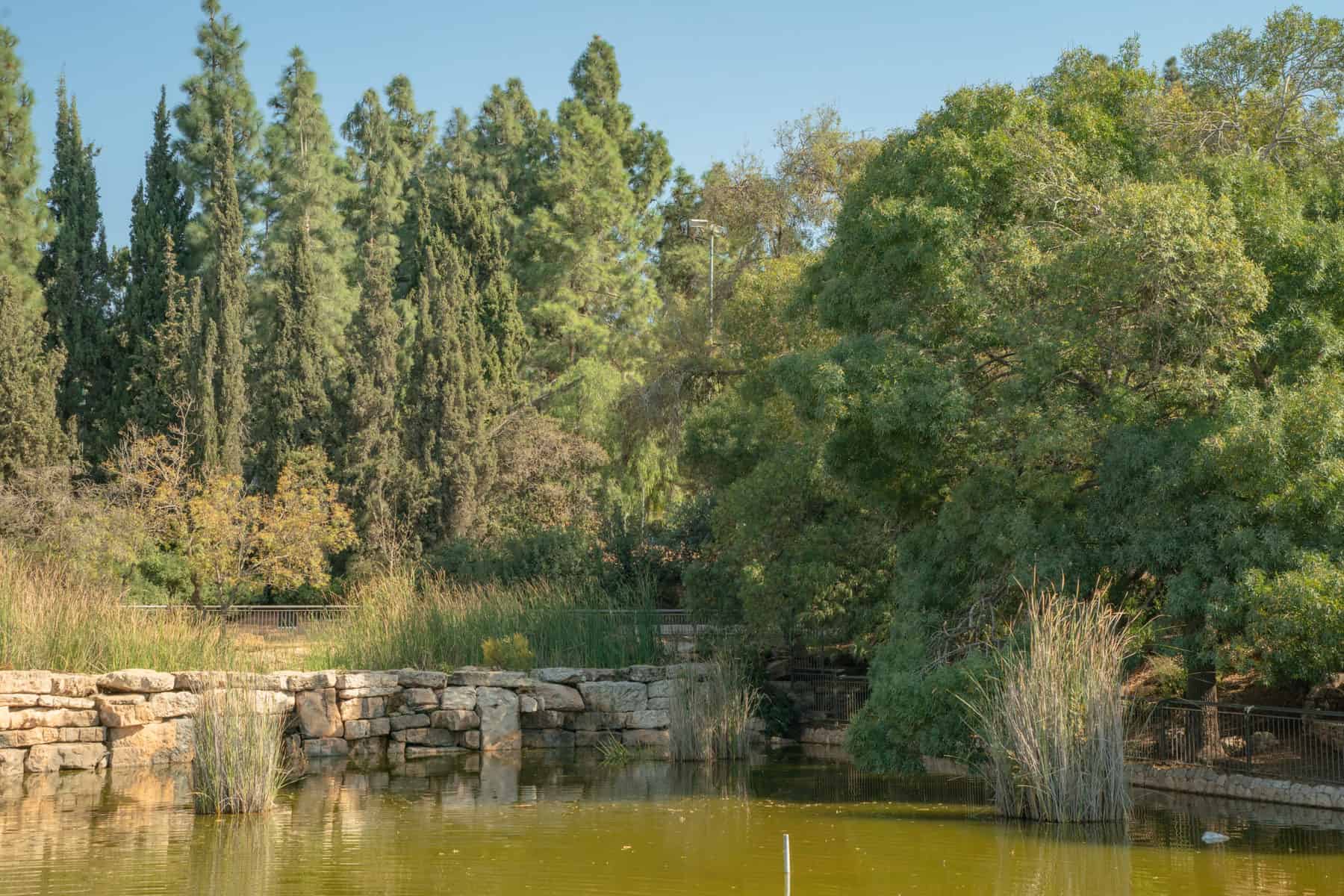 Shabbat shalom and I hope you all had a great Thanksgiving yesterday
with family and friends.

It’s an honor and pleasure to be here with you
on behalf of Hazon Detroit –
the Jewish lab for sustainability,
and a grateful partner of Temple Israel’s,
and I’d like to say thank you for having me.

On Friday mornings
in my previous job
as a congregational rabbi in Los Angeles,
I would sometimes get to lead “tot shabbat”
At our Early Childhood Center, for the little ones.

Early in the service,
me and the students
would get to “modah,” or “modeh ani” –
Our prayer of gratitude that we say
Each morning
As the very first thing
We recite upon rising.

Before we’d sing though,
As a sort of warm up,
And to get us oriented to the meaning of “modeh ani,”
I’d ask the group to share what they were grateful for,
And one by one,
(Or sometimes all at once!)
They would share charming and unsurprisingly cute responses like:
My mommy
My brother
Cereal!

And it was the best thing ever.

And,
Almost without exception,
one of these little ones would also say something having to do with nature:
The trees
Or “The sunshine” (which they actually have there)
Or “My dog!”

Which all made my heart kind of tingle,
Because for kids and adults alike,
Nature, it seems –
Has a tendency to inspire within us
A deep kind of
Gratitude
And Thanksgiving,

Growing up in Massachusetts, I felt this often at my parents’ house –
where they still live and where I grew up –
Which has about
200 acres of conservation land –
Woods and trails and lakes and ponds –
Which abuts the backyard.

I’ve felt this traveling to National Parks and faraway countries, and walking in the local Arboretum where I used to live in Boston.

And I’ve even felt this sitting on the couch,
just watching Planet Earth or flipping through National Geographic!

Maybe it’s something you’ve felt, too?

I’d like you to think for a moment,
About one moment of nature connection that you’ve had,
Over the last week,
Or the last year –
When you’ve paused and taken in the magic of nature.

What’s the moment?
What did it feel like for you when you were in it?

Now,
As a teacher of mine,
Rabbi Benay Lappe says,
“I want you to memorize that feeling.”

Nature, our tradition holds,
Is a manifestation of the Divine.
God in material form.
The form of beauty,
and flowers,
and buds bursting,
And water flowing.

Modeh ani. Modah ani. Lifanechah.
Grateful am I before you, God.

Melech hai v’kayam
The ruler of life and sustenance

She’he’hazarta bi
That you returned to me

Rabbah Emunatechah
Your faith is abundant.

Or, for Rabbi Abraham Joshua Heschel,
One of our more modern sages:

“In the very experience of wonder,” he writes, “one is already beginning to say that existence comes to us as pure gift.”

Amazement,
the radical amazement that Heschel is well known for,
and that we seekers try to seek,
comes, we learn,
from the astounding fact of existence in the first place:
The miraculous reality of being at all,
Or as Heschel says, “the unexpectedness of being as such.”

What many of us take for granted is actually the starting place of amazement and gratitude, the fact that nature and we exist in the first place.

And this is good! Because in our work as Hazon,
We rely upon this amazement as a bridge,
Using the “natural” (no pun intended) connection
that so many of us feel to nature,
As a way to help us all sort of, lean-in
towards a more sustainable lifestyle,
As individuals and organizations,
And as a motivator for environmental action
That is meant to help this planet and one another on a larger scale.

It’s this gratitude born of amazement
that led us to show up here on Purim last year,
with our big yellow topsy-turvy bus,
handing out pineapple upside-down cocktails
and mocktails in compostable cups,
Riffing on the Purim theme of the world turned upside down,
With a message that we need to turn this world and our values right-side up.

It’s this feeling of gratitude,
That has led you all to show up as partners
at our Michigan Jewish Food Festival at Eastern Market
in Detroit year after year.

It’s this feeling of gratitude that led us to join Rabbi Bennett, and Zach, and your Temple Israel teens
This past summer on Shavuot,
To help plant your garden
on the edge of the parking lot just outside,
full of crops that, when harvested,
Can be used as symbolic foods
in a variety of holiday programs and celebrations,
Like the potatoes that we harvested a couple of weeks ago and gave to your Early Childhood Center,
So that you all can use them for latkes this Hanukkah.

And it’s this feeling of gratitude that led Temple Israel to become a Hazon Seal of Sustainability site this year,
Joining with over twenty other Jewish organizations
in the Metro Detroit area,
And another 50+ across the country,
committing to working towards
a more sustainable Jewish community and world for all.

On Thanksgiving
and each day when we say “modeh ani”
We are grateful for the blessing of existence.
And from that place, we act.

But Hebrew language is deep
And rich
And at the root of the word for gratitude, “todah”
Lies another word, stemming from the same source,
Requiring a seat at the table alongside our thanks.
And that word is “confession,” like the “vidui” we say on High Holidays.

According to Rav Kook,
The former and first Ashkenazi Chief Rabbi of Palestine,
In his commentary on the siddur, the prayer book,
He says of “modeh ani:”

“The teaching that there is an obligation to give thanks through language,”
Meaning, the obligation to say “modeh ani,”
“is derived from two aspects of meaning in this term:

One is thankfulness, todah, which results from gratitude toward the one who does good” – perhaps God.
And the other is confession, hitvadut, which is an acknowledgement of the truth.

The two are fit,
one to the other.”

According to Rav Kook,
we cannot decouple the gratitude we feel in life,
towards life,
And for life,
From the confession of the truth that underlies it.

When we discuss climate,
and the environment,
and our connection to nature,
I want to invite us all
to allow into our frame,
not only the gratitude we feel for the gifts we receive from simply being alive,
But also the willingness to acknowledge
and honor
and confess our responsibility.

Our responsibility for the fact that 17 of the last 18 hottest years on record have come since 2001.

To confess and take seriously the fires that are displacing my friends and former community members in Los Angeles,
And in Australia,
And up until recently,
In the Amazon.

The reality that it rained in Michigan 23 days last May,
Making it an exceptionally difficult growing season for local farmers,
and that May to May last year
was the wettest year in Michigan history.

Confess to the reality that climate change is already impacting countless lives,
Causing a growing number of refugees,
And extinct species,
And new diseases,
Confess that our climate will continue to change in ways we haven’t seen before and are only just beginning to understand.

According to the UN secretary general,
We now “must set radical change in motion,”
Just to hit the minimal goals we set forth
at the Paris Agreement in 2015.

Modeh ani lifanechah –
It is up to us, not only to give thanks for what is,
But to acknowledge and act upon the truth within it.
So that this earth, and the beauty of nature may remain,
Not only for us,
But for our children
And their children’s children
And beyond.

This week we read from parasha Toldot,
The Torah portion of “generations.”

In it, we find wells that have been stopped up.
Like – according to one commentator –
a heart that is choked,
Where the water cannot flow or be accessed
because the Plishtim,
the others in this case,
have covered the wells that Abraham once dug,
with soil and rocks.

It is up to Isaac to uncover them.

Well (again, no pun intended),
Our wells are covered now, too.
Wells of compassion,
and the recognition of our inherent interconnectedness with society and the rest of the more than human world;
Wells of sacred mystery and divine unfolding within our own Jewish tradition,
that have been buried for millenia;
And even unfortunately,
Sometimes,
wells of softness and openness that may become blocked within our own hearts.

The ancient and living water beneath all of these wells and more now seek to flow anew,
to be uncovered and released.

In this historical moment,
As we couple our gratitude and nature-connection
with spiritually-rooted nature-based action,
And embrace the ever-growing
“revolution of values,” that Dr. King once spoke of,
I want to invite you, on behalf of Hazon, to join us in what we’re calling,
The year of environmental teshuva,
When Isaac went to uncover the wells that had been covered,
our text says that he made t’shuvah.
He “yashav” – in Hebrew.
He returned.

This is the year for turning inwards,
in return and repentance.
To commit to one thing that you will do this year,
That will better the environment and yourself.
Perhaps you’ll plant a tree with a new initiative we’re launching, called JTree.
Or you’ll reduce the amount of plastic you use.
Maybe you’ll buy more local produce this spring.
Or even refrain from eating industrial meat or dairy at an extra meal or two this month.
Or maybe you’ll show up on the streets for the next climate march.

Whatever your commitment is,
Hazon and Temple Israel are here to support you
and we will keep you posted on all sorts of way
that you may choose to get involved throughout the year.

In short,
we are asking that you help make 5780 a turning point,
For us today and for the generations to come.

At the end of his commentary on Modeh Ani,
Rav Kook says the following:
“The first exuberance of life which meets one as they rise from sleep, finding before them a full, new world in all its wholeness and goodness, lifts up the light of the inner intellect to recognize the light and brilliance which lie at the foundation of life.

Despite our muddied, clumsy existence as humans,
he continues, “the spirit rises to a clear Divine perspective, to see the soul of the light of the Life-giver of the world in the splendor of its action.”

This Thanksgiving weekend, this holiday season
and every day of our lives,
may we give thanks with all our heart,
rooted both in deep gratitude and honest confession.

And may we be “moved by our feelings of thanksgiving,” as Rav Kook concludes, “so that we may acknowledge the truth, fulfilling the depths of the truth of spiritual awareness, testifying on all the light of life and existence, that it flows from the spring of goodness and its source, from the source of transcendent lovingkindness, which pours out abundant life to all the many worlds and their creations.”
Let us make 5780 be a true year of environmental teshuva, of wells uncovered, and of connection. Let us do it together with love and thanks. And let us say, Amen.

Rabbi Nate DeGroot is the Associate Director, Spiritual & Program Director at Hazon Detroit, the Jewish lab for sustainability. In this role, he is helping the metro Detroit Jewish community reconnect with their own earth-based Jewish roots, while reinvesting in their historic relationship with the Detroit community through its transformative, black-led food and environmental justice work.

Hazon Seal Spotlight: Eggcellent News from Tamarack Camps (MI)
Tips for Optimum Digestion According to the Ancient Wisdom of Ayurveda