The only way we’re going to get it together, is together

Welcome to a growing community of Metro Detroiters exploring health, environmental awareness, nature, the outdoors, and food in all its delicious interconnectedness. We are educators and learners. We are among those making a connection to our deep wisdom tradition grounded in wonder and gratitude. We claim justice and Tikkun Olam as part of who we are. Hazon in Detroit is here to support you in creating a healthier, more sustainable way of life, community, and world.

We work to strengthen existing congregations, organizations and individuals through education, earth-based ritual, greening for sustainability and regeneration.

Let us know the best way to reach you.

You can connect with us through Facebook, by email, get our monthly newsletter, or just drop by. 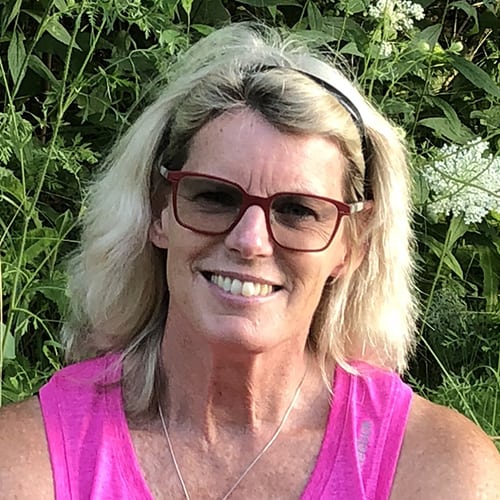 Wren is passionate about the outdoors and living sustainably. She grew up on a small animal farm in Southeastern Massachusetts where chickens and turkeys roamed free, and the woods, lakes, and cranberry bogs were her first playgrounds. She learned to organic farm between the pine trees and has continued the practice for over 30 years. Hence, coming to Hazon completes a life circle. She sharpened her horticultural instincts while managing greenhouses, and her love of natural healing was fostered in the health food industry and honed while raising her children, Maggie and Aaron. Education was a natural next step for Wren; she spent the next chapter of her life working in Waldorf and Jewish experiential education. Thus began her Jewish professional journey: she progressed from teacher to Director of Education at a Reform/Renewal synagogue to Director of the Berman Center for Jewish Education at a Conservative Synagogue to Senior Director of Adult Jewish Engagement at the Jewish Community Center.
Having recently completed building an eco-friendly house in Milford, you can find her in her off time protectively watching over her bees and seedling trees as she learns the ways of her land and her tractor. She is beyond excited to be working at Hazon – blending her love for Judaism, her talent for active community collaboration, and her passion for living sustainably. 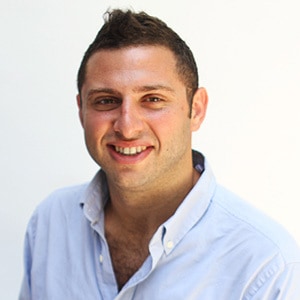 Rabbi Nate DeGroot is the Hazon Detroit Associate Director and Spiritual & Program Director. In this role, he is helping the Detroit Metro Jewish community to reconnect with their own inherited earth-based Jewish spirituality and reinvest in their historic relationship with the Detroit community around its transformative environmental justice work. He was ordained at Hebrew College in Boston, where he also received a Masters in Jewish Education. He most recently served as the inaugural Jewish Emergent Network Rabbinic Fellow at IKAR in Los Angeles, and before that founded a grassroots cooperative Jewish community in Portland, Oregon. He is a lover of the wild and is excited to bring his passion for all things sacred to his work at Hazon. 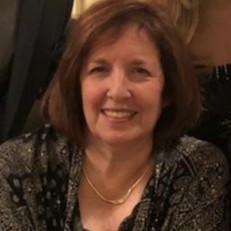 Marla Schloss   Detroit Food Festival Manager
Marla Schloss is the Detroit Food Festival Manager. Working with Hazon gives Marla the opportunity to combine her commitment to the Jewish community with her desire to create healthy, sustainable, and green living practices. Marla became aware of Hazon when she, her husband, and her daughter, all Jewish educators, were part of a JOFEE certification program offered through the Jewish Federation and led by the Hazon staff in Detroit.
Prior to her current position, Marla was an art teacher for 30 years in the Detroit public school system. She was recognized for having the largest student involvement in the Detroit Institute of Arts Student Exhibition. Marla is a native Detroiter who enjoys spending time with her family and pets, creating art, attending Broadway shows, movies, shopping, and then resting on Shabbat.
Detroit, MI | marla.schloss@hazon.org 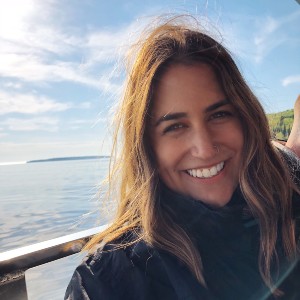 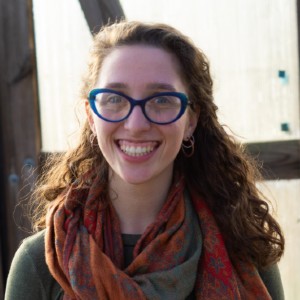 Hannah engages the Detroit and Metro Detroit community in conversation, education, action, and advocacy as it relates to climate justice. She previously worked in environmental consulting and has lived and worked on organic farms across North and South America. A transplant to Detroit from the metropolitan area, Hannah has fallen in love with the city’s deep sense of community, especially as it relates to food and environmental justice. Hannah attended Wayne State University where she earned a B.S. in Biochemistry and Chemical Biology. When not getting her hands dirty she can be found exploring, cooking, or planning her next trip.

Hazon’s work in Metro Detroit is made possible by the generosity of the following funders:

The William Davidson Foundation seeks to have impact in the following areas of interest:

As a legacy of Sinai Hospital, The Jewish Fund continues the tradition of assuring excellent and compassionate care for those in need in Metropolitan Detroit by awarding grants to help vulnerable individuals improve their health and human condition.

Let’s celebrate Jewish food traditions, bring them into the public space, and let’s renew Jewish life and create a better world for everybody…

It is with deep regret that, in light of the current state of the world, we have made the difficult decision to cancel this year’s Hazon Michigan Jewish Food Festival.

We had been pursuing every possible way to offer a healthy and safe in-person experience to our community and partners, for whom this celebration is a highlight each year. What happens with Hazon through the Food Festival, the Seal of Sustainability, and our educational, spiritual, justice, and community programs is reflective of Hazon’s mission to create a more sustainable world for all.

Though we won’t join together at the Food Festival this year, we are no less on this journey together. And so in that light, we’re thrilled to announce the launch of our Food Festival In A Box! In collaboration with your favorite vendors and community organizations from previous Food Festivals, we have procured specialty food items, created meaningful justice opportunities that you can do remotely, and curated a delicious and interactive Food Festival experience that you can take home with you. We know this isn’t the same as being together at Eastern Market, but we’re confident that this will provide just the right kind of taste of what makes the Food Festival so special. The Food Festival has grown to become Metro Detroit’s largest annual Jewish gathering – a way to connect, to learn, to experience, and to grow as a community. We’re so excited that we’ll be able to keep building that momentum this year, even in a new and adapted form. Keep your eyes peeled as we release more information in the coming weeks, including featured vendors and community organizations, as well as links to register for your Box.

If you’re interested in becoming a sponsor for this year’s Food Festival In A Box, or have any questions about this program, please contact Marla Schloss at marla.schloss@hazon.org.

A Student’s Reflections: Inspirations out of Detroit
By Daniel Heinrich, eJewishPhilanthropy, June 28, 2020

Video: How to use your garden to help others during pandemic
By Sandra Ali, WDIV ClickOnDetroit, June 3, 2020

Detroit Businesses and Schools are providing Food for those in Need
MegaCast, Civic Center TV, April 22, 2020

Creative Gardening For A Cause During COVID-19
By Corrie Colf, The Jewish News, April 17, 2020

Faces and Places: Tu B’Shevat Seder at the JCC
The Jewish News, February 18, 2020

It Takes a Community to Protect the Planet
USCJ Journeys, February 2020

Here are 7 things to do in your neighborhood this weekend
WXYZ Detroit, August 16, 2019

Step on board the topsy turvy bus. It runs on solar power and veggie oil
Fox 2 Detroit, July 12, 2019

A Giving Gardens Club
By Vivian Henoch, My Jewish Detroit, May 7, 2019

The Best Jewish Food in Detroit
By Liz Alpern and Jeffrey Yoskowitz, My Jewish Learning, November 7, 2018

A Feast from King Solomon’s Table
by Vivian Henoch, My Jewish Detroit, August 2017

Reflection on Returning to Detroit
by Zoe McCoon, July 10, 2017

The Israel Ride: Off the Beaten Path from Jerusalem to Eilat with Andy Roisman
by Vivian Henoch, myJewishDetroit, January 8, 2016

Why Hazon, Why Now
by Vivian Henoch, myJewishDetroit, November 20, 2015

Hazon in Detroit is proud to be a part of a national campaign to green Jewish organizations through the Hazon Seal of Sustainability. The Hazon Seal provides guidance and support to advance sustainability-related education, action, and advocacy in the Jewish community. Participating institutions receive:

Although the Seal of Sustainability is run on a national scale, Hazon Detroit has dedicated staff on the ground that are able to build strong relationships and help our Sites accomplish all of their project goals. In our first year piloting the program we had 6 Seal Sites. Today, 3 years later we have 16 Sites on board and are still growing!

See below for the many accomplishments that have been completed among our Sites so far!

To learn more about joining the Seal of Sustainability here in Metro Detroit email brittany.feldman@hazon.org