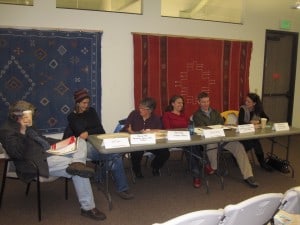 Dyer took on the role of Monsanta incarnate and spurred a lively discussion around the concerns of GMOs, the science and history behind them, prospects for the future, current legislative factors, and what individuals can do to empower themselves to eat healthily and safely and get involved with the movement.