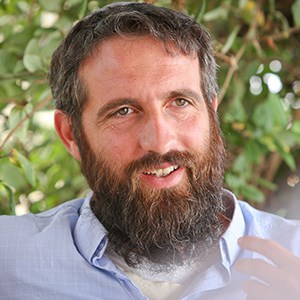 This week we start reading Sefer Bamidbar, also known as “The Book of Numbers.” A strange name for a book, is it not? It derives from the fact that the first portion of the book, as well as other parts later on, deal primarily with counting, classifying and organizing the People of Israel back in the Sinai desert.

The text gives a pretty detailed account of the numbers of men in each tribe, and using some simple calculations we can estimate that anywhere between 4-6 million Hebrews lived in the world at the time. The funny thing is that after this general census it was actually forbidden to count the People of Israel again, so the exact number of Hebrews, and later Jews, will remain a mystery. However, Jews don’t always do as they’re told, right?

About 500 years later, King David made another census and was severely punished for violating this law (Chronicles I, 21). If we use the same kind of calculation we will find that the nation has pretty much multiplied itself, to 8-9 million people. Do the math, and you will discover that under normal conditions the Jewish people should have been the size of the Chinese at this point. But it’s not, it’s barely 14 million people strong. We also know that throughout the 2,500 years that have passed since the times of King David our nation never reached a much larger size, and at its lowest point was barely a million people strong, during the time of Rashi and the Rambam (about 800 years go). So where did everybody go? Many were killed in pogroms, and primarily in the Holocaust, but the truth of the matter is that most people probably just chose to leave. Assimilation and opting out of the Jewish People is not a modern, or post-modern, phenomenon, but rather a phenomenon as old as our nation itself. Being a Jew in this world is a mission, a challenge, as well as an opportunity for living a meaningful life. But not everybody is interested, and that’s fine.

While numbers are not the only parameter for the vibrancy of the Jewish People, it is safe to assume that it is important and that if we drop under a certain level of critical mass we may lose momentum significantly as a nation. That is one of the reasons most Jewish institutions in the world are predominantly preoccupied with numbers: intermarriage rates, affiliation rates, diminishing membership in Synagogues and so on. But perhaps they are a little bit too preoccupied with that?

Last week we held another Hakhel local gathering in NYC, attached to the Collaboratory, a conference for Jewish innovators and entrepreneurs. This was the sixth conference, and I had the privilege of attending it as well as three of the previous ones. The first one I attended was in San Diego in 2014, right after the famous Pew study was published with detailed statistics on the Jewish People, showing diminishing levels of affiliation, as expected. I remember one of the organizers saying at her keynote speech, that we – meaning the people at that conference – are the response to the Pew report and the proof that Judaism is not only here, but is actually thriving and reinventing itself as we speak. That conference had about 100 participants; the one in NYC had five times more and was sold out within 48 hours. The Jewish innovation scene is booming and the amount of talent and energy in it is astounding. So while numbers are going down, and they are and there is only so much we can do about it, a Jewish Renaissance is evolving below the surface, waiting to be better acknowledged by legacy institutions and receive the proper support it needs in order to take Jewish life to the next level.

Hakhel is proud to be part of this scene, with over 100 Jewish Intentional Communities around the world, in 30 countries and all continents. Community is the second most important component in Jewish life, after the family, and weaving a network of such communities is something we can all be proud of, and excited about.

So this month, like every month, we are glad to share some more professional insights, stories from communities around the world and key opportunities for all of us to grow.

Below is a picture from our NYC gathering of course, which was an amazing opportunity to learn and network with people from North and South America, Europe, Australia and Israel! 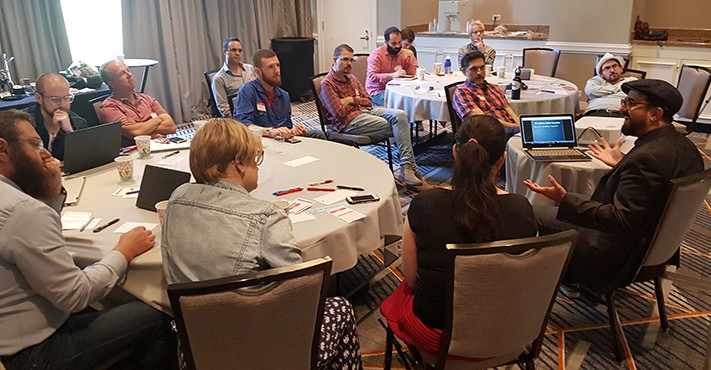 I would like to conclude with a blog shout out to Deborah Fishman from FED, and one of Hakhel’s advisors, for creating this time together for all of us!

Hazon Detroit: Will We Change?
June Feature – Teva Students to Teva Educators: Where Are They Now?