Apart from having names that are routinely confused for each other, Hazon and MAZON are on the same page when it comes to food justice and inspiring the Jewish community to work towards healthier and more sustainable communities. We’re thrilled that Abby Leibman, the new President and CEO of MAZON, will be one of our Food Conference presenters this year. MAZON: A Jewish Response to Hunger is a national nonprofit organization dedicated to preventing and alleviating hunger among people of all faiths and backgrounds. 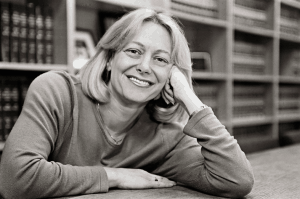 “I love that so many teens donate to MAZON as part of their Bar and Bat Mitzvahs,” Ms. Leibman told Hazon recently. “I want to make sure that they understand why their efforts are so important. How is it that we have so many food-insecure people in the wealthiest country in the world? The first steps are finding a way to understand who is hungry in America, the magnitude of the situation and its causes. Then, community organizing and people teaching each other about the causes of hunger can help to bring about meaningful change. This is something I’m really excited to bring to my work at MAZON and my session at the Food Conference.”

Find out more about Ms. Leibman and see our list of presenters!

Learn More About the Food Conference