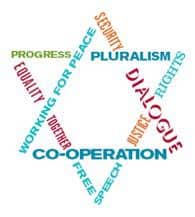 Sixty-three years after the signing of Israel’s Declaration of Independence, the New Israel Fund invites you to celebrate the social justice values enshrined in that document.

In partnership with Hazon, Repair the World, and Pursue we will host members of the newly-launched Siach network, an international network of Jewish social justice and environmental professionals, and explore the important work progressive activists are doing in Israel and the U.S. Emceed by Ami Dar, founder of Idealist.org, followed by in-depth learning with:

A light, kosher meal and refreshments will be served.

In partnership with Hazon, Repair the World, Pursue

If you’d like to attend this event you can purchase tickets online.