This week’s Torah portion — Vayishlach — is jam packed with complex and significant plot lines that the reader can surely glean valuable lessons from.

The parsha opens up with Jacob preparing himself and his family for their eventual encounter with his twin brother Esau, who he has not seen in quite a long while. We then read about Shimon and Levi’s attacking of the city of Shechem, followed by Rachel’s passing away, while giving birth to her youngest son Binyamin. 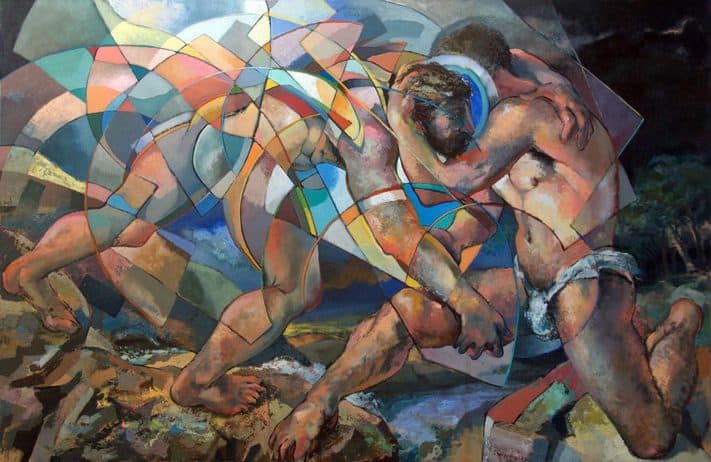 I want to further examine the relationship of Jacob and Esau — and how that presents in this week’s parsha — as well as exploring Jacob’s nighttime meeting with the angel. In the first chapter of Vayishlach, Jacob says to God:

We see here very clearly just how anxious Jacob is in anticipation of encountering his twin brother. Jacob and Esau are the perfect twin foils for one another. Since the time that Jacob came out of Rebecca’s womb clutching onto Esau’s heals, the two have been in a back and forth relationship of struggling with one another.

Jacob is with his entire family on their way back to the holy land of Canaan, but first he must engage in confronting his brother along the way. It seems as though in order for Jacob to find inner peace and achieve redemption, he must first fully confront his foil, his shadow side if you will.

Jacob and Esau are simply two different sides of the same coin.

They are twin brothers, and thus are forever intertwined with each other. Jacob is one of the archetypal figures throughout the bible that is known for his willingness to examine his shadow side. He is constantly struggling and wrestling with his belief and in his relationship to the divine. This willingness to truly look at the harder parts of his personality, are what really allow for a true wholeness to shine through in his relationship to God.

While sitting down and looking further into this week’s parsha, I was also aware of the fact that we just experienced a full moon that happened to coincide with the reading of this parsha. I have always appreciated the way that Judaism is so closely in relationship to the cycles of the moon. This most recent full moon happened to fall out situated in the constellation of Gemini. Gemini is Latin for “twins,” and it is associated with the twins Castor and Pollux in Greek mythology. Whether or not you are interested in astrology isn’t the point; I just thought it was a really sweet coincidence that the twin focused Gemini Full moon happened to fall out just as we were reading the parsha about the reconciliation of the most important twins in the Torah.

A few weeks back in the parsha of Veyetzei, we read about Jacob lying down with his head on the rock at nighttime, where he then had his dream about the angels going up and down the ladder. As we will soon see in this week’s parsha, Jacob may seemingly be alone in the darkness, although an emissary of the divine actually always accompanies him. Jacob is alone at these hours of the night, when he can truly examine the darker shadow sides of himself in relationship to God.

The beauty in this is that God is always right there by Jacob’s side through thru the darkness. In this week’s parsha, Jacob is alone again during the night, and this time he encounters an angel whom he wrestles with until the light of the sun comes up at dawn. Jacob wrestled with this angel all through the night and we read that the angel says, “ let me go for dawn is breaking”, and then Jacob responds, “ I will not let you go unless you have blessed me.” The angel then blesses Jacob, and tells him that from now on he will be referred to as Yisrael, for he has a commanding power with God and his fellow human. Jacob is now and forever known in the Torah as the “one who wrestles and struggles with God”. Some interpretations of the name Yisrael also take it to mean that God will always prevail.

I think that the two meanings of the name can work together, in that Jacob wrestles with, and struggles with the divine, and that the divine always prevails and is present with Jacob, even in the darkness. The true power that lies within Jacob is his continued willingness to be in a state of wrestling and grappling with the complexities of his human experience. 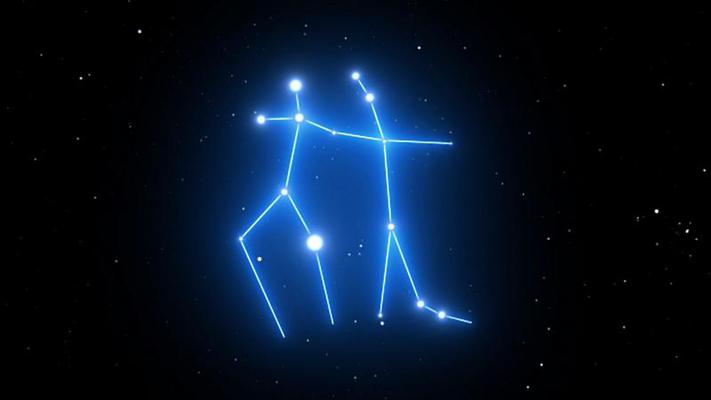 Some like to interpret that the angel that Jacob wrestled with during the night, was actually a depiction of his twin brother Esau. This seems to fit perfectly with the idea that Jacob needed to fully confront his foil and engage, examine, and literally wrestle with him until dawn. It was only then, that Jacob was ready to confront him in the flesh.

That next morning Jacob and his family reached Esau and his camp, and we read that, “Esau ran toward him (Jacob) and embraced him, and he fell on his neck and kissed him, and they both wept.” I think this is one of the most profound and beautiful scenes in the entire Torah. I feel that this simple reconciliation of the twin brothers can be read into on so many levels. This week I am choosing to relate to it- in that this level of embrace can only be achieved once Jacob goes into the darkness, and has his own journey of fully confronting and wrestling with his shadow side. Only once he confronts his foil in Esau, and truly comes face to face with that side of himself, is he then able to meet his complete self and engage in a loving embrace with his twin. 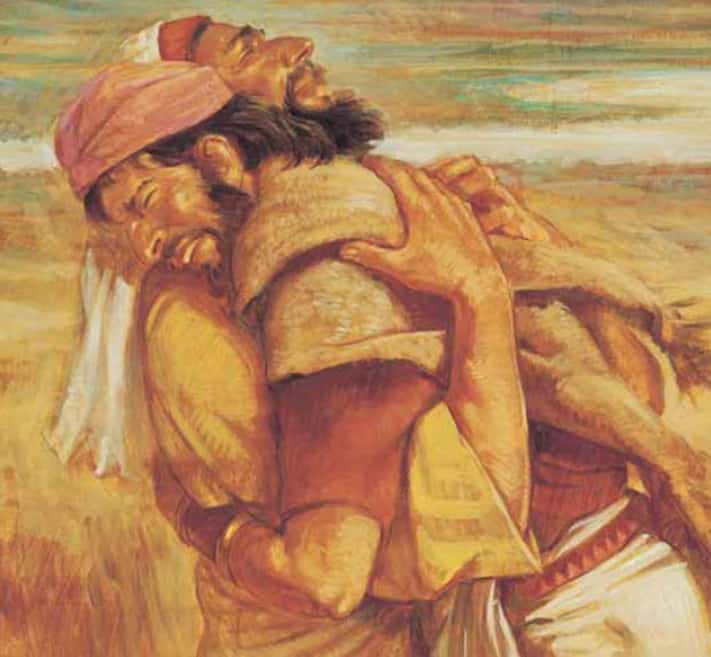 In Vayishlach we can learn from Jacob how important it is to examine the parts of ourselves that may be a little bit hard to wrestle with at times. I want to bless us all with the courage to go out and be alone in the darkness, and always trust that God will prevail, and remain present with us even during these times.

Jacob Weiss is Event Coordinator and JOFEE Fellow at Isabella Freedman Jewish Retreat Center. He was a Summer 2016 Adamah Fellow and brings his extensive culinary experience to JOFEE programs and workshops at IF.

Why go on a Jewish meditation retreat?
The Miracle of Chanukah: A Lesson on Longevity