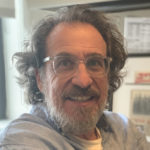 Here’s the statement that Hazon & Pearlstone have just released.

All the rest (of this email) is commentary…

I’m stepping down as CEO after 21 years. It is bittersweet. I love this organization, and I believe in it very deeply. I’m so grateful to everyone who has helped us, and helped me, reach this point.

And/but… it is good to make way for new leadership; and good to step down, to reflect, renew, to think about vision and the next phases of life.

For me the timing goes back partly to the last shmita year, in 2014-’15. I (somewhat randomly) decided not to buy books or liquor. Clearly neither of these things is religiously prescribed. But I wanted to do something that would remind me that the year was different from the other six in the cycle; and I wanted to change my behavior in a way that, like the biblical shmita, would reduce my normal consumption. To my surprise, I kept to these two decisions the whole year. They did indeed remind me not only that it was the shmita year, but also that in so many ways, I had enough.

And at the end of the year someone asked me what I wanted to do next time.

Without giving it much thought I said, next time, I want to spend the shmita year in Israel.

The next shmita year (which starts on Rosh Hashanah this year, i.e. September 6, 2021) was, of course, the far future, from 2015. But by the end of 2019 this was a looming fork in the road. I could be in Israel for a year, or CEO, but I didn’t think I could easily do both. Then Covid hit in February, and the next few months were a blur. But in July and August last year I started to tell board members, and in due course the full Hazon board, that I did indeed want to step down as CEO by this August. 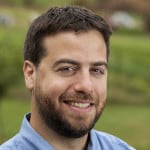 A search process began. The choice of a new CEO is not mine but the board’s. But my stepping down as CEO is now leading, to my very great delight, to a merger between Hazon and Pearlstone, which I very strongly believe in. Jakir Manela will succeed me as CEO of Hazon on August 1st 2021, and will be CEO of the two organizations as the formal legal merger is completed. By next year he will be the CEO of the new, post-merger Hazon. Click here to learn more about the merger.

This is obviously significant news, both for the organization and for me.

A non-profit is a trust. No-one owns it.  As CEO I accept responsibility for the organization’s failures or weaknesses, and certainly for my own; but credit for Hazon’s successes rightly goes to an enormous number of people.  Literally: my thanks go to every single board member, since first we began. Every single staffer. Every funder, major or minor. Every volunteer, every intern, every organizational partner. Every synagogue, every rabbi, every activist, every farmer, every rider, everyone who strengthened this enterprise with ideas, with connections, with the sweat equity of meetings, (which are important, because that’s [part of] how groups of people get things done in the world).

I want to place the merger with Pearlstone in context. I founded Hazon at the very start of 2000. My first day at the office (which was inside the offices of the Nash Family Foundation; it was Jack Nash, z”l, who gave the first gift to enable Hazon to come into existence) was in March 2000.


So it’s now 21 years that I’ve been leading this organization.

We started with a Cross-USA Jewish Environmental Bike Ride.
Then the New York Ride and the Israel Ride.
Then we started our work on food – a beit midrash on food and Jewish tradition; a blog; Jewish CSAs; the Hazon Food Conference. Siach. The first Intentional Communities Conference. A wide range of publications, our work on shmita, the more than million dollars we’ve given in mini-grants, the organizations we’ve been fiscal sponsor to, more than 40 discrete rides or programs to Israel. The merger with Freedman and with Teva. Hakhel, the Jewish Youth Climate Movement, the Shmita Prizes.

I remember someone, about 2004, saying to me, Nige, I didn’t get that we needed a Jewish environmental organization – but now I do. So why are you doing this food work??  (A dozen years later, in almost identical terms, someone else said to me, I get Hazon’s work on food – but why are you doing stuff on intentional communities?).

And of course, I was somewhere between smiling and tearing my hair out. Because Hazon was never, in one sense, about food – or about bikes, or intentional communities, for that matter.

The organization has always been about hazon – about vision.

Despite – because of – huge challenges in the world, we’ve always wanted this organization to be about a positive vision. To connect, to support, to catalyze. To innovate, to try things, because we need fresh ideas and energy. It was true in 2000, and it is even more true today, that the challenge of environmental sustainability – of how several billion people live sustainably on this planet – is the greatest challenge that we face right now.

How do we address this? How do we marshal the energies and assets of Jewish life towards creating a more sustainable world for all?

So our programs have grown and evolved, these last 21 years.
But our core vision has remained remarkably consistent.

To be grounded in the particularity of Jewish tradition and Jewish community, and yet quite explicitly working for a healthier, more sustainable and more equitable world for all.
Committed to inclusive community, to bringing people together across difference.

Believing in the power and the necessity of immersive experiences (physically coming together in potentially transformative ways); of thought-leadership (the power of ideas);
and capacity-building (i.e. not just us, but striving to support great people and ideas.)

Pearlstone has been one of our closest organizational partners for many years.
I’ve been going there almost since it began, watching it build and grow. Jakir and I first met nearly twenty years ago. Since then he’s been part of six of our rides; four Food Conferences; seven years ago he was at our Shmita Summit in London; he’s been a leader of the work on intentional communities; he’s been at four JOFEE Network Gatherings; and he’s been a strong board member. Along the way, anyone who has met him knows that he is a mensch. He’s kind, thoughtful, he cares about people. He gets a heck of a lot done, and he does it with a gentle touch. It’s true that he’s a guy, and/but I hope that people won’t hold that against him. The merger makes enormous sense and he is uniquely qualified to lead Hazon. There is a genuine commitment on his part, and on that of the staff and the board, to see a wide range of people step into leadership across Hazon and across the JOFEE movement. I’m confident that under his leadership the tent will continue to be open on all four sides.

And for me, although I am sad to be stepping down, I’m genuinely thrilled about this merger, and delighted that he’ll be our next CEO. I’ll be off the grid from September to December, (apart from the Israel Ride – I look forward to seeing our Israel Riders in Jerusalem in October) and then supporting Jakir and the new Hazon, part-time, from Israel, as of January ‘22.  I shall serve at the pleasure of the new CEO, and I’ve said to him and to both boards that if at any point I’m not able to be useful, I shall certainly step out entirely.

I’ll end by noting that this shabbat is also Rosh Chodesh Av. It inaugurates the Nine Days, the saddest period in the Jewish calendar. And it’s significant for three reasons.

First: the Nine Days in general, and Tisha B’Av in particular, is about facing destruction. The Jewish calendar – Jewish tradition – is fundamentally hopeful. But this is the time of year when we’re encouraged to face destruction, square on. In a month in which temperatures hit 116 degrees in Canada, the Jewish community needs to confront the potential destruction embodied by the climate crisis as strongly as we possibly can. I hope and believe the new Hazon will be well-positioned to do that.

Secondly: the destruction (according to Jewish tradition) arose because of a dispute between two guys called Kamtza and Bar Kamtza. A foolish and needless dispute. This is a time of year that comes to teach us to love each other, to support each other, to strive to do good. The opposite of sinat chinam, baseless hatred, is ahavat chinam – what we might call, “random kindness.”  This too is a wise encouragement, for all of us, and for the new organization.

And finally: we have the tradition that mashiach, the messiah, is born on the afternoon of Tisha B’Av. And six days later we have Tu B’Av, the full moon of Av, a festival of love, of being in the fields, of wearing borrowed dresses, so that no-one should be embarrassed by what they have or don’t have.  And I do indeed hope and pray that, amidst fires and Covid and so many things wrong in the world, that together Hazon and Pearlstone, and all of our staff and boards, and all of us – everyone reading this email – can together work to create a healthier, a more sustainable and a more equitable world for all. That’s the messianic goal that we aim for – and that I do truly believe is possible.

So: thank you. I’ll write again in the next few weeks, but effective August 1st, the future leadership of this organization is with Jakir, and with our staff and board. I hope you’ll join me in supporting him and them as strongly as you possibly can.

Matot-Masei: The Land is Our Mother, by Rabbi Sam Feinsmith
Devarim: Zion will be redeemed through justice: what Shmita teaches us about Tisha B’Av and the promise of Devarim, by Rabbi David Seidenberg