By Nigel Savage on September 15, 2011 in Newsletters

Grab Life by the Handlebars!

What are YOU doing next summer? Cross the United States by bike with Hazon! Experience seeing the mountains of Montana, the fields and farms of South Dakota, and the rolling hills of Pennsylvania.

Join Hazon on an unforgettable 3,600 mile journey, cycling from Seattle to DC.

“By the end of the summer, I’d lost 35 pounds, discovered God and spirituality, became an environmentalist, made great friends, and learned that I can do anything I set my mind to doing, no matter how far-fetched it may seem.”
Ilan Glazer, Cross USA Ride Participant, Summer 2000 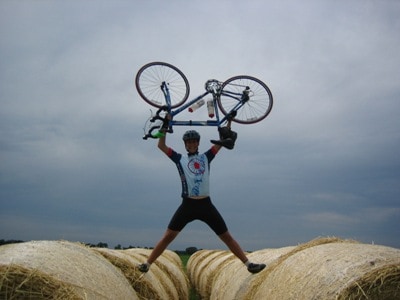 Not up for the full 10 weeks? Information about segments (portions of the ride) will be available in the fall.

Taste the Sustainable Flavors of Israel 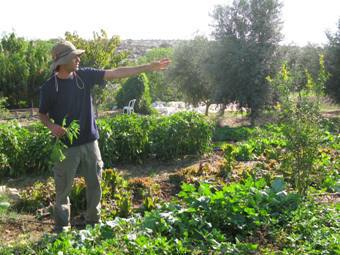 When you think of food – what comes to mind? Usually we think of tastes, smells – the sensual experiences of eating. If we dig a little deeper, we’ll get to issues of producing food (growing, raising, processing…) and preparing it – buying, cooking. If we really “unpack” the idea – we’ll think about the lack of it – hunger – and all the different social, economic, environmental, and political issues that are embedded in our food system that makes it the way it is…

Cycle from Jerusalem to Eilat

Original posted on The Jew and the Carrot

While headlines about the Farm Bill focus on the role of commodity subsidies in creating the ubiquity of processed foods in the U.S. (and increasingly in the global) food system, on the final day of the 2011 Hazon Food Conference, some of the most passionate and committed members of what some are calling the “new Jewish food movement” got a deeper look at the details of the policy landscape that shapes the way the U.S. food system functions and influences the rest of the globe…

Learn more about the Ride and register TODAY!
$199 for a limited time