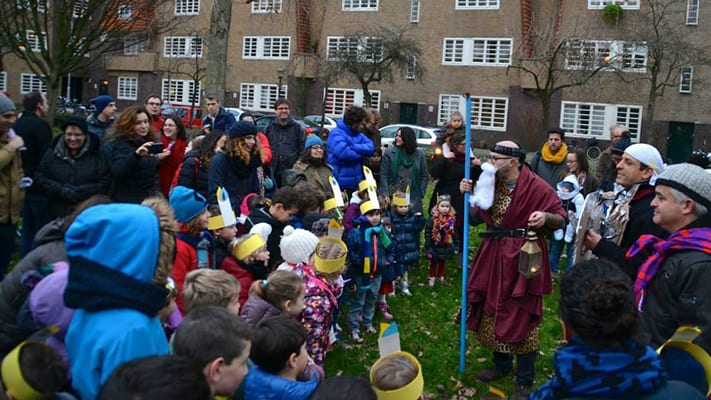 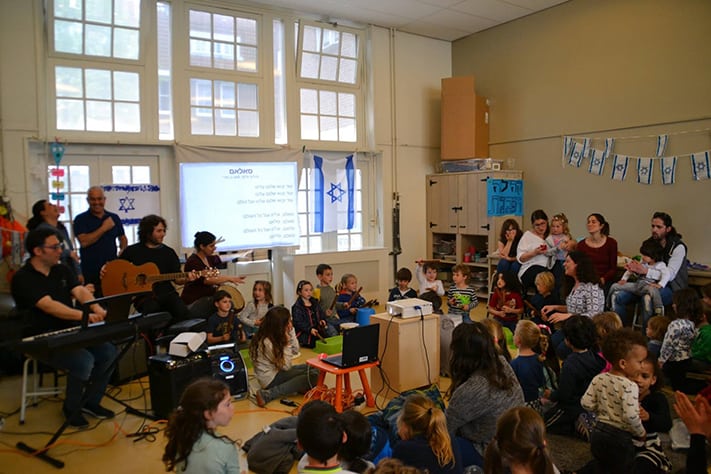 Kehila was established by Israelis living in the Netherlands who teamed up to create a joint framework for cultural, social, and educational activities in the Hebrew language. Kehila is based on its members’ active participation and involvement in the spirit of pluralism and cooperation. Indeed, in the context of intentional communities, this is very obvious to expect people to give a hand and carry out all community needs and ventures, but, still this community is revolutionary for many of the members.

Fans of community life see the power of devotion so clearly. Volunteering, co-creating is so basic. And yet, there are so many people out there who fear this level of intimacy, who rarely dare to step in a social circle. It is mainly fear which holds people back from attaching, not ideology. And there you go, a group of Israeli parents who can’t stand aloneness any more and feel the need of warmth and tribal power as part of their parenthood. They live the ultimate urban life Amsterdam has to offer, they are not used to being part of anything. For many of them, this step was confronting and scary. Once you feel how much love and warmth melt you down, your resistance goes down as well. Seven years of educational and social work has turned people’s lives upside down. After some of them have tried to connect with other Jewish frameworks and been rejected because they are ‘too secular’, they could hardly believe there is a community where they will ever feel at home. Surprising yourself has always been the best key for growth, and that is what many of the members say: Couldn’t believe I would ever feel home again after leaving Israel. Community life serves the individual, as we already know. So just imagine what it does to one who couldn’t believe such a possibility exists. Revolution at its best.