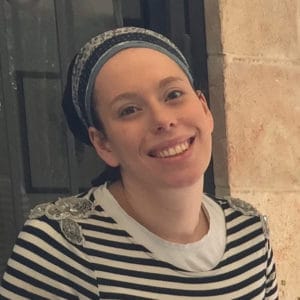 Several years ago, I was in shul on the morning of Rosh Hashanah (the Jewish New Year) and the Rabbi stood up to speak. They opened with: “What is the difference between the Jewish New Year on Rosh Hashanah, and the New Year’s Eve on the 31st of December?” This was apparently the opening to a Jewish joke, but I never caught the punchline because the question itself landed me deep in thought.

On both occasions, we reflect on the year gone by, gather with friends or family, overindulge and promise that next year will be better. In my eyes, the crucial difference is that on the 31st of December, we promise ourselves to do better, to make better decisions, to think about others, whatever it might be. On Rosh Hashanah, we promise these things to someone who will hold us accountable.

And I think that is a great thing. The days after Rosh Hashanah are Judaism’s response to the January ritual of taking out a gym membership only to never actually rock up. To buying all the gear for starting a new hobby, but never getting around to taking it out of the box. To buying a bespoke planner to get organized, but never filling it in. Rosh Hashanah, when we are all busy promising God to be better people, is so perfectly planned. We are actually in shul (for the first time that year! ;)) when we are making that commitment. And many of us will come back the next day for the second day of Rosh Hashanah, and again just a week later for Yom Kippur. And then we go home from shul for lunch, and right then and there we have the chance to welcome guests and eat a wholesome meal. We don’t have to make promises to be better people on Rosh Hashanah, because we can start doing it right then and there. There are no theoretical exercises, only a new chance to get things right.

So this year on Rosh Hashanah, I invite you to stop committing to be better, and actually start doing better. Find something which inspires you to think about when shul is just a little too long; ask around if there are any lonely or needy people in the area who would like to be invited for a Rosh Hashanah meal; and when you shop and cook, choose your ingredients based on their environmental and kosher pedigree. After all, having a good time together while committing to a greater cause is the essence of a Jewish intentional community.

Wishing you all a Shana Tova U’Metuka, a Sweet and Happy Year.