In 1980, when the first Jewish Film Festival debuted in San Francisco, no one had ever heard of a Jewish film festival, let alone imagined that it would become a staple of Jewish culture across the United States. But today every major – and many minor – Jewish communities have Jewish Film Festivals that have become a significant part of the annual life of the community.

Then, in 2004 we launched the first CSA – Community-Supported Agriculture – in Jewish life. Today there are nearly 70 CSAs in Hazon’s network, and they’re having a remarkable impact across the country. We’re proud and delighted that last month, our first inter-faith CSA kicked off in Boulder, CO (a partnership between Bonai Shalom and St Aidan’s Episcopal Church). We hope and intend there will be others. And in 2006, we launched the first multi-day Jewish Food Conference, which has grown steadily since.

Next up: Jewish Food Festivals!!

The idea is to take the content of our Food Conferences, but develop them within individual communities. The first Jewish Food Festival, to my knowledge, was Michael Leventhal’s Gefiltefest in London. (I like that I got the idea of a Jewish Food Festival from Michael; but meanwhile he feels he got the idea from Hazon’s Food Conference. Bottom line: there’s nothing so powerful as an idea whose time has come.) In Boston, Leore Mallach and Becca Weaver launched Ganei Beantown. We did a pilot Jewish Food Festival in CO in 2012, and are launching festivals this year in SF, CO and, on October 20, in Philadelphia. In 2014 we hope to launch in Palo Alto and New York.

With inspiration from the Jewish Film Festivals, and from the evolution of the Jewish Food Movement across the country, imagine Jewish life at the end of the next full shmita cycle (in September 2022). For some people, a Jewish Food Festival may be their first step into Jewish life; for some it will be the first time they will think seriously about how to eat healthily; for others it will be an opportunity to think about food justice or the ways that food systems impact our larger society and environment. For many, it will provide a take on Jewish life that engages them in an entirely different and exciting way.

The 2013 Hazon Food Festival: Rocky Mountains attracted several hundred participants, who enjoyed a full-day extravaganza with 21 diverse sessions ranging from a multi-denominational rabbis panel on kashrut to a live kosher slaughter of two chickens, a challah contest, a dynamic shuk (marketplace), a silent auction, and a local beer tasting. At the recent Jewish Food Festival at the JCC in San Francisco, we recreated the smells, tastes, and sounds of Jerusalem’s bustling Mahane Yehuda with over 20 vendors selling fresh fruit, cheese, nuts, spices, smoothies, chocolate, rugelach, knishes, wine, Judaica, and more.

And in the Philadelphia area, a remarkable group of volunteers have launched eight CSAs that together have put more than $200,000 of Jewish purchasing power behind local famers and have donated nearly 3,500 pounds of food to local emergency food providers. These are some of the people who are launching our Philadelphia Jewish Food Festival. Registration for the Philly Food festival opens this week – sign up and join us on October 20th! And if you’re interested in launching a Jewish Food Festival in your community, please be in touch.

This Shabbat is of course Shabbat Hazon. The vision of Shabbat Hazon is a bleak vision: dystopian rather than utopian. But part of the gift of Jewish tradition, I believe, is that in this period of the year we recall our losses, and face also the destructions we may ourselves be creating for future generations. Yet there’s a tradition that mashiach (the messiah) will be born on the afternoon of Tisha B’Av. And six days later we have Tu B’Av – a festival of love. So as we move towards Shabbat Hazon and Tisha B’Av, I hope that we don’t hide from what is hard – but that we strive to launch festivals of love and celebration which bear the seeds of future renewal. 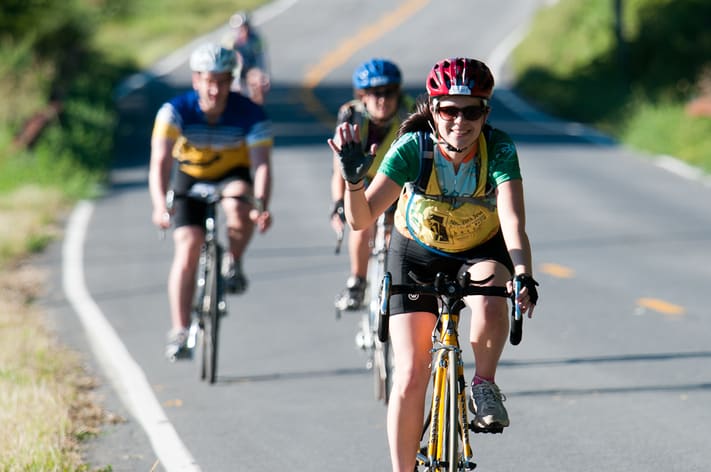 The 2013 New York Ride is coming up Labor Day weekend, August 30 – September 2. Our Sunday routes explore the Connecticut Berkshires and the Hudson
Valley. We are offering four routes – 36, 53, 77, and 100 miles – and
each route will be fully supported and have its own highlights. Enjoy gorgeous riding along the
Housatonic River, and through the rolling hills of the Berkshires. The first rest stop will be at Beth David Synagogue in
Amenia NY, which dates to the 1920s. All routes will cross the West Cornwall covered bridge, built 1841, and the longer two routes will also cross the covered Bulls Bridge, built 1842. Our final rest stop will be at the National Audubon Society nature center in Sharon, CT.

On Monday, all riders will start with a bus ride to one of two starting points – either Patterson (63 miles) or Yorktown Heights (40 miles). Most of the day’s route will be along the Putnam Trail which follows the route of the “Old Put” an important historic rail line that fostered the development of Westchester County and the Bronx. We’ll end the day and the Ride with a joyous closing celebration at the JCC in Manhattan. 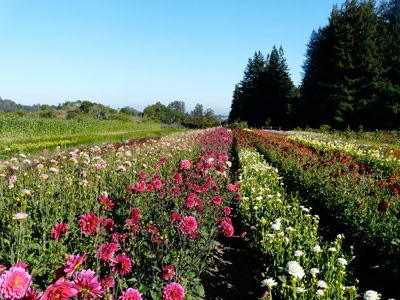 Making a donation in memory of a loved one or to commemorate weddings, anniversaries, bar and bat mitzvahs, or birthdays, is a beautiful way to honor those close to you and help Hazon at the same time. We will send a letter acknowledging your thoughtfulness to your designated honoree as well as a tax receipt to you. When making your donations, please be sure to enter the contact information of your honoree and any special text you would like to be sent. 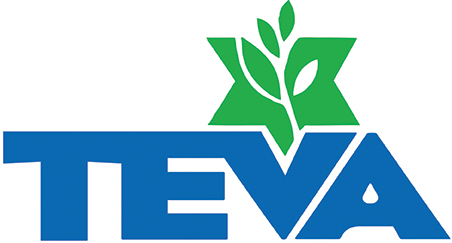 This week with Teva, campers continued the exciting work of designing and planting in our gardens and using trail games, stories, and outdoor exploration to build greater awareness of and appreciation for animals and our natural environment.

Teva is NOW HIRING for the Fall 2013 Season!
Interested in Judaism, nature, and the environment? Love working with kids? Consider joining the Teva Learning Alliance! Visit the Teva website for job descriptions and application information

Manhattan Jewish Experience and Hazon are teaming up for an amazing Friday night experience. Farm to Table food, warm and inviting setting, fantastic mix of YJPs from both organizations plus guest speaker and Hazon founder, Nigel Savage, promise to make this an incredible summer experience!

Ways to Get Involved with Ekar Farm in Colorado

The 4th annual Tour De Farm has arrived! A 16 mile bike ride from Ekar Farm to Delaney Farm and back along the High Line Canal Bike Path. A fun family ride “through the breadbasket of Denver!!” Learn More

Become a Harvest Sponsor7at Ekar Farm. For $180 you can cover the cost for 1 family to receive a whole season’s worth of organic vegetables grown at Ekar. In addition, Harvest Sponsors are invited to join us twice a week in harvesting and take home vegetables for their own enjoyment. Learn More

Wilderness Torah is Hiring in California!

Wilderness Torah (WT), an innovative Jewish nonprofit in the SF Bay Area, seeks a Managing Director (MD), a new full-time staff position, to begin September 9, 2013. The MD will serve as WT’s lead staff member responsible for finance, operations, human resources, and fundraising, and will will work closely with the Director of Education and Community Development to set the vision for Wilderness Torah and guide the organization on a day-to-day basis. These two roles will be highly interactive and complementary, so the ideal candidate enjoys working both independently and collaboratively. Apply by July 15. Learn More