By Nigel Savage on August 8, 2013 in Newsletters

The shofar is blowing; a new year is on its way.

And although we know the Jewish world hardly needs another acronym, it does need some form of shorthand to encapsulate a movement that has been quietly transforming individuals and communities across the spectrum of Jewish life.  I’m talking about the world that has bubbled up, to some extent under the radar of organized Jewish life, these last dozen years. It encompasses a growing range of programs spreading steadily across the country. Each year the number of organizations has increased, the number of practitioners has increased, and the number of people being touched by this new field has increased.

This is the field that includes organizations like Adventure Rabbi, Amir, Eden Village, The Gan Project, Ganei Beantown, Jewish Farm School, the Jewish Food Justice Fellowship, Pearlstone, Ramah Outdoor Adventures, Shoresh, Wilderness Torah, Yiddish Farm – not to mention pretty much everything that Hazon does, including our CSAs, Food Conferences, Food Festivals, Adamah, Teva, Israel Sustainable Food Tour and Bike Rides. As you think about these organizations and programs, my question is: how might you describe them, as a field, briefly?!

That was the question to which the answer that’s starting to be used is: JOFEE.

Backed by five major funders, we’re about midway through a significant piece of research – using two external research houses – to try to encapsulate this field; what it is, what it does, in what ways it is impactful. We plan to publish the results sometime in the first quarter of 2014.

Thank you very much to those of you who filled out the survey – more than 800 people, which was close on three times as many as the researchers had expected, and a number that they felt was, in and of itself, significant as a measure of the growth of the field and the commitment to it that so many people feel.

The research is important. This is a complex moment for the American Jewish community, and for this country more generally. Many of us who work in this space feel that we see, on a daily and first-hand basis, how impactful it is; but it is vital to find ways to demonstrate that impact, if over time we are to devote more resources in this area.

Meanwhile: feel free to start to use the term, as shorthand, if and when you find it useful. I would add that naming something is a not insignificant act of catalyzation. A few years ago we said, “this thing that we see happening all over the place – the CSAs, the Jewish foodies, the activists, the entrepreneurs, the writers – we need to give it a name.” And the name we came up with – obvious in retrospect – was “the Jewish Food Movement.” At the time we googled it, in quotes, and nothing came up. I googled it just now; more than 100,000 hits in under 30 seconds. The Jewish Food Movement was growing even without a name to describe it, but giving it a name helped give people a sense of the whole, and of being part of the whole.

So we hope this will be true, in a slightly different way, with JOFEE. By giving our field a name, we hope that the term JOFEE will allow us to collect the various experiences, programs, and organizations that make up individual experiences, and leverage them collectively to the mainstream community that is still in many ways unfamiliar with them.

And just as Jewish schools and synagogues launch programs in “early-childhood education” and “Israel education” (two categories that didn’t exist, certainly in their current form, 20 years ago) so too we hope that, in the next decade, we’ll see a steady growth of JOFEE progams on the agenda of JCCs, foundations, day schools, camps and synagogues.

What will a Jewish community that values JOFEE look like? Truthfully we don’t fully know, but some of the elements are coming into focus: Integrated food policies in Jewish institutions. Jewish Food Festivals spreading to every Jewish community in the country. Teva programs integrated into every Jewish day-school. Jewish urban farming and food justice programs spreading steadily to new communities. Summer bus tours for teens to sustainable farms; gardens at a majority of synagogues and JCCs in the country; Jewish institutions using the Shmita year as an opportunity for reflection and release; orchards planted on Jewish communal properties, with intergenerational programming on everything from pruning techniques to orlah; a flourishing of local, sustainable food businesses; sukkot harvest festivals; prayer hikes. And so on.

So if you’re a practitioner – a Jewish food activist, a Jewish environmental educator, a Jewish outdoor leader – feel free to consider yourself within the overall JOFEE field. And if you’re involved in leading a Jewish institution, think about how you’re currently using JOFEE programs at the moment – what is working, what is not – and how you might use a greater range of JOFEE programs in the future.

And, certainly, be in touch. On our side, the research project is being led by Judith Belasco (judith.belasco@hazon.org) and Anna Hanau (anna.hanau@hazon.org). If you have thoughts, ideas or questions, be in touch.

PS: A number of you sent nice notes about the piece I wrote last week. I had intended to include a link to a nice piece I had written ten years previously about my Grandma. For those who are interested, here it is.

PPS – NY Ride!!!!
The option to come for Shabbat is still available.

Support Hazon – Why I Donate

“My parents and children in their 90’s and 20’s, and my wife and I in our 60’s, have all been to Isabella Freedman many times, from retreats to holy day observances. The programs and staff are superb, the food is delicious, the site is exquisite, and guests become new friends. But what we appreciate most is its dedication to “all-streams” Judaism. People from across the Jewish spectrum are nourished with joy and respect. Isabella Freedman’s work is truly sustaining and enhancing our Jewish present and future. It is a privilege to teach there, so in addition to the monetary donations we happily give, I have never accepted money for teaching at Isabella Freedman.” 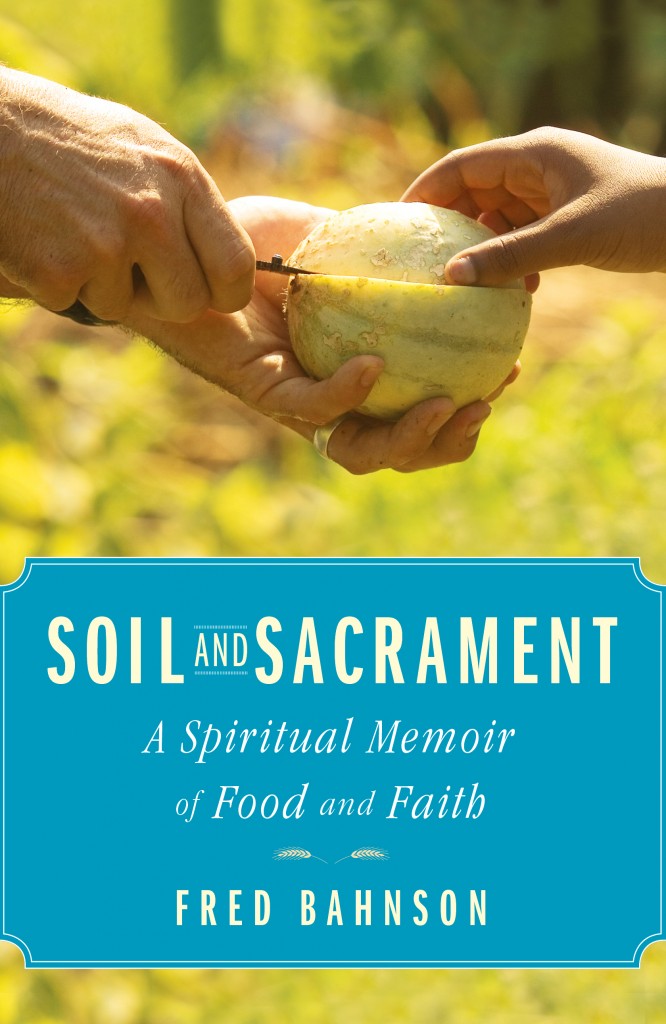 We’re thrilled that Fred Bahnson’s Soil & Sacrament has just been published this week. Fred is a liberal Christian food activist, writer and academic, who spent two years traveling around the US to learn about the intersection of food and faith. It’s a superb book and one which we hope that many of you will enjoy. Click here to buy a copy. And click here for Fred’s website, and to invite him to come speak in your community. In the last year he’s been at the Hazon Food Conference and our Israel Sustainable Food Tour; he is a wonderful speaker and you’ll love having him!

This week at Freedman 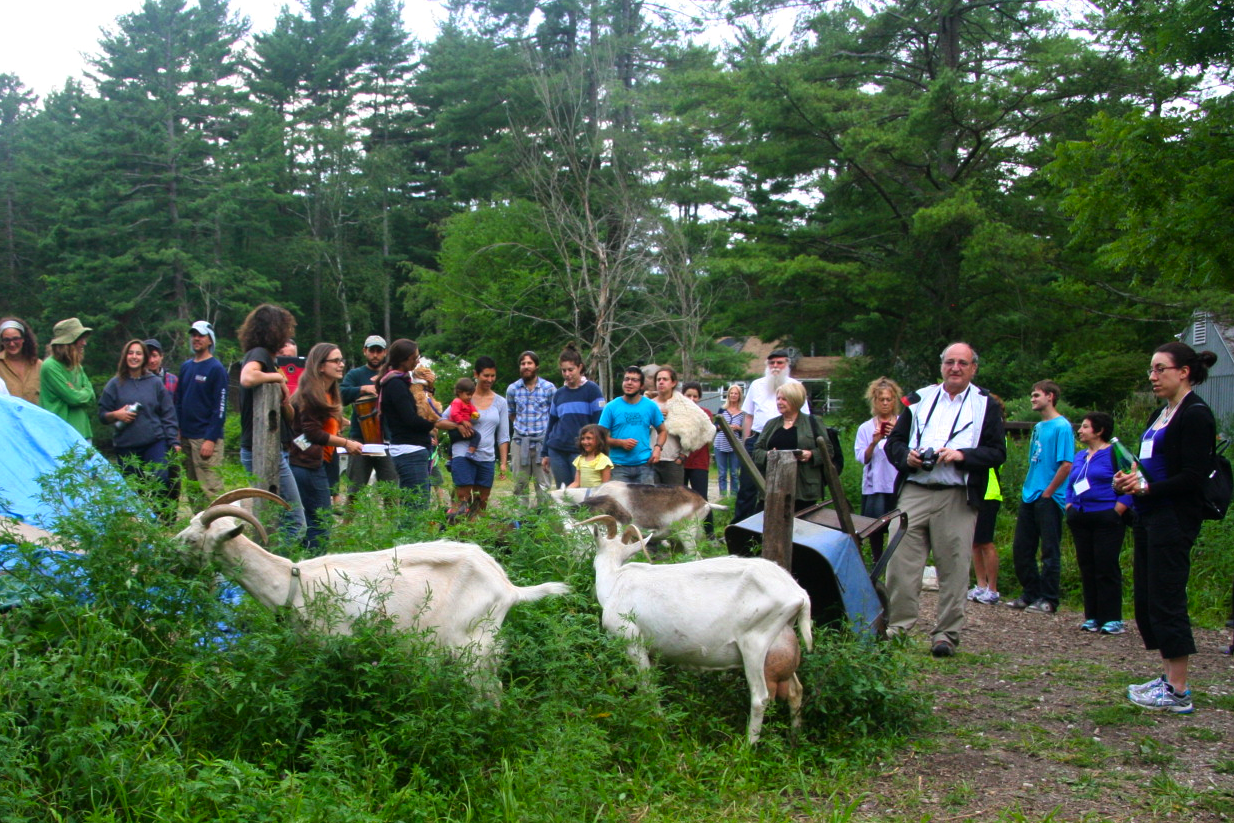 Do you love animals? Did you know that Judaism has a New Years festival for the Animals? First recorded in the Mishnah (in Seder Moed Rosh Hashanah 1:1), it occurs every year exactly one month before Rosh Hashanah. This is the fourth year that the Adamah Fellows at Isabella Freedman have celebrated the day. The fellows were joined by many retreat guestes for the ceremony which included shofar blowing and a blessing for the diversity of all beings. 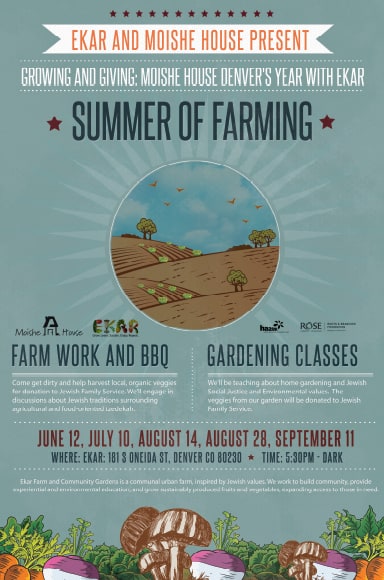 Wanna get dirty? Come harvest organic veggies for donation to the Jewish Family Service Food Pantry. Then stick around for beer and a BBQ!

The Boulder JCC Flatiron Tribe (young Jewish professionals) and Hazon are teaming up for two great events this month:

Tomatoes, Mozzarella and Basil, Oh My!

Join us at Oliverde for an EXCLUSIVE tasting of local tomatoes, mozzarella, and basil with a variety of olive oils. Once you’ve tried it all, create your own perfect caprese salad! Then, we’ll head over to Shine for a drink and to support a local, Jewish-owned establishment! August 20th is the full moon, and we’ll meet at the Marshall Mesa Trailhead for an easy, multi-sensory, moon-lit hike, and then head over to local brewery Southern Sun for a late night happy hour drink.

Join the Interfaith Sustainable Food Collaborative and members of your local faith community for a farm tour and lunchtime discussion about community gardens and how you can steward creation, support local agriculture and fight hunger–all while strengthening your faith community. RSVP by emailing info@interfaithfood.org before August 8th and receive a free package of Baker Creek Heirloom seeds.