By Hazon on February 24, 2020 in Animals, Holidays, Passover, Spirituality 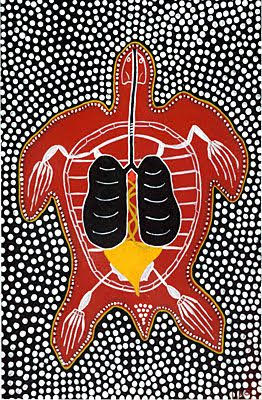 Pesach is coming, I know because my goat Cinnamon is pregnant and in a few months she will be kidding. In Ancient Israel every family prepared for Pesach by selecting a male kid or lamb, tying it to the bedpost, and taking care of it for four days.  The head of household would then slaughter and roast the whole animal over a fire and they ate the meat with matzah and bitter greens. I am standing out in the back petting the momma goat and she is especially snugly today because she is preparing to mother several kids. I never intended to be a goat breeder or meat supplier but it’s the only way to get milk for yogurt, cheese, and soap.

We have a small backyard homestead so we don’t have the room, nor the budget to raise all the offspring, especially virile billie goats. Female goats are easier to sell because people want the milk and can breed them offsite with a neighbor’s buck. In dairy operations, almost all of the  males are sold for meat. When our ancestors left Egypt they had to change their diets. The Nile river delta was rich in grains, vegetables, fruits, and legumes. They began their journey into the wilderness by eating like Abraham and Sarah. Their first taste of freedom was a fire roasted lamb/kid wrapped in flatbread with wild bitter greens.

In Hebrew we call animals Baalei Chayim, which means Masters/Bearers of Life. This whole animal husbandry project of mine has felt like an experiment to see I will become vegetarian, because the hardest part about raising livestock is the deadstock. Sometimes a chicken dies from a predator or a disease. One of our goats was sold to a Dominican family for meat. Still, I was never involved directly in their death. There was one more male we needed to sell. We made the mistake of naming him and our kids got attached to him. Ephraim was getting big and about to start humping everything in sight. A non-Jewish hunter friend wanted the meat, and said he would be able to slaughter it on my property. This was really difficult for me but I felt the need to be present for it.

I dragged the goat out into the woods and held him down. All the while he kept looking at me and yelling. It felt like he was saying, “After feeding and caring for me, how can you betray me like this?!” My friend used a very sharp knife to do a “kosher” style slaughter. A great fear and awe rose up in me from the deepest most ancient place inside. Seeing the blood on the snow and steam rising, it felt like the nefesh/soul was returning to its source. I wanted to respect the holy life of the animal by using as much of it as I could. I scraped and stretched the hide to make parchment for mezuzot and a frame drum. I cleaned out the skull so I could teach people how a shofar grows and how they chew their cud. I preserved one of the legs to teach about split hooves.

While skinning and butchering the animal my stomach was turning and turning. But once I was able to slow my breathing down, I began to feel the sacredness of life as I witnessed the sparks releasing from the animals body. Earth, water, air, and fire (energy) miraculously came together to grow this incredibly complex living being from a single cell.  I felt my heart pumping hard and I began imagining my own inner structure of bone, muscle, organ, and blood. It reminded me of Aboriginal x-ray paintings, where the bones, muscles, and organs are superimposed on the image like an anatomy chart. They do this to show the full expression of the animal’s inner life force and soul. Jewish mysticism teaches that animal souls emanate from the Chayot Hakodesh (holy living ones), the four animal-faced angels in Ezekiel’s vision of the Divine Chariot.

To our ancestors, raising and eating animals was an essential part of their identity and spirituality. The Korban Pesach was a reminder that we survived the plagues of Egypt, and that we are still alive.  When each family selected, cared for, and then slaughtered their own baby animal, they were enacting their own rebirth as a nation of shepherds. Since the meat industry has become industrialized humans are eating way too much meat. Industrial agriculture destroys the sacred nature of raising animals, and it destroys the living systems that support us. I am very excited to hear from experts in the field at the upcoming March 25th Hazon webinar on Meat Consumption.  As we prepare for Pesach this year may we all come to learn from our ancestors whose rituals helped them honor and respect the sacredness of life.

Rabbi Aaron Philmus is the Rabbinic Advisory Board Co-Chair.

Jewish Tradition / Western Values
Engage With the Powerful Energy of Adar: Your Chance for Joy