Welcome in the new year at Isabella Freedman

To register for our Sukkot retreat, visit the Sukkahfest event page. 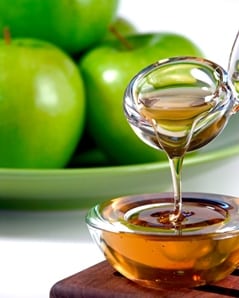 We are able to welcome guests to Isabella Freedman in a thoughtful, socially-distancing manner. Our team of prayer leaders and educators headline our various classes, and we will have Orthodox and Traditional Egalitarian prayer options. Other highlights include:

Due to COVID-19 precautions, we will be operating at a slightly reduced capacity, with dining, davening spaces, and most programming occurring outdoors. Details below. 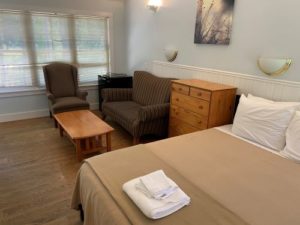 For families, children 12 years and younger who register at the reduced price will be housed in the same room as their parents. If you would like your children to have a separate room, they must be registered as adults. Please indicate the child’s age on their registration.

We strive to make our retreats affordable to everyone.

We will be offering two prayer options: an Orthodox Minyan, with a mehitza (separate seating for men and women) and a Traditional Egalitarian Minyan. Both will take place outdoors, under tents in case of rain.

We will serve three meals each full day of your stay. Only dinner will be provided on your arrival day and breakfast on your departure day. Our kitchen and dining room are glatt kosher under supervision of the Hartford Kashrut Commission. Please indicate any special dietary needs when you register. We can provide vegetarian, vegan, gluten free, or dairy free options and we will do our best to accommodate all your food allergies or other dietary needs. Each Basic and Standard room is equipped with a mini-fridge. We ask though that guests limit the amount of food eaten in your rooms and to be mindful of trash, given the area wildlife in our remote location. 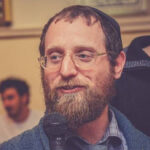 Rabbi Yehuda Witt is an inclusive, committed, Israeli orthodox rabbi and passionate educator dedicated to supporting and inspiring Jews of all ages and backgrounds through learner-centered and community-focused programming. Yehuda is a Montessori trained Educator and received rabbinic ordination (semicha) from Rabbi Riskin at The Straus Rabbinical Seminary in Israel, in addition to receiving an additional certificate in Diaspora Leadership. Yehuda is currently a Head Teacher and Rebbi at the Joseph Kushner Hebrew Academy and a Rabbi in residence at Congregation Beth Israel in Schenectady, NY. Yehuda served as the Orthodox Rabbi at Boston University Hillel, the Co-director of the JLIC program at Boston University, and was on the faculty of the Yeshivat Simchat Shlomo semicha program. Yehuda has taught extensively throughout Israel and the US. Yehuda is passionate about sharing Judaism, both the traditional canon as well the richness of its cultural traditions. 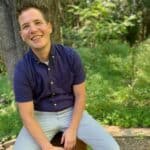 Simcha Halpert-Hanson (they/them) is a teacher, song facilitator, farmer, drummer, ritual leader and fourth-year rabbinical student at Hebrew College in Newton, MA. Simcha has led tefillah (prayer) workshops, klaf (animal-based holy parchment) production workshops, text study sessions and facilitated rhythmic and songful prayer experiences in many communities across the Northeast. They founded Avodas Lev Western Mass and co-founded the projects Nishmat Shoom and TransHallel. They currently facilitate Queer Jewish Farmers and Avodas Lev, both monthly online gathering spaces supported by the Jewish Farmer Network and they are also the rabbinic intern at the University of Rhode Island Hillel. Additionally, they have been working both large and small-scale organic vegetable farming for the last five growing seasons. 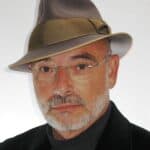 Rabbi Levi D. Lauer is the Founding Executive Director of Israel NGO ATZUM (Avodot TZdaka U’Mishpat) – Justice Works. His professional background includes Hillel Director at the University of Missouri; Executive Director of the Pardes Institute of Jewish Studies; Dean of the Brandeis-Bardin Camp Institute; and Director of Rabbinic Enrichment at the Shalom
Hartman Institute. Rabbi Lauer is a pioneer educator and social activist. He founded ATZUM-Justice Works in 2002 to address social injustice and bring assistance to Israelis, asylum seekers and victims of sex-trafficking disadvantaged by inadequate access to public and private protection. Under his leadership, ATZUM developed The Roberta Project for Survivors of Terror; the Righteous among the Nations Project to assist rescuers of Jewish lives during Shoah who live in Israel; Project Abrah documenting testimonies of Ethiopian “Prisoners of Zion”; Beit Midrash TAKUM marrying Jewish learning with activist engagement; the Project for Refugees and Asylum Seekers supporting single-mother, asylum seeker families in Israel; and The Task Force on Human Trafficking and Prostitution (TFHT) which secured Knesset passage of Nordic Law legislation. Rabbi Lauer is a native of Cleveland, Ohio living in Israel since 1976. He served 11 years in a reserve, combat, artillery unit of the IDF. 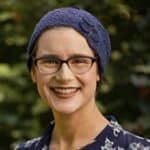 Rabbi Aviva Richman is a Rosh Yeshiva at Hadar Institute in Manhattan, and has been on the faculty there since 2010. A graduate of Oberlin College, she studied at Pardes and Drisha, and received rabbinic ordination from Rabbi Danny Landes in Jerusalem. She also received a doctorate in Talmud at New York University. Interests include Talmud, Hasidut, Midrash and gender, and also a healthy dose of niggunim. She has enjoyed participating in the spirited services at Isabella Freedman, on Sukkot and Rosh HaShanah, for over a decade. 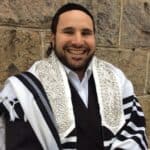 Rabbi Josh Alpert a.k.a. “Mr. Shabbos” is a NY based Rabbi, educator, and perfomer. Using a blend of world music styles, humor, and his love of Torah, R’ Josh has been inspiring audiences worldwide. Being passionate about both Judaism and music from a young age, R’ Josh sought to blend the two as a way to bring himself and others closer to Hashem. He received Semicha in 2009 from Yeshiva Zichron Akiva and teaches Torah and Jewish music in many of  the Long Island/ NYC Yeshiva Day Schools. You can check out his music and Torah thoughts on all digital music services by searching  “Mr. Shabbos”. R’ Josh lives in Bayswater, NY with his wife Pircha and their new baby boy Kaiyam. They all wish you a Kativ V’Chatima Tova and “Health, Happiness, and a Rockin’ good time!” 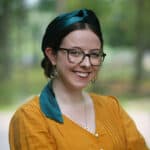 Shira Botzum is entering her third year of rabbinical school in Hadar’s Semikha Program. She holds a BA from Columbia University in Political Science and a BA/MA from JTS in Talmud. Shira lives in Manhattan with her spouse, Jonathan, and their dog, Noodles. Her interests include learning and teaching Torah, cooking, and hiking. She is excited to be returning to Isabella Freedman for Rosh Hashanah this year. 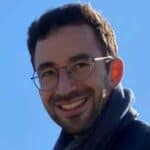 Pinny Huberman led lively and musical minyanim in Toronto for several years before moving to Connecticut in 2020. With a passion for nusach and nigunim, he seeks to bring a traditional Hasidic tone into diverse davening spaces. Pinny is currently a doctoral student at Yale Law School, writing his dissertation in constitutional theory.

While many of our activities are family friendly, there will also be some dedicated programs for kids. These will make use of our farm and the natural environment of the retreat center.

We will serve three meals each full day of your stay. Only dinner will be provided on your arrival day and breakfast on your departure day. Our kitchen and dining room are glatt kosher under supervision of the Hartford Kashrut Commission. Please indicate any special dietary needs when you register. We can provide vegetarian, vegan, gluten free, or dairy free options and we will do our best to accommodate all your food allergies or other dietary needs. Each guest room / suite is equipped with a mini-fridge. We ask though that guests limit the amount of food eaten in your rooms and to be mindful of trash, given the area wildlife in our remote location. 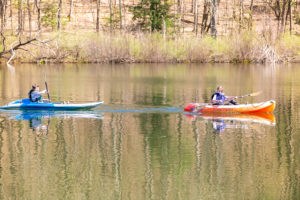 Arrival:At check-in we will ask everyone to present (2) TWO proofs of negative COVID-19 rapid antigen tests regardless of vaccination status. One taken 48 hours before arrival, and another test taken at home before leaving for arrival day.

We will also be asking all guests to sign a waiver and questionnaire regarding our COVID-19 practices and your potential exposure or recent symptoms. We ask that everyone acknowledge a set of guidelines, including keeping a 6′ distance between guests not in your group and being masked indoors, other than when actively eating in our dining spaces.

A health screening list of questions will be provided for guests to read and verbally respond that they pass during check in.

Health Screening: Using the honor system, all Sukkot attendees will also take the health screening each subsequent morning. Should anyone not pass the health screening they will remain in their lodging room and alert IF for next steps. Attendance at whatever is one’s first session of the day is an acknowledgement that they have taken and passed the daily health test.

COVID-19 travel guidance recommendations: We strongly recommend that those using public transportation, car services, or air travel wear a mask at all times during travel.

Are you excited? We are! Do you have friends that will be excited? Let them know about this opportunity! Do you have questions? Email the Registrar at registrar@hazon.org for more information.

Is my room safe and clean?

Do you have a medical personal on staff?

If you think you have been exposed to COVID‑19 and develop a fever and symptoms, such as cough or difficulty breathing, call your primary care provider for medical advice, and please let our lead staff know.

We’ve learned that nothing is certain right now. We also know that even though current guidelines allow us to open for this style of retreat, those guidelines may change or there may be other reasons that preclude us from being able to run. See our Cancellation Policy below for more details.

Do you provide transportation / pick up / drop off service?

You are responsible for making your own travel arrangements. Our local taxi service is Watson Livery, 845-464-8178, which can pick up from the Wassaic Train Station. More information.

Given the short nature of the program, we do not provide housekeeping. If something small is needed, upon request we can arrange a time that works so that there is a gap between staff in your room.

How do I communicate with your staff?

We will provide a phone number upon arrival which you can use to contact our staff on duty. In the event of a medical emergency, please call 911 from your cell phone, OR 9-911 from any landline phone on campus. After calling 911, please contact a retreat manager as well.

What if I get sick? Do not feel well?

If you or any member of your family / group gets sick, you have to return to your home immediately. We cannot allow guests to be quarantined on our site. Being near your primary care doctor is best.

You are able to cancel your reservation until September 11 without penalty. If you cancel within 14 days of Rosh HaShanah the fee is non-refundable. If you have to leave early or arrive late, there are no refunds.