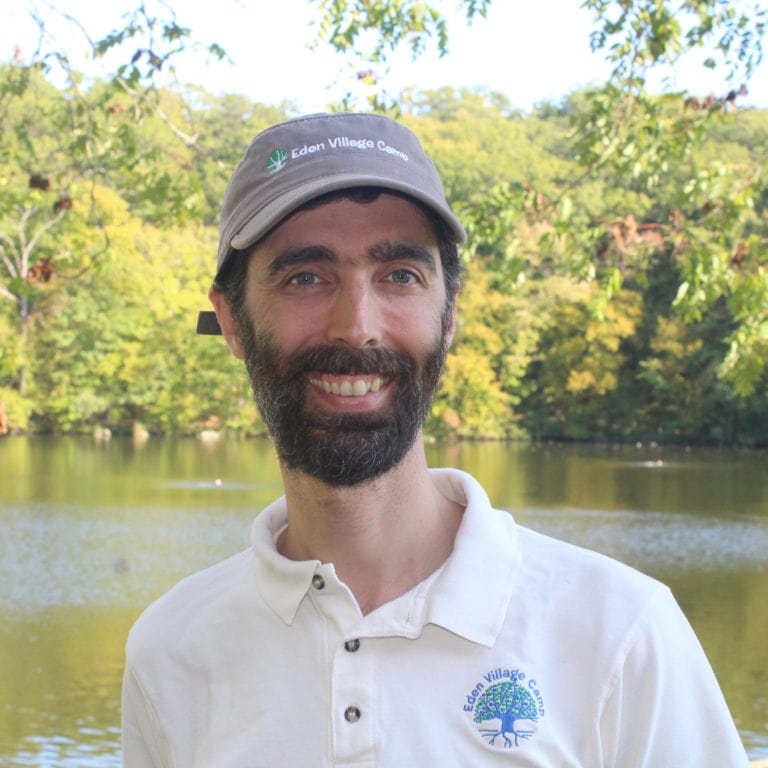 From 2008-2021, Yoni Stadlin served as founding director of Eden Village Camp, the Jewish environmental sleepaway camp with locations in New York and California as a place where Jewish education is synonymous with fostering each child’s self-confidence, empathy and social responsibility. Yoni’s recognitions include the Covenant Foundation’s Pomegranate Prize and Jewish Week’s “36 under 36”, and he holds a BS in Psychology from the University of Pittsburgh and an MA in Informal Jewish Education from the Jewish Theological Seminary. Prior to founding Eden Village, Yoni traveled extensively as an environmental educator and activist. He worked for many Jewish organizations including American Jewish World Service, Birthright Israel, Teva, the 92nd Street Y, and six Jewish summer camps. As a formative experience of environmental activism, in his mid-20s, Yoni spent several months living aloft in ancient redwood trees that were slated to be cut. Yoni lives in Philadelphia with his wife and two children. He acknowledges the extensive privilege he has been given and aims to leverage it toward meaningful change.