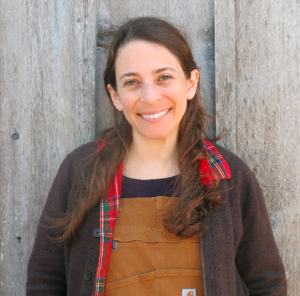 Risa’s journey to Hazon began in 2005, when she joined Teva as an environmental educator. In 2008, she grew veggies, milked goats, and dabbled in the art of fermentation as an Adamah fellow. In 2009, Risa returned home and served for 13 years as the founding Executive Director of Shoresh, a Toronto-based non-profit committed to leading, inspiring, and empowering community members to be Shomrei Adamah, protectors of the earth, through nature-based Jewish education and environmental action. Risa holds a B.A. Honours from Queen’s University in Religious Studies, a M.A. from the University of Toronto in Contemporary Jewish Environmental Ethics, and is a certified Ontario Master Naturalist by Lakehead University. She currently lives in Toronto with her partner and two children and is happiest when frolicking in fields and forests.

Sarah is the Operations Manager at Hazon.
View all posts by Sarah Wolk →