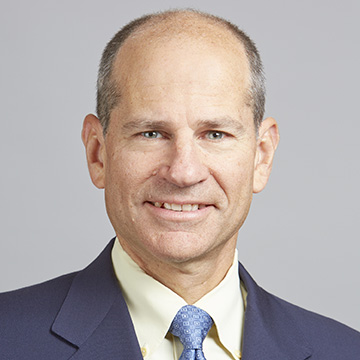 Brett currently resides on the Upper West Side (NYC) with his wife Heidi. He retired from PricewaterhouseCoopers (PwC) in 2021, where he spent the majority of his career as a National office partner in the Accounting Services Group. While in National, Brett led the income tax team and served as a liaison to the pharmaceutical and life sciences practice.

An avid cyclist and environmentalist, Brett’s first encounter with Hazon was back in 2007 when he and his entire family (wife, children and parents) participated in their first of many Hazon NY Bike Rides. He has also participated in the Israel Ride and is an 18-year veteran of the Pan Mass Challenge, the preeminent annual bike-a-thon that raises record-breaking sums for research and care at Dana-Farber Cancer Institute in Boston.

Brett currently serves on the Boards of both Hazon and the Friends of the Arava Institute.

Besides cycling, Brett is an electric vehicle enthusiast, having participated in a pilot program with BMW back in 2012. He has owned and driven EVs exclusively since that time and encouraged countless friends and family members to join the EV revolution.

Brett has been a trustee and finance committee member at Congregation B’nai Israel in Millburn, NJ and is also active in AIPAC, Jewish Federation of Metrowest, ADL, and JNF. He also served as treasurer and executive committee board member of the Racquets Club of Short Hills.

Graduating with a bachelor’s degree in accountancy from the State University of New York at Albany in 1982, Brett is a CPA in both NY and NJ.

« Back to All Staff