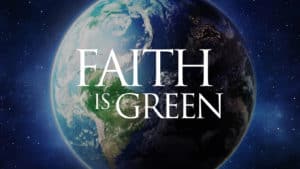 Hazon partnered with EarthX to produce episodes on Jewish environmentalism for the Faith is Green series on EarthxTV. This brand new original series details how we can all strive to create a more environmentally sustainable world through observance of Jewish values such as respect, fairness, responsibility, and community.

Episodes were available for free on EarthxTV for a year. The shows are currently unavailable due to international media agreements. Please check back in the future; we will reactivate the links as soon as the shows are available again.

Episode 1: Jews and the Land

How Jews are connecting and reconnecting to the land through farming, nature education, ritual, and more.

Episode 2: The Jewish Calendar, Planet Earth and the Climate Crisis

A reflection on the ways that Jewish holidays and cycles of time are informing the Jewish environmental movement.

Explore how the centuries-old tradition of “keeping kosher” is playing out in fascinating and sustainable new ways in the 21st century.

Episode 5: Israel and the Environment

A look at leading, cutting edge sustainability efforts in Israel from clean tech, to academic, to non-profit, and more, and how the environmental movement contributes to peace-building.

Learn from Jewish youth (under 30) and the environmental programs and activities they’re involved in as participants and/or leaders.