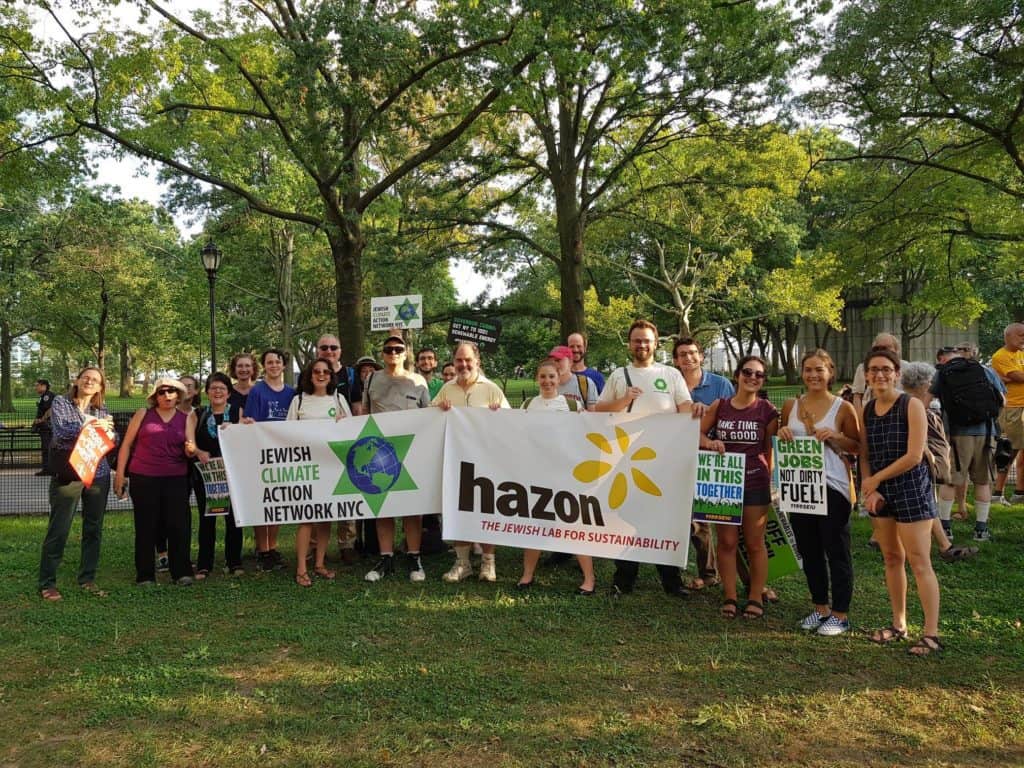 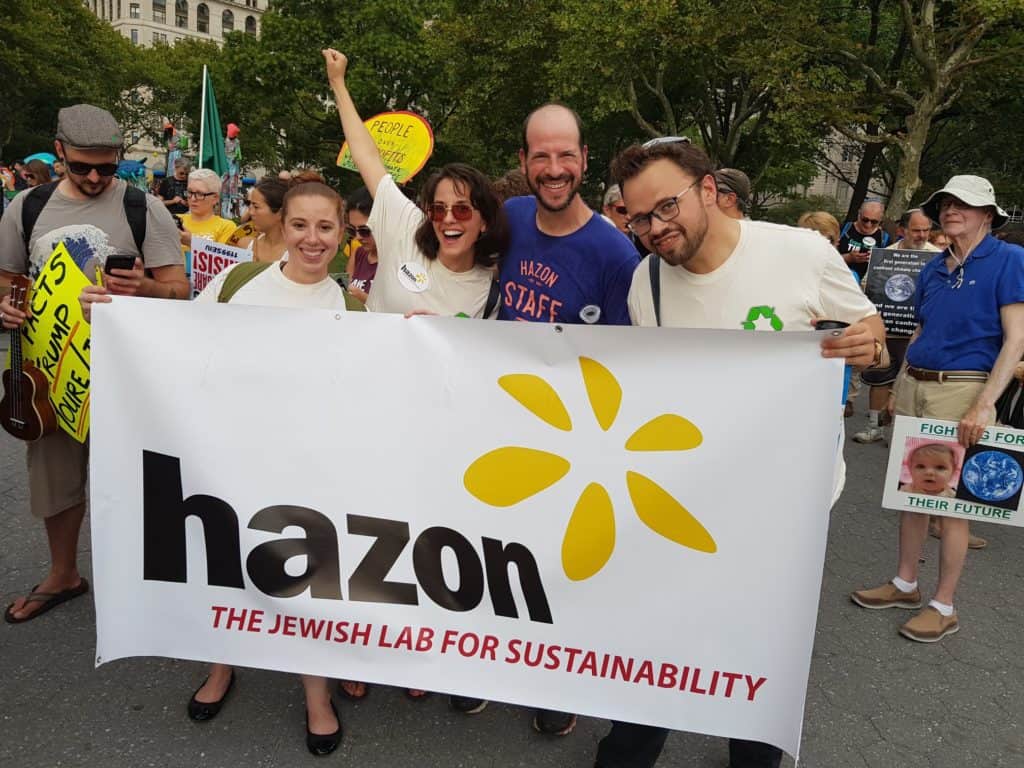 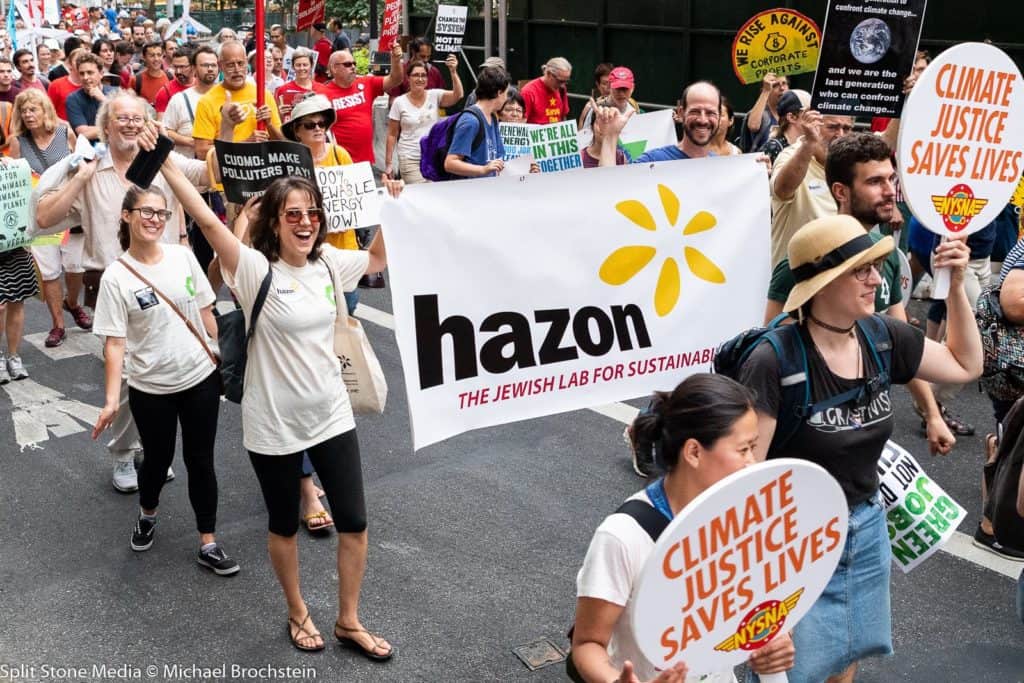 Thank you to everyone who joined us at Rise for Climate NYC! We sounded the shofar as we marched through the streets to demand that our elected officials walk the talk on confronting climate change. We take note that NYC was most certainly not alone: With over 850 events around the world and 250 countrywide – hundreds of thousands rose for climate, jobs, & justice.

View our photo album from the event.

Take a look at this interactive map to see the Rise for Climate events throughout the US.

Days before the Global Climate Action Summit convenes in San Francisco, people across the country and around the world will take to the streets demanding that our elected officials commit to the most far-reaching and effective policies possible.

On September 6th at 5:30 pm starting in Battery Park, Hazon will join other faith-based groups as part of a huge climate march.* What a way to start the High Holy Days! Rosh Hashanah is our celebration of the birth of the earth.

We will call on Mayor de Blasio and Governor Cuomo to take concrete steps to enact the following: 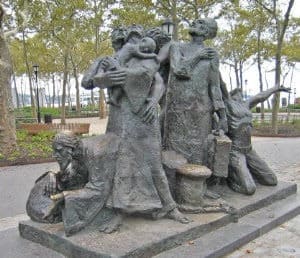 Join Hazon at a mass rally in Battery Park and a march up Broadway. We will be marching with the Faith Contingent gathering in Battery Park by The Immigrants statue (see photo), near the Bowling Green subway station. Look out for our Hazon banner.

Help us let the world know that NYC is in the lead in the fight for Climate, Jobs, and Justice. Let’s do it together!

Register here for this event

*Take a look at this interactive map to see Rise for Climate events in other locations, most of which are taking place on September 8.