After the Plague resumes on Sunday, June 7th at the Isabella Freedman Virtual Retreat! Join us for a special session of After the Plague with this week’s guest: Rabba Yaffa Epstein.

Register for the Zoom link. 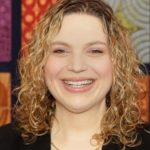 Yaffa Epstein is the director of the Wexner Heritage Program at the Wexner Foundation. She received Orthodox ordination from Yeshivat Maharat and has a law degree from Bar-Ilan University. Yaffa was the Director of Education N.A. for Pardes, and a member of the Talmud faculty.

Shaul and Andi are collaborating with Nigel on a new project, Living Under Water: Jewish responses to the environmental crisis. 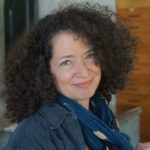 Andi Arnovitz lives and works in Jerusalem, Israel. She is a conceptual artist, using etching, digital information and various printmaking processes, as well as fabric, thread and even porcelain to create both print series, artist books and large-scale installations. These pieces explore various tensions that exist within religion, gender and politics. Andi holds a BFA from Washington University in St. Louis. Prior to becoming a full time artist Andi was an art director for several international advertising firms.

Andi has exhibited her work in England, China, The United States, Israel, Spain, Poland, Finland, France, Germany, Lithuania, Canada, Italy, Mallorca and Bulgaria. She has had many one-woman shows and participated in multiple group shows. Her work is in many private collections in both the United States and in Europe, as well as major universities, museums and institutions, including the US Library of Congress, the Israel National Library, The Museum of Art in Ein Harod, The Islamic Museum, Yeshiva University Museum, The Museum of the Diaspora, Yale University, UCLA, and The Smithsonian Museum of American History. You can see more of her work at andiarnovitz.com 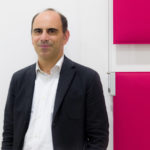 Shaul Bassi is Associate Professor of English and director of the Center for Humanities and Social Change at Ca’ Foscari University of Venice. He is the co-founder and president of Beit Venezia. A Home for Jewish Culture and was the coordinator of the cultural projects related to the 500th anniversary of the Ghetto of Venice (1516-2016), where he spearheaded the production of the first performance of Shakespeare’s The Merchant of Venice in the Ghetto. He is the co-founder and former director of Venice international literary festival Incroci di civiltà. His books include Shakespeare’s Italy and Italy’s Shakespeare: Place, “Race,” and Politics (2016) and Essere qualcun altro. Ebrei postmoderni e postcoloniali (2011). 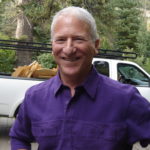 Andrew L. Stern is the former president of the Service Employees International Union (SEIU), and the most successful union organizer, and one of the most important social justice advocates of his generation. Stern was a senior fellow at Columbia University. He is now a Senior Fellow at the Economic Security Project.

He is the author of two books, A Country That Works (2006), and Raising the Floor: How a Universal Basic Income Can Renew Our Economy and Rebuild the American Dream (2016). 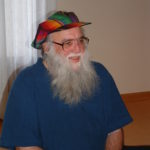 Rabbi Arthur Waskow – Director, Shalom Center (Jewish Ethics). Since 1969, Waskow has been one of the leading creators of theory, practice, and institutions for the movement for Jewish renewal. In 2014 he received the Lifetime Achievement Award as Human Rights Hero from T’ruah: The Rabbinic Call for Human Rights. In 2015 the Forward named him among “most inspiring” Rabbis in the US. Among his 22 books are Godwrestling (1978), Down-to-Earth Judaism, Godwrestling — Round 2 (1996) and Torah of the Earth. He also wrote the pioneering essay Jewish Environmental Ethics: Adam and Adamah in the Oxford Handbook of Jewish Ethics. He is a member of the Steering Committee of Interfaith Moral Action on Climate (IMAC). He had primary editorial responsibility for two pioneering anthologies on eco-Judaism – Trees, the Earth, and Torah: A Tu B’Shvat Anthology and Torah of the Earth: Exploring 4,000 Years of Ecology in Jewish Thought. 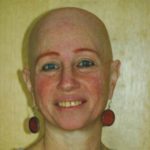 Rabbi Phyllis Berman is the founder of the Riverside Language Program in New York City for adult immigrants and refugees, and was its director until her retirement in 2016. She is a teacher and prayer leader in the Jewish Renewal movement as well as a political activist who writes about and has been arrested for non-violently protesting for immigrant rights. Berman has been actively involved in the Jewish Renewal movement, serving as Director of the Summer Program of the Elat Chayyim Center for Healing and Renewal, co-leading retreats for the Awakened Heart Project and at the Hazon/Isabella Freedman Jewish Retreat Center, and teaching at ALEPH kallot. She was ordained by ALEPH in 2003 and has been recognized for her spiritual activism.

She has co-authored books with her husband Rabbi Arthur Waskow including Tales of Tikkun: New Jewish Stories to Heal the Wounded World, A Time for Every Purpose Under Heaven: The Jewish Life-Spiral As a Spiritual Journey, Freedom Journeys: Tales of Exodus & Wilderness across Millennia, and The Looooong Narrow Pharaoh & the Midwives Who Gave Birth to Freedom. Her articles have been published in magazines and online. 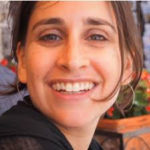 Rabbi Shuli Passow is a Jewish educator and communal professional, currently serving as the Director of Community Engagement at B’nai Jeshurun in New York City. She brings her background in community organizing to oversee Israel, social justice and hesed programming; build new opportunities and pipelines for lay leadership; and develop innovative structures to engage and connect synagogue members. Prior to her ordination from the Jewish Theological Seminary, Shuli was the Director of Community Initiatives at the Jewish Funds for Justice (now Bend the Arc: A Jewish Partnership for Justice), where she worked with synagogues across the country to support their involvement in congregation-based community organizing. Shuli has more graduate degrees than she cares to admit, but is most proud of the learning she has done outside of any academic institutions: becoming an open water S.C.U.B.A. diver, being certified as a yoga instructor, and, most importantly, being a mother.  She lives in Manhattan with her husband and their two sons, and aspires to one day play the ukelele. 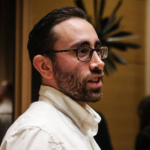 Dani Passow is the Orthodox Rabbi at Harvard Hillel and a Harvard Chaplain.   He has also worked as a research scientist in The Program in Placebo Studies and at The Brigham and Women’s Hospital at Harvard Medical School, and has published multiple papers in peer reviewed science journals.  He is currently a graduate student in biostatistics at the Harvard Chan School of Public Health.  Dani received his rabbinic ordination from Yeshivat Chovevei Torah and also studied at Yeshivat Maale Gilboa and Yeshivat Har Etzion. 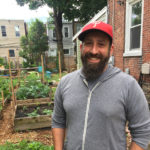 Nati Passow is the Cofounder and former Executive Director of the Jewish Farm School z”l and an Assistant Professor in sustainable food systems at Temple University. He has been working at the intersection of Sustainable agriculture, food justice, and Jewish traditions for over 15 years. Nati lives with his family in West Philadelphia and has been busy planting seeds in his garden and hanging with his kids. 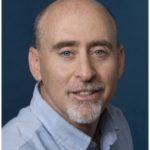 Alon Tal is founder of the Israel Union for Environmental Defense, and the Arava Institute for Environmental Studies; and a co-founder of Ecopeace: Friends of the Earth, Middle East;This is My Earth; the Israel Forum for Demography, Environment and Society; Aytzim: Ecological Judaism; and the Green Movement political party. Tal was appointed chair of the department of Public Policy at Tel Aviv University in 2017. 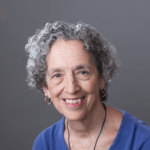 Ruth Messinger, President of American Jewish World Service (AJWS) from 1998 to July of 2016, is currently the organization’s inaugural Global Ambassador working to engage rabbis and interfaith leaders on behalf of oppressed and persecuted communities worldwide. She is a member of the World Bank’s Moral Imperative Working Group on Extreme Poverty.

Ruth is also currently doing international human rights work for AIDS Free World and serving as the inaugural Social Justice Fellow at the Jewish Theological Seminary of America, and as the Social Justice Activist-in-Residence at the JCC of Manhattan.

Ruth has awards from many national Jewish organizations and honorary degrees from five major American rabbinical seminaries. Ruth is an active member of her congregation, the Society for the Advancement of Judaism, and serves on the boards of the National Committee for Responsive Philanthropy, Hazon, Aegis Trust and Surprise Lake Camp. She holds a B.A. from Radcliffe College and an M.S.W. from the University of Oklahoma. She is married to Andrew Lachman and has three children, eight grandchildren and two great-grandchildren.

Rabbi Susan Silverman is a Reform rabbi and the sister of comedians Laura Silverman and Sarah Silverman. She and her husband, Yosef Abramowitz, co-authored the book Jewish Family and Life: Traditions, Holidays, and Values for Today’s Parents and Children. She worked as a congregational rabbi in Maryland and as a Jewish educator in Boston and moved to Israel in 2006.

Yosef Abramowitz is President and CEO of Energiya Global Capital as well as co-founder of the Arava Power Company. He is an activist and former candidate for President of Israel.