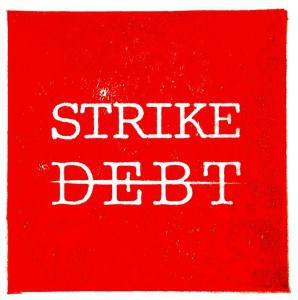 In the third and final mention of Shmita in the Torah, the concept of Shmita expands to directly influence economic and monetary systems. Until now (sources in Shemot & Vayikra), Shmita texts have been specifically in reference to land, agricultural practices, and annual harvests. Here, with the text of Devarim, the picture and implications of the Shmita Year is complete: Along with the practices of leaving land fallow, opening private lands as commons, collectively sharing the harvest, we are also to synonymously forgive debts. Once the Seventh Year arrives, all loans which are outstanding are released and all debts are cancelled. Here are some thoughts to consider regarding this practice (see the full text here):

Shmita paints quite an ideal version of economy, one which we have not been able to live up to as a collective society. During Talmudic times, Hillel the elder (of ‘Love your neighbor like yourself’ fame), saw firsthand the backlash against Shmita: Those with money were not giving loans, out of fear that the borrowers would never repay them. To ‘save’ the economy, he instituted a legal decree transferring the loans to the public court for the Shmita year, as a way to bypass, and essentially put an end to, the peer-to-peer debt release.

The economic release as called forth by the Shmita paradigm reaches to the core of our human story and ego, within our own internal psyche, and our cultural structures (such as banking, politics, business). Shmita brings up potent questions, in a real sensitive area, inviting us to examine our relationship with money, with wealth, with ownership, truly in the context of community (mutuality, faith, trust, generosity). Today, with a national debt of over $16 trillion dollars, an average of $52,000 debt per person, and the rise of the Occupy Movement (and their Rollingjubilee.org campaign), the moment is as ripe as ever to explore how we can translate Shmita values and ideals into actual economic practice.

Yigal Deutscher is Manager of the Shmita Project at Hazon. He is also the founder of 7Seeds, an educational project envisioning a renewal of the Shmita Cycle, grounded in Hebrew mythology and Permaculture Design strategies. For more info, visit 7seedsproject.org

Nigel Savage at Ohev Shalom Scholar-In-Residence Weekend
How Do You Spell Tu B’Shvat?